The first rule of glaze testing is never mix up a big batch of glaze and glaze a kiln load of work with it. Unless you enjoy heartache, with any newly mixed glaze, you should always test first on glaze test tiles.

Glaze test tiles can come in all shapes and sizes and it is a good idea to make them in the same way you make your work. If you are a thrower, throw them; a slab builder, slab build them; a pincher, you got it, pinch them. But Steve Loucks makes a good case for making them in a wide L-shape no matter which method you use. In today's post, an excerpt from the Ceramics Monthly archive, Steve explains why he makes his glaze test tiles the way he does and why you should consider it too. – Jennifer Poellot Harnetty, editor.

PS. Check out this video for more tips on ceramic test tiles!

I have been testing glazes for many, many years and have either developed all of my own glazes or adjusted others to suit my glaze application methods and firing schedules. I prefer to use this L-shaped test tile design that I first came up with in graduate school when I taught the Raw Materials Lab class for my graduate assistantship under Val Cushing at Alfred University. During the class, we conducted tests using the conventional methods. After the fusion button tests, where we dropped mounds of ingredients into small divots in a flat slab tile, I thought, who would ever apply a glaze in this manner? Is this really applicable for ceramic artists? So, I conducted the tests again with the same ingredients in the same percentages, but utilized my L-shaped test tiles.

The results were very different and much more meaningful. Instead of a series of glassy bubbles, they looked like glazes. I moved on to other material tests, adding lithium carbonate in 10% increments into 100% nepheline syenite with 2% copper carbonate added as a colorant to see the results better (see 1). I have used this method ever since for all of my glaze testing. 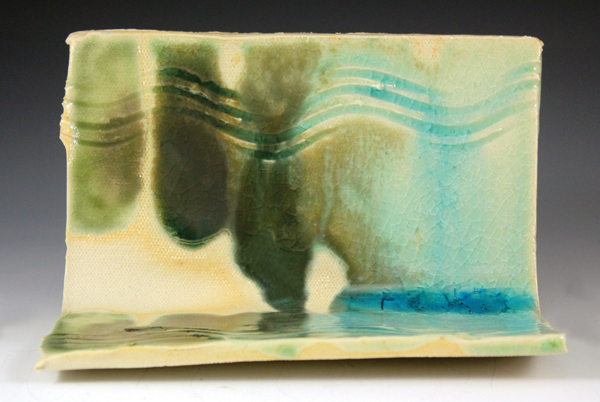 My L-shaped glaze test tile design is ideal for glaze testing for several reasons. It effectively tests the influence of adding an ingredient to a glaze in five consecutive increments (0%, 10%, 20%, 30%, 40% in my examples) all on one test tile. This test tile clearly reveals how much and to what extent the ingredient influences the glaze. It also tests vertical flow and horizontal pooling, how the glaze breaks over texture, how it looks over a slip if that is desired, and very importantly, all the testing information is written on the back of the tile with an underglaze pencil, so it cannot be misplaced or lost. 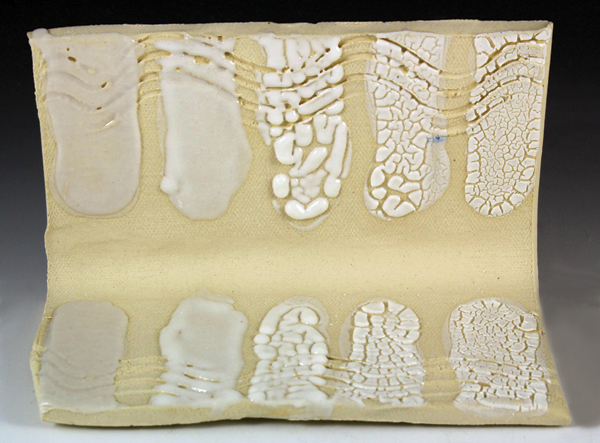 Make up some of these test tiles and test this crawling glaze recipe!

Check out Ceramic Recipes for more glaze recipes to try!