Appears in the Jan/Feb 2017 issue of Pottery Making Illustrated. 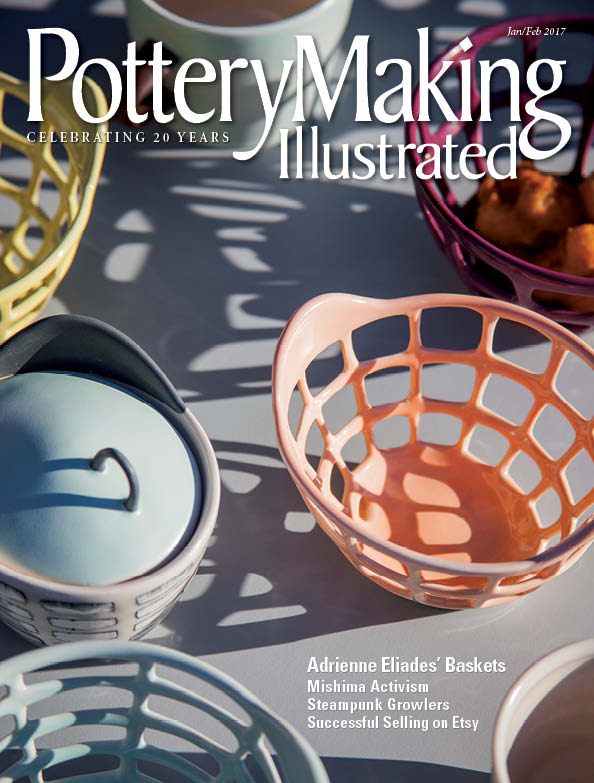 I first started working with crawl glazes in the mid 1990s. Initially I was trying to solve a problem with my lithium carbonate-glazed work. I worked with a mixture of 100% lithium carbonate and 5% copper carbonate for many years and got fantastic results, most of the time. The lithium carbonate mixture gave my pieces a feel of unearthed antiquities, but, at times, I had a problem with shivering. Shivering occurs when a glaze undergoes too much compression, causing slivers of the glaze to flake off, usually at the edges of a piece. Refiring would only make it worse, so I had to put my thinking cap on. If I were to put a glaze over the already-fired lithium glaze to try and salvage the piece, I would have a problem with the glaze running, as lithium carbonate is such a strong flux. That is when the idea of making crawling glazes popped into my head. I knew that loading up a glaze with clay or magnesium carbonate would make it less likely to run, and so began the endless experiments.

I started out by adding varying percentages of magnesium carbonate to my existing glazes, and this worked quite well. Cheered on by these early tests, I started to look for low-fire crawl glaze recipes to test and settled on one called Mark’s Crawl. I can’t remember where I first came upon it, but it was likely in an old Ceramics Monthly article. It’s the main crawl glaze that I use today. Other crawl glazes I work with are ones I have doctored by adding magnesium carbonate. The fun thing about crawl glazes is that, using this method, you can make virtually any glaze crawl, so the possibilities are endless. Through the years though, Mark’s Crawl recipe has remained my favorite.

My crawling glaze pieces are low fired to cone 06–04, as I find that firing in the lower ranges gives a wider color palette—and it’s cheaper and easier on the kiln. 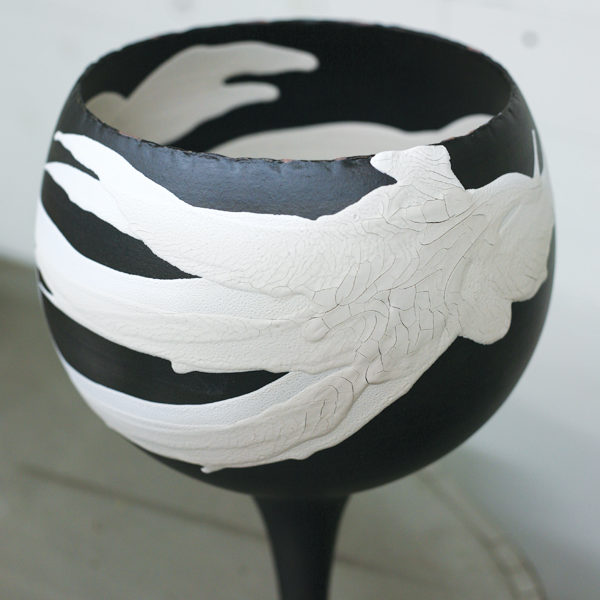 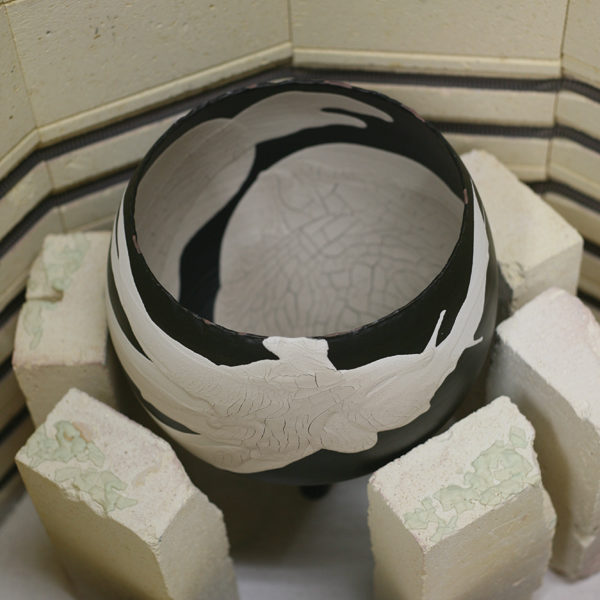 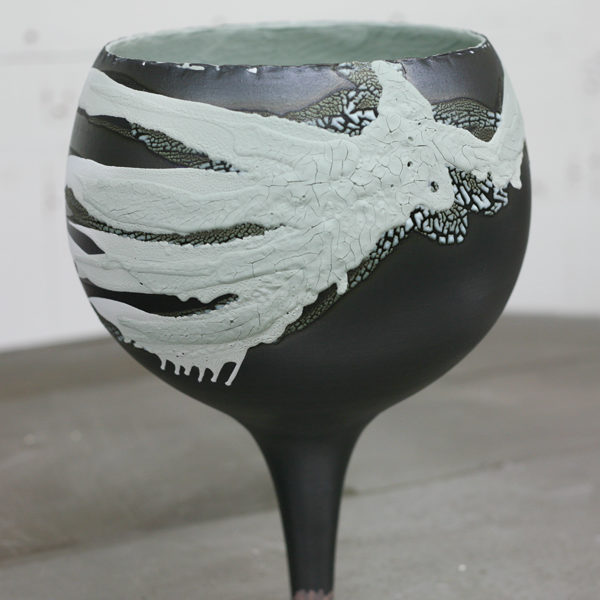 The crawl glazes are applied over a fired base layer of terra sigillata or underglaze (1). The crawl glaze will respond differently depending on how it’s applied. You can pour, dip, or spray the glaze over your base layer. Pay attention to how the glaze looks when it dries as this will give you clues as to how it’s going to shrink in the firing. If the glaze flakes off before firing, it’s likely because it has been applied too thickly. Adding gum to the glaze can help, but generally, getting the right thickness is something you learn from close observation and a lot of tests. The glazes can also flake off during the firing, so it can be helpful to make a protective wall around pieces (2). I use fire brick for this and apply lots of kiln wash to the shelves! 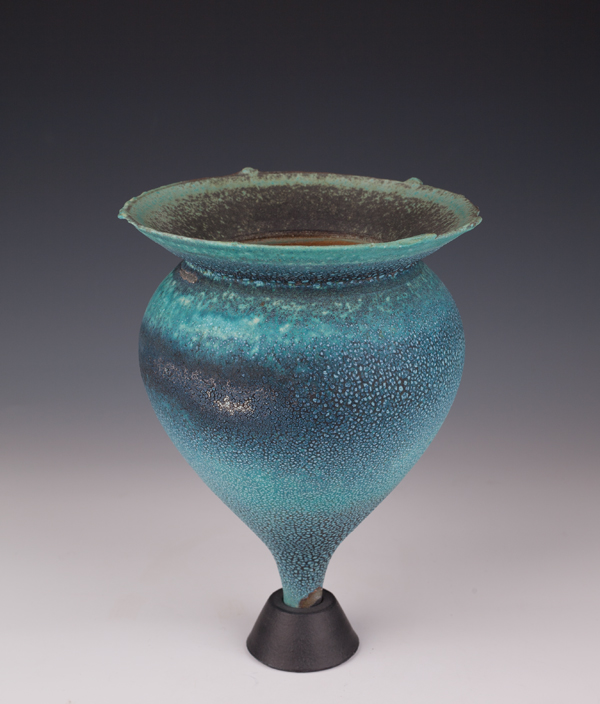 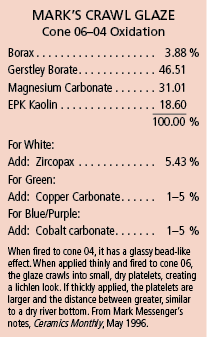 To create different colored crawl glazes, I add oxides to the base. I’m constantly tinkering with my glazes so these recipes are meant only as a guide. The work you do may well turn out differently, as so many factors can affect the finished product: the thickness of the glaze, color of the terra sigillata or underglaze your applying it to, where you source your materials from, firing temperature, and the number of times it has been fired. Layering the glazes through multiple firings can bring interesting results and a lot of variety to the finished pieces (3). You can layer and fire many times. Be brave and play around to discover the many ways crawling glazes work.

Mary Fox will be exhibiting in “Fractal Nature: Works Exploring the Theory of Chaos” at the NCECA conference in Portland, Oregon, March 22–26, 2017. 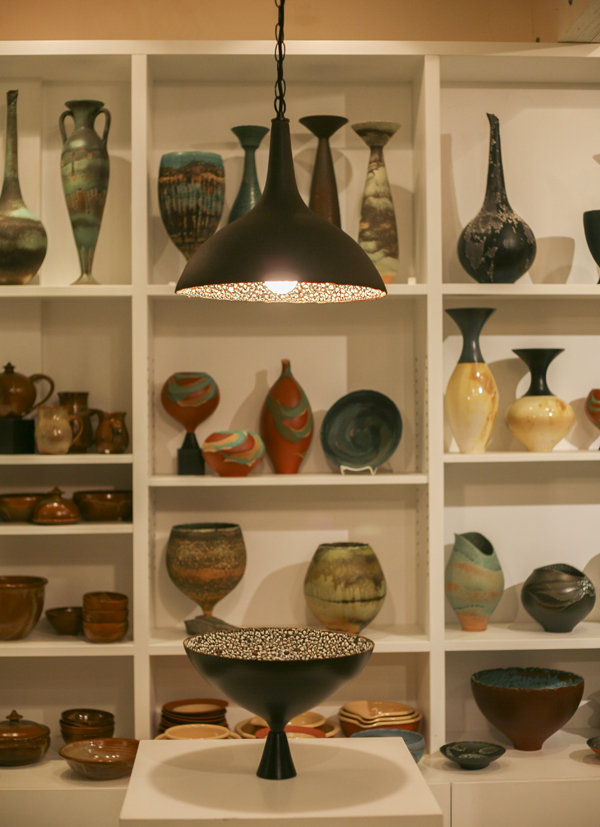 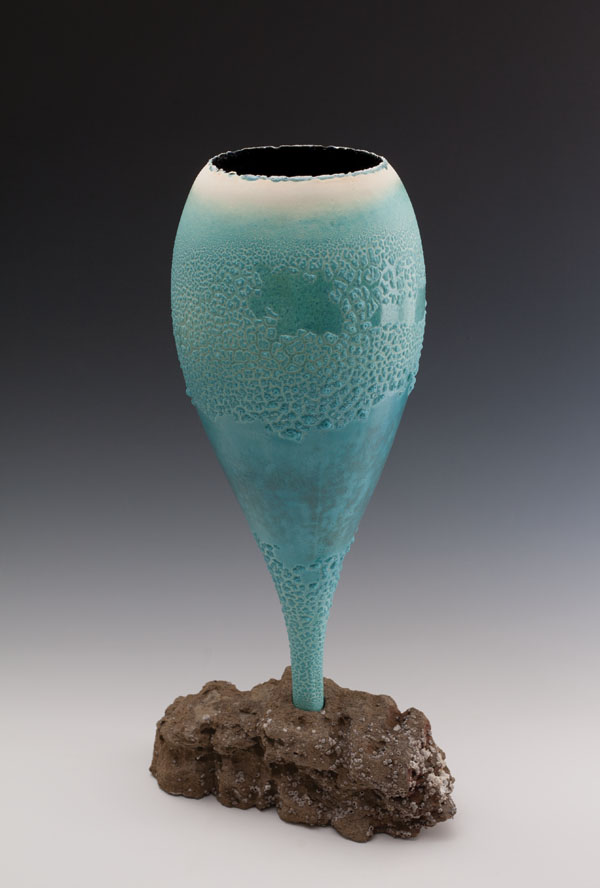