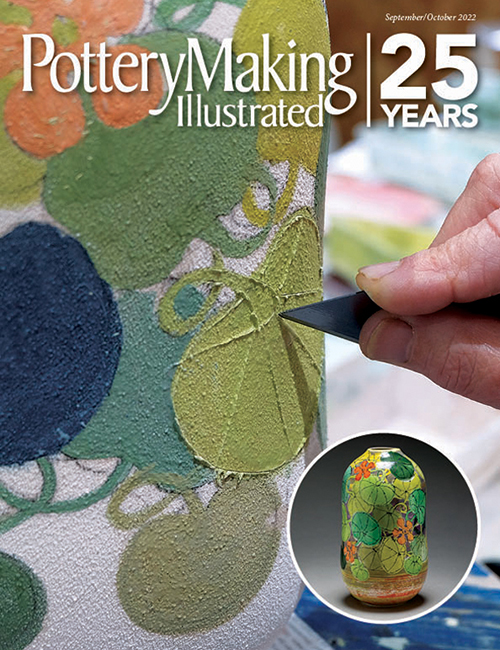 It is no secret that I abhor clutter. I have often been teased, “if it’s not nailed down, Holly will throw it out!” I spend a lot of time moving things around from one pile to another in my home, in the studio, at the office. I call it decorating, but it’s really an attempt to manage what I feel is chaos. But, and this is a big but, I make an exception when it comes to the ceramic surface. I hopelessly gravitate toward a “more is more” aesthetic. I love a good cup (or any vessel) covered with pattern that invites me to turn the pot around in my hands and discover the entire surface. I relish in a piece brimming with pattern or texture, where the bottom and the interior compete with the exterior for the user’s interest.

These conflicting philosophies collide in my own studio practice, where for years I made multiples of small pieces, assembled them to create a repeated pattern on the walls, and finally whitewashed them to minimize the overwhelming amount of parts. Now, this variation of minimalism extends to my vessel making too, with the application of monochromatic surface transfers with repeated textures that create an overall pattern. 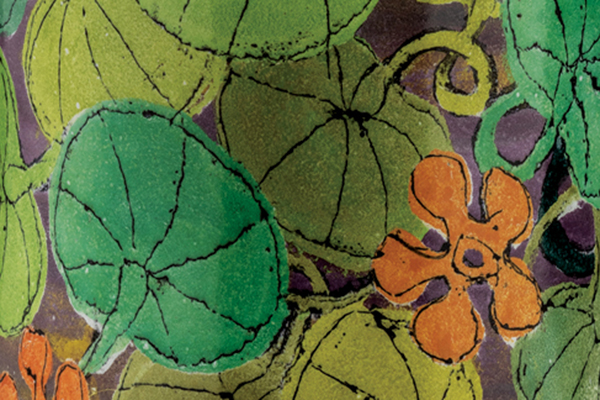 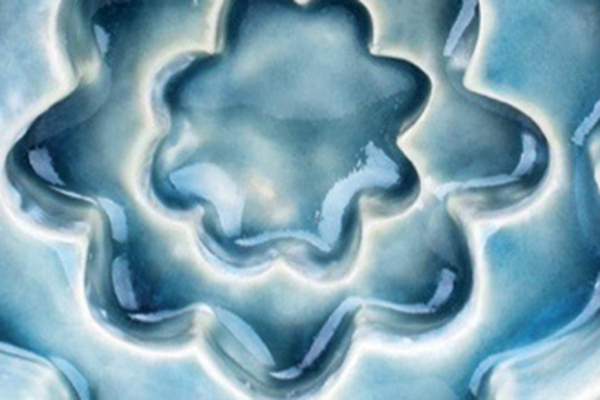 So, I find myself evolving and trying to loosen up my less-is-more lifestyle mantra. After all, there has always been power in numbers. However, there’s a difference between mere clutter and objects that make up a pattern. Minimalist artists understand this. Multiples of an object add meaning to even the most mundane of pictorial depictions. The smallest things can become grand in scale when displayed or depicted in a group, as a whole. There is a common element between works relying on many components and those that present only a few brush marks or simple throwing lines marking the change in the direction of the form. It is intentionality—being deliberate and discerning whether the aesthetic is spare or abundant, containing and controlling what might otherwise look unfinished or devolve into clutter. Successful work that has a lot going on is maximal without becoming overwhelming. It follows a “more is less” mantra, if you will. 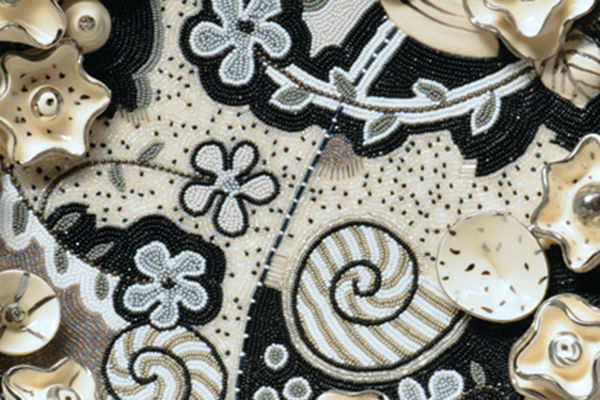 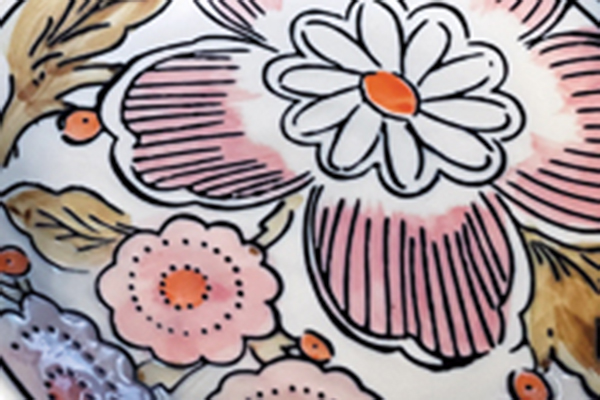 In this issue, we embrace the more-is-less philosophy and look to artists who embrace the ceramic surface and form with gusto. Lisa Katzenstein (1) covers her vessels with a neo-majolica painting technique. Indigo Cristol (2) builds her cups with repeated sections of the same die-cut segments. Madeline Kaczmarczyk (3) blankets her forms with an intense post-firing, beaded design. We bring back Molly Hatch’s (4) article on learning to develop repeat surface patterns. Wade F. MacDonald (5) deftly manipulates simple but intricate dot patterns to delineate the shifting planes on his cups. And Skylor Swann (6) prides himself on embellishing his forms at every stage in the making process, starting with altering the thrown cup, adding multiple sprig-like elements, masking and glazing the surface, and finally adding pops of luster. 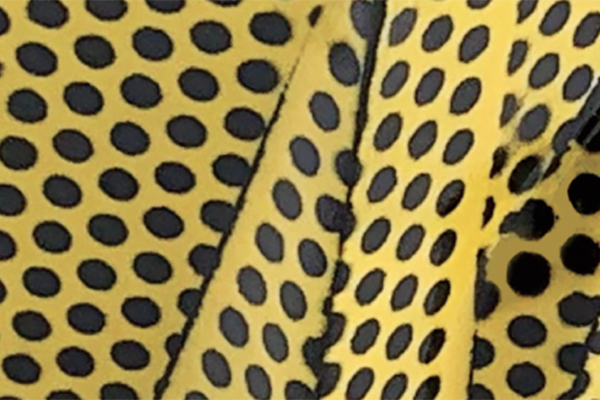 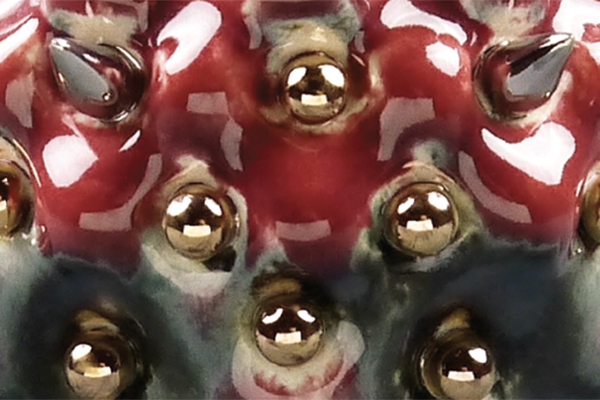 So, the next time you are in the studio and you’re staring at a blank surface, try something, then do it again and again and again. See what you get; you may just end up liking it. Happy making!