Appears in the Jul/Aug 2016 issue of Pottery Making Illustrated. 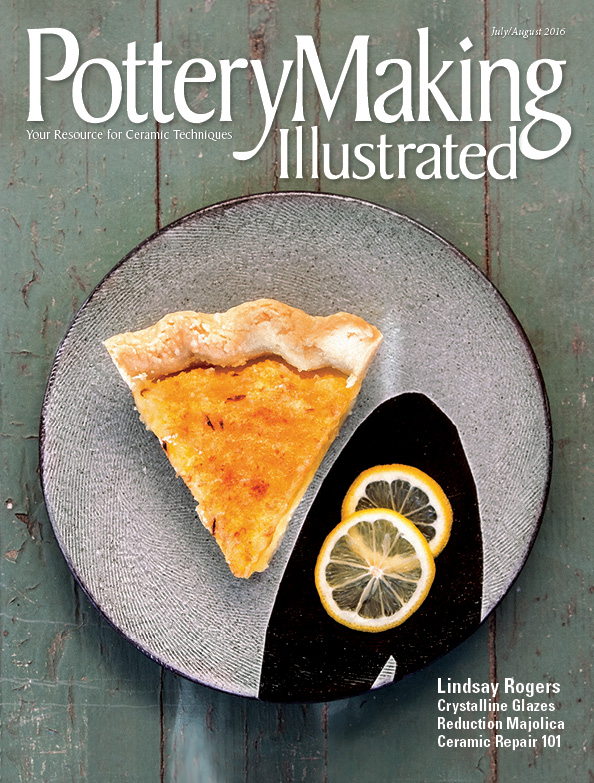 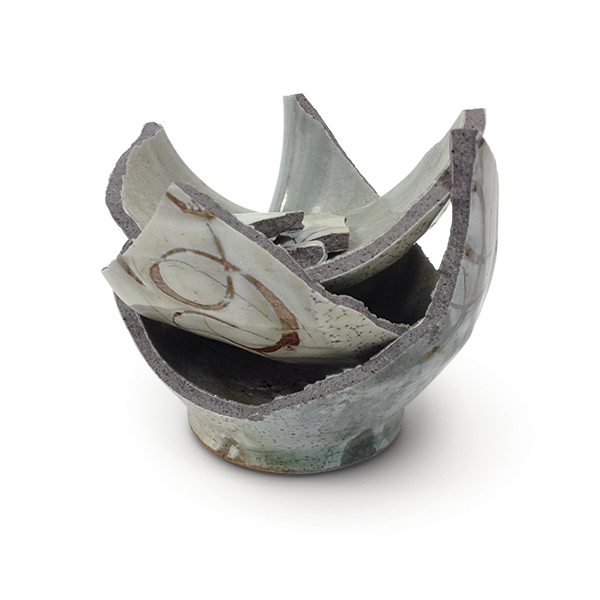 I believe there are two camps in ceramics when it comes to wood/salt/soda firing. One includes people who perceive them as laborious efforts in chaos that rely on smoke and mirrors to create surface decoration. And then there’s the other camp, which includes those who know better. I like to think I’m in the latter camp. Someone who has studied ceramics enough to understand the rich history of the different approaches to using fire to make pots

Then, last week I was walking to the kitchen to fill up my cup (see above) and with too cavalier of an arm swing, it slipped from my hands and crashed to the floor. [Insert gasp here.] In the instant it shattered I immediately thought, well that’s that, it was soda fired and it will be impossible to replicate. There are so many variables to atmospheric firing—kiln size, a pot’s location in the kiln, soda application and amount, oxidation or reduction, amount and length of reduction, etc.—that are hard to repeat because some of the effects depend on collaborating with the kiln. I lamented that I’ll never have another one like it again. Suddenly I found myself in the first camp with my biases exposed.

While putting this issue together on what contemporary studio potters are doing with special effect surfaces and firing techniques, I wondered, how is it that the featured artists take on what so many of us think of as an unpredictable process and turn it into not only a reliable success, but also continuously produce consistently beautiful pots?

Saura Vignoli from Bottega Vignoli in Faenza, Italy, uses a largely unknown technique of reducing her kiln with a mixture of sugar and alcohol to create a luster-like effect with majolica glazes. Matt Schiemann sketches the results from each of his wood firings so he can make informed decisions on subsequent firings. Ian Childers has spent the better part of the last fifteen years perfecting some of the fussiest glazes and firing schedules in ceramics as he works with crystalline glazes, and Matthew Krousey (see broken cup above or the article for fully intact pots) has honed his skills with bisque and leather-hard slips to the point where he can curate his palette in each soda firing.

So, it turns out, the only lack of control is in my ability to juggle ceramic cups. Luckily, Lakeside Pottery is teaching us the fine skill of repairing all things ceramic. Before I convince Matthew to make me a similar cup, which I’m sure he can, I think I’ll try my hand at epoxying it back together, just so I have something to look at before the new one arrives.