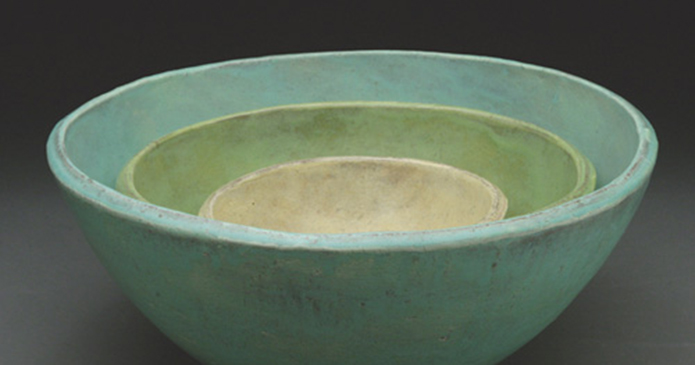 I looooooooooooove a matte glaze, especially those really buttery matte glazes that beg to be caressed. But I have to admit, other than some very basic information, I didn't really have a good understanding of what makes a glaze matte...that is, until I read this Technofile article in Ceramics Monthly.

Today, I am sharing that Technofile article. These little Technofile nuggets are incredibly helpful, so stay tuned to CAN for more excerpts and check out Ceramics Monthly each month to make sure you see them all! - Jennifer Poellot Harnetty, editor.

Most people can easily distinguish a matte glaze from a gloss glaze, but the optical phenomenon, as well as the chemistry responsible for these glazes, is much more mysterious. A matte glaze is not simply an underfired glaze and, depending on the formula, the dry or non-gloss surface may actually be a slip or terra sigillata—not a glaze at all. If you’re not sure whether matte glazes are appropriate, there are some simple rules to help decide when a matte glaze may be right for your work. 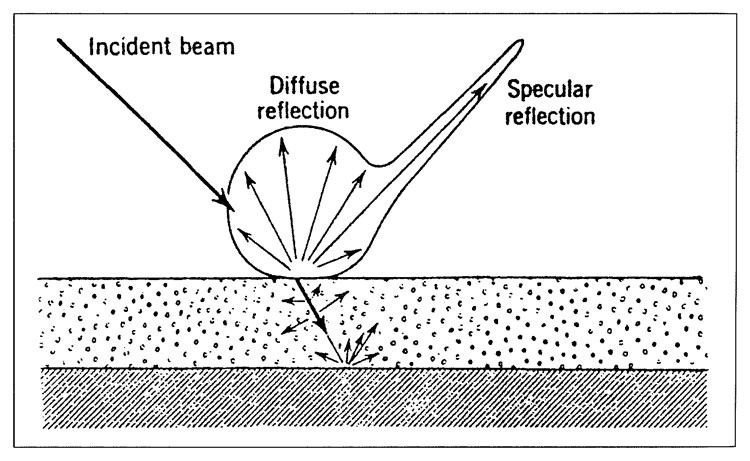 First we’ll discuss the general physical/optical phenomenon that makes a glaze matte. To understand matte, we need to understand gloss. Glossy glazes are those that reflect light in a “specular,” coherent, mirror-like fashion so that you can see reflected images. Glossy glazes are very smooth, smooth on the scale of the wavelength of visible light (390nm–750nm, where a nm is ~1/400,000,000 of an inch). Thus any bumps, pits, or undulations on the glaze surface are smaller than approximately 390nm or 1.5/100,000 inch, so as far as the light is concerned the surface is perfectly smooth. If the light’s wavelength is larger than the bump, then you won’t be able to see the bump. Conversely, the protruding crystals in matte glazes are larger than this and therefore scatter the light.

Get to know glazes with Glazes and Glazing, one of the great titles in the Ceramic Arts Handbook series!

Dictionary definitions of matte often use the word “dull,” but that isn’t very informative for our purposes and it doesn’t hint at the many good reasons to use a matte glaze. Matte glazes can be just as “bright” as gloss glazes, if brightness is referring to the amount of light reflected. A more useful definition for us is that a matte glaze is one that isn’t glossy because it scatters reflected light in many or all directions. It scatters the light because it doesn’t have the super-smooth surface of a gloss glaze. However, since we’re talking about smooth on a microscopic scale, a matte glaze can still feel very smooth. In fact, some matte glazes feel smoother than any gloss glaze, because the reduced contact area caused by the tiny, regular bumps actually diminishes the friction-causing attraction forces between the glaze surface and your finger.

By far the most common origin of matte glazes is devitrification, which is the formation of crystals within the glaze during the cooling phase after firing. This type of matte glaze relies on having higher concentrations of certain oxides within the glaze ( see below), and also may require a particular (slower) cooling schedule after the firing. The dependence on cooling rate is why some glazes will end up matte when fired in one kiln and shiny in a different, faster cooling kiln. It is also why some matte glazes come out of some firings feeling smooth, but then come out of other, slower-cooled firings with a rough surface due to larger crystals on the surface of the glaze. A less common way to make a matte glaze is to incorporate some coarser raw materials into the raw glaze. Since many refractory materials rely on close association with the fluxing oxides in order to melt, some materials that will fully fuse if they are finer will not melt into the glass if they are coarse. These unmelted inclusions can cause microscopic light scattering bumps in the fired glaze. This can happen either where the glaze is applied thinner so the surface tension of the molten glaze is unable to pull the particle below the surface, or all over where the different thermal contraction of the unmelted inclusion causes it to protrude after cooling. Many historic glazes are matte because of coarser materials, but it is unlikely to happen in your studio if you are using standard commercially obtained raw materials, since these are ground very fine.

It is also possible to make a shiny glaze matte after firing by sandblasting or other means of mechanical abrasion. This can be an especially useful method if you desire a transparent or translucent matte glaze, something that is very rare using the other two methods. Oxides commonly employed to create matte glazes are MgO, CaO, SrO, BaO, Al2O3, TiO2, ZnO, and MnO. Silica is often a component of the crystals, but since it is in all glazes in large amounts, it is not listed.

The required amount of any oxide depends on the identity and quantity of other oxides present, the firing temperature, and many other variables such as what clay it is applied to. Matting oxides are often used together. Some crystals grow on the surface of the glaze, and others start at the clay/glaze interface and grow up through the entire thickness of the glaze.

The growing crystals have a different oxide composition than the remaining glaze, and the surrounding glaze is now somewhat depleted of the crystal oxides, resulting in two different materials that usually have very different properties. This is why most matte glazes are opaque, and why they are often a very different color than very similarly composed shiny glazes.

Matte: An adjective or noun pertaining to a (glaze) surface that diffusely reflects light.

Glossy: In this context, it is the same as shiny or lustrous. Adjective describing a surface that reflects light in a specular (mirror-like) way.

Gloss: The amount of incoming light that is specularly reflected rather than absorbed or diffusely reflected.

Crystalline: A crystalline material is one in which the constituent atoms, molecules, or ions are arranged in an orderly repeating pattern extending in all three spatial dimensions.

Microcrystalline: A material in which the individual crystals are so small that the crystals are only visible through microscopic examination.

Morphous Solid: A solid, such as a glossy glaze, in which there is no long range order in the arrangement of the constituent atoms, molecules, or ions.

Devitrification: The formation of crystals in a melted glass or glaze that happens in the kiln during the cooling phase after the firing.

Diffuse Reflection: Reflection of light from a surface where the incoming light is reflected in many or all directions.

At least as important as understanding what makes glazes matte is awareness of important aesthetic and functional considerations involved in deciding between matte and shiny glazes for your work. If your piece has intricate textures or drawings, or a slightly irregular surface, a matte glaze can eliminate distracting reflections that would prevent easy viewing. If your work has simple, precise surfaces, you might want a glossy glaze to show this off.

Keep in mind that there are many different kinds of matte. They all look a little different, and they can be very different to the touch. For instance, magnesium mattes often are described as having a “butterfat” feel, while barium and strontium mattes offer some unique bright colors while being very dry. There are many different degrees of matte, with a “satin” matte about halfway between a dry matte and a gloss glaze. If you look for these subtleties you will be in a better position to make the right glaze choice for your art.

You might be tempted to modify your favorite glossy glaze to turn it into a matte, but remember that any change to a glaze’s recipe will affect all of its properties, not just the one you were trying to change. You are probably better off finding a recipe for a glaze that is already matte. Millions of glaze tests have already been run, so you can probably find a recipe that is very close to what you want. Decide what you want in texture and color, then find a recipe that has the appropriate dominant fluxing oxide(s) and appropriate colorant(s). Some testing and alteration may be necessary to adjust the glaze to your exact tastes and your particular combination of clays, firing, and application methods.

Don’t take anybody’s word on the safety of a particular recipe. Even if it was safe under their circumstances, small change in materials, firing, and clay could result in an unstable glaze. It can be harder to recognize an unstable matte glaze because a heavily leaching surface will not evidence itself with loss of gloss as it would in a glossy glaze. The only way to be sure is to have them lab tested.