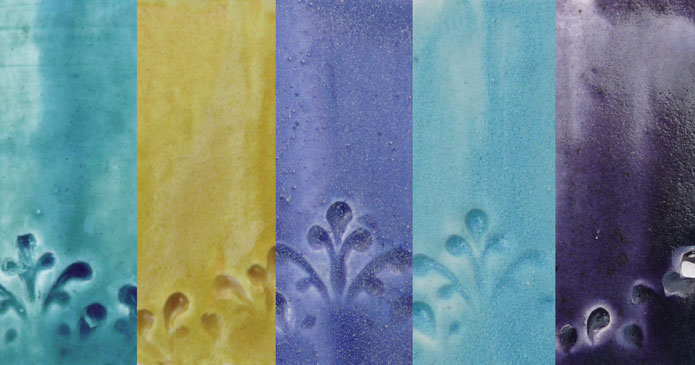 Alkaline glazes are popular low-fire ceramic glazes that can create bright beautiful colors without lead. As with a lot of low-firing glazes, they are a bit on the soft side, so testing must be done for food surfaces, but they are excellent for decorative applications.

PS. For more images from Cheryl’s glaze tests, pick up your copy of Low-Fire Glaze Recipes and Special Projects.

Alkaline glazes, perhaps best known for producing the classic Egyptian turquoise color, date back thousands of years and were found in Persia, China, and Mesopotamia. The alkaline glazes’ strengths are their ability to produce brilliant, clear colors at earthenware temperatures without the assistance of lead. On the downside, they are relatively soft glazes in the low-fire range, are prone to crazing, and can remain soluble even after firing. For these reasons, they are best suited for decorative applications rather than for functional ware. 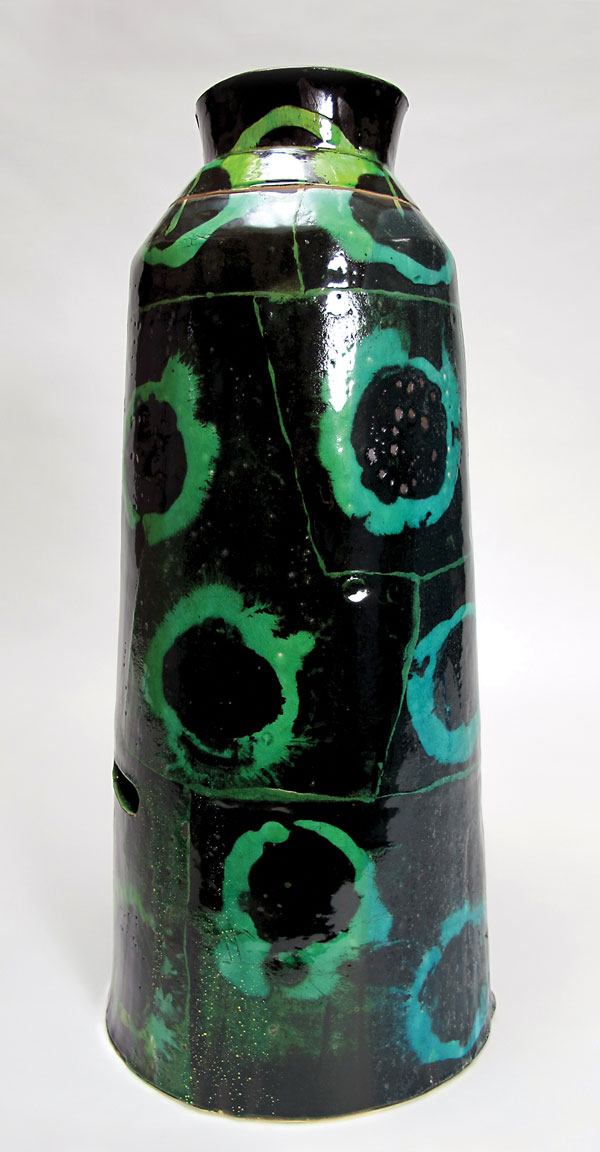 Richard Behrens tested low-fire alkaline glazes and reported the results in the April 1967 issue of Ceramics Monthly. I re-tested these recipes with the following results and conclusions.

The Clear Glaze takes special consideration because of its soda ash content. For greatest ease of mixing, dissolve the dry ingredients into very hot water. If you forget to do this, you’ll end up with small granular soda ash bits that can’t be crushed and incorporated into the recipe. Behrens addresses the challenge of using soda ash in a glaze recipe, noting that soda ash is soluble and can separate from the other glaze materials and soak into the porous clay body. If the glaze is mixed too far ahead of time, the soda ash crystallizes in the glaze mixture, settles to the bottom of the mixing container, and becomes hard as a rock.

Behrens has some solutions for dealing with soda ash’s solubility including bisque firing a clay body to a higher temperature, thereby lessening its porosity. He also suggested the clay body recipe included here as an option. And, lastly, don’t let too much time pass between the mixing and applying the glaze. The Clear Glaze that I mixed up was still fine after 48 hours.

Note: There may be advantages to using gum additives to ease application if working on larger pieces. If you have difficulty getting the soda ash to disperse in the glaze, try mixing it with rubbing alcohol instead of water.

The Matte Glaze gave a subtle orange peel texture and became more textural with a thicker glaze application. Textures also varied depending on the various oxides added. Matte Glaze was most noticeably textured when titanium oxide was present. Bright Glaze I developed the most crazes, but I found little crazing in Matte Glaze and Bright Glaze II.

The Clear Glaze developed more of the orange peel texture than the Matte Glaze did, and was not as clear as Bright Glaze I and II. All glazes produced the classic turquoise color with 3% copper carbonate added. I attained the predicted cobalt blue color with 1% cobalt and a straw color with 5% red iron oxide. The Matte Glaze produced the most even coloration with the iron oxide addition. Base Glazes I and II with 5% iron oxide varied greatly depending on thickness of application, producing a red-brown color in thinner areas.

Behrens recommends adding 7% tin or titanium to all of these glazes to produce a good opaque glaze. He states that adding colorants will produce “pleasant tints.” 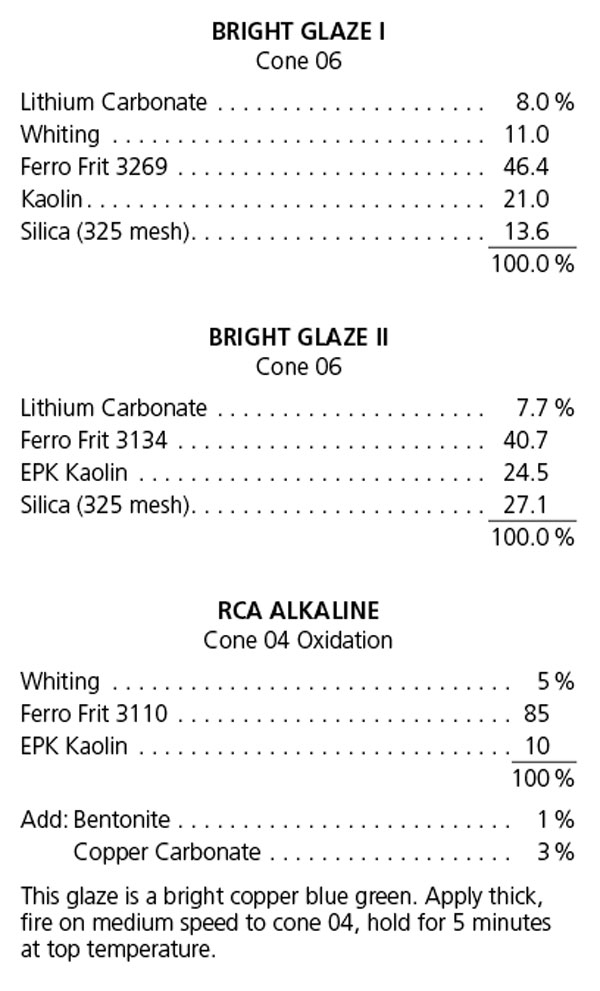 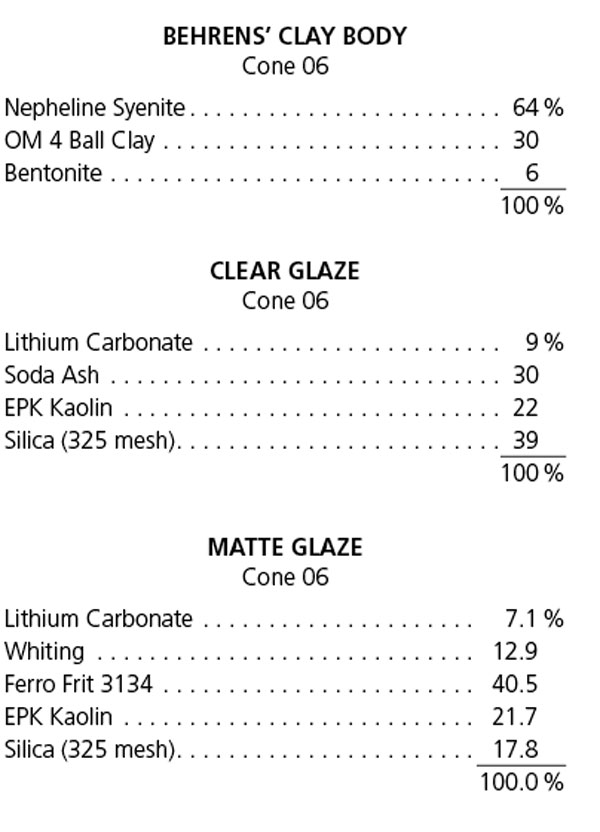