One Hundred Jars: A Potter Fulfills a Personal Challenge and has a Hugely Successful Sale to Boot Daniel Johnston

A while back some beautiful large jars by North Carolina potter Daniel Johnston graced the cover of Ceramics Monthly (see cover here). At the time, Daniel was in the midst of a personal challenge to make 100 large jars in his wood-burning kiln.

The challenge resulted in some remarkable pots and a wildly successful sale. I realized that I had never shared the story of this interesting project on Ceramic Arts Network, so I thought I would today, along with a video from the sale. –Jennifer Poellot Harnetty, editor

Plus, you can check out Daniel's methods for constructing and glazing these monster pots right here.

The 100-Jars project came to fruition after five firings in Johnston's 90-cubic-foot kiln transformed 11,000 pounds of local clay, 25 gallons of glaze and slip, 30 cords of scrap wood, and 800 pounds of salt into 100 large glazed jars. The pots were numbered in the order of production from 001 through 100. This numbering system allowed a clear tracking of the artistic evolution, demonstrating an exploration of form through extended production. 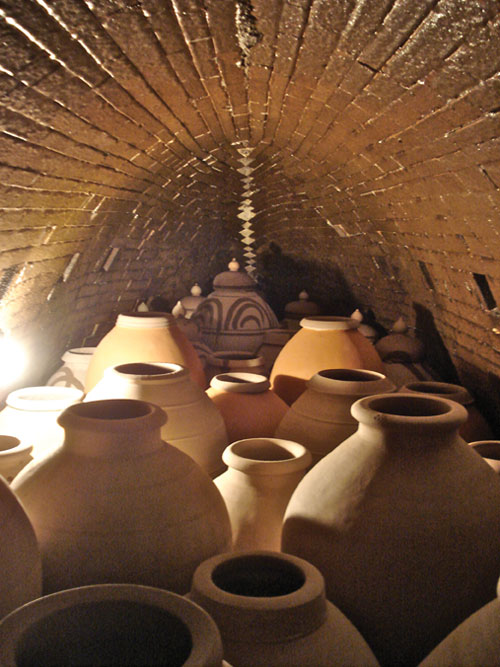 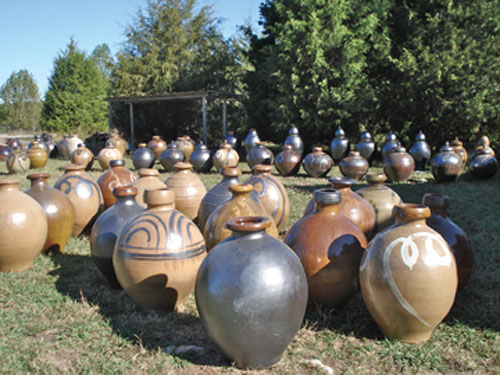 This project, like many of its kind, percolated for a long time before it actually became reality, and was an amalgamation of ideas that sprouted from a wide sampling of Johnston’s artistic experiences. It was largely derived from Johnston’s experience living in Northeast Thailand in the village of Phon Bok, where he worked with Thai potters producing big jars on a large scale.

But as we all know, making is one thing and selling is another. The jar project was intended to show how large pots can be produced in North Carolina using the South East Asian model. In this way, Johnston created a bit of a social experiment as well as an artistic and physical challenge. Would the pottery-buying public, even in a place with as rich a ceramic history as North Carolina, support pots that spring from a function that is rooted in a different culture (the water jars of Thailand)? The short answer: Yes.

To see more images of the project from start to finish, and to learn more about Daniel Johnston, go to www.danieljohnstonpottery.com.