How to Make Agateware Vessels on the Pottery Wheel Agateware Pottery: A Simple Technique for Marbling Clay Michelle Erickson and Robert Hunter 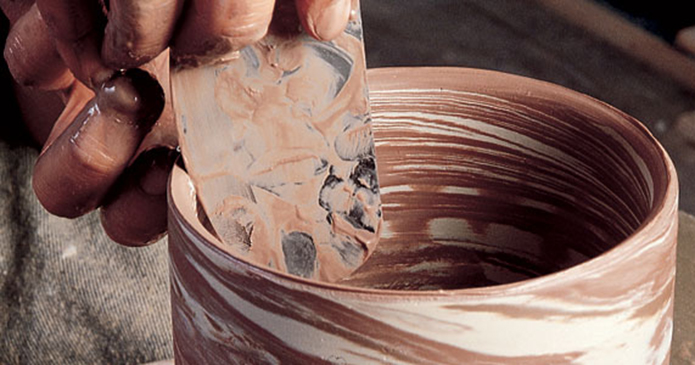 Agateware pottery is a type of pottery that is made from a prepared mixture of various colored clays and mimics the variegated appearance of agate stone. It originated in the late seventeenth century in England, and is one of many great techniques for marbling clay. There are two types of agateware, one is wheel thrown and the other is made using handbuilding techniques, and is classified as laid agateware. Marbling pottery is also referred to using the Japanese words neriage and nerikomi.

The earliest English thrown agateware is found among the products of John Dwight (even though he himself referred to it as marbled clay). Considered by many as the father of English pottery, Dwight is well known in the annals of ceramic history for his innovations. He conducted numerous ceramic experiments beginning in the 1670s, delved into the mysteries of porcelain, and recorded his recipe to produce “marbled” stoneware pottery.

Dwight’s notes reveal two important material considerations in making an agate body: clay color and clay compatibility. To create the illusion of agate striations, different color clays must be obtained naturally or by modification, adding pigments or coloring agents. The tone of a natural clay can also be altered by sieving to remove impurities such as iron and sand.

Creating a successful variegated appearance also depends on the proportions of clay colors used. Clues for understanding problems related to combining multiple clays are also contained in Dwight’s formula. These include shrinkage rates, firing temperatures, density, plasticity, elasticity, and strength. All of these properties must be considered when mixing dissimilar clay bodies.

To begin, clay slabs are built up, alternating the colors. This stack is then wedged or folded to form a ball that can then be thrown on the wheel. 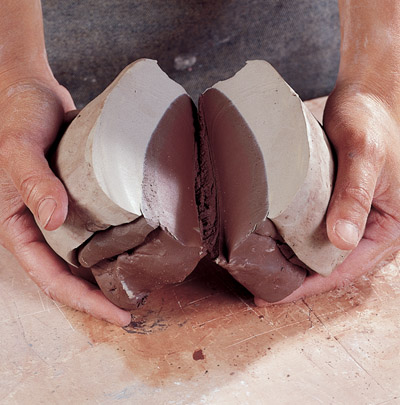 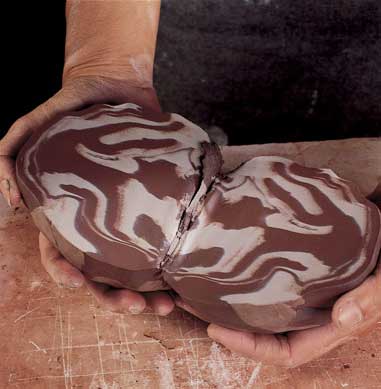 Care has to be exercised during throwing so as not to overwork the clay; otherwise, the pattern becomes muddled. This test piece was cut in half to show how the agate patterning shifts in the cross section of the clay wall. The different colors should remain distinct. 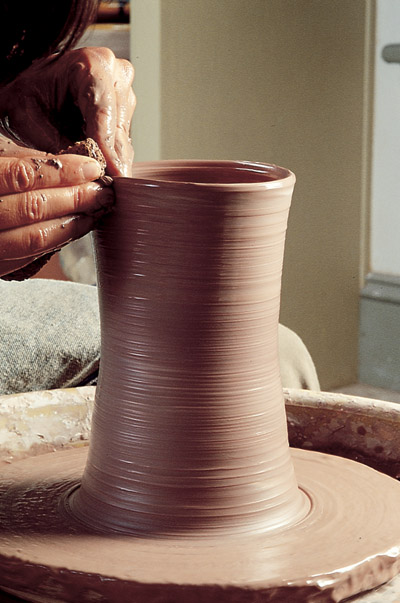 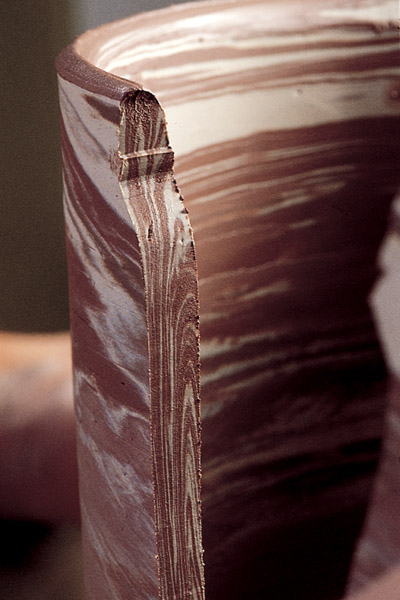 Since nearly all Staffordshire thrown agate was subsequently trimmed on the lathe, the veining usually appears sharp and crisp. Later smearing and smudging can occur at the attachment points of handles or spouts as evidenced on some antiques. Most potters don't have a lathe, but the pattern can be revealed by using a metal rib to scrape away the slip and outer layer of clay from the surface. 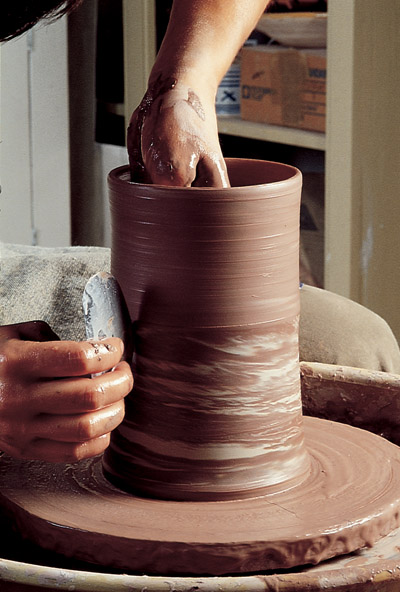 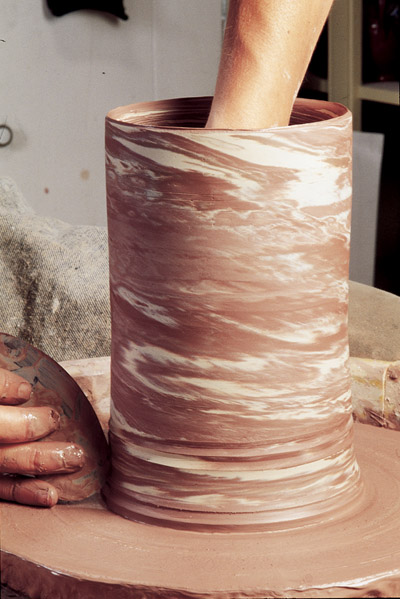 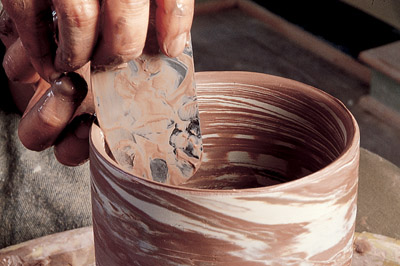 Using a shaped rib or the metal rib again defines the foot or base while maintaining a crisp pattern. Lastly, scraping the interior of the form with a metal rib reveals the agate pattern on the inside.