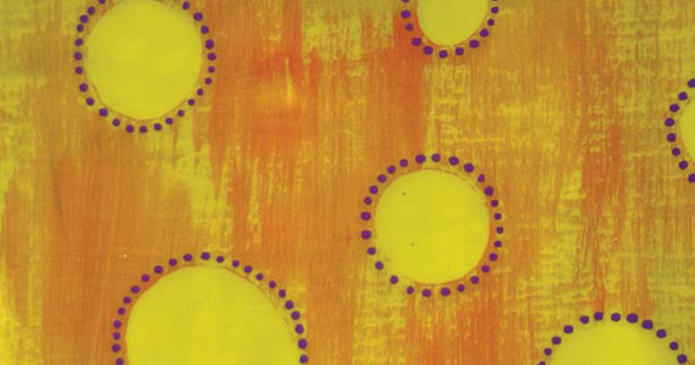 Plus, with a little experimentation, you can make them your own. In today's post, an excerpt from the Pottery Making Illustrated archive, Deanna Ranlett explains some ways she has found to create great surfaces with commercial glazes. - Jennifer Poellot Harnetty, editor

PS. Deanna's book Off the Shelf | Outside the Box is available in the Ceramic Arts Network Shop and is an amazing guide for experimenting with commercial clays, glazes, and underglazes!

I often find there is a stigma surrounding using commercial glazes or a lack of confidence about what they can do beyond what the directions say. It’s important to remember that the directions are a general guideline, this means that you’ll need to test for success even with commercial products. Just because a jar says three coats of a glaze are needed, that doesn’t mean two, four, or even five coats might not work better for you.

When using commercial products, many people struggle with the idea that their piece might look exactly like someone else’s who bought the same product. Others say they have trouble applying them in ways they like or that the glazes don’t look like the test tile. But hey, that’s why you have to test them on your clay body and in your kiln! Don’t just crack open a jar and expect perfection. So, how do you make them your own? I experimented with wax resist, stencils, slip trailing, paper resist, and underglaze to change the way the commercial glazes are commonly applied. This led to a lot of new ways to use the commercial glazes I already had in my studio.

What’s in the Commercial Glazes Jar 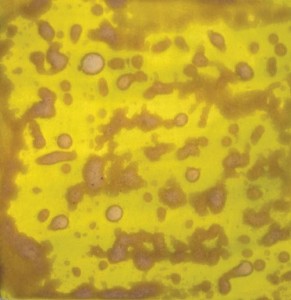 Let’s look at what commercial glazes have going for them:

Tile #1: I brushed two coats of Mayco Foundations Green FN-007 glaze, then sprayed wax super close to the tile and allowed it to dry. Next, I took ½ cup of Amaco Clear Transparent LG-10 glaze tinted with 1 teaspoon of PSH (The Pottery Supply House) Lilac underglaze and applied a single coat over the top then fired it to cone 05. 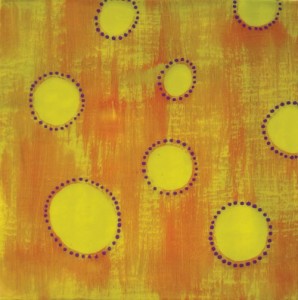 Tile #2: I applied two coats of Mayco Foundations Green FN-007 glaze. While the second coat was damp, I adhered paper circles onto the surface. Then, I applied a third coat of the Mayco Foundations Green FN-007 glaze. When that dried, I dry–brushed Mayco Stroke & Coat SC-88 TuTu Tango (coral) glaze over the top of the entire tile. Finally, I slip trailed tiny purple dots using PSH Lilac underglaze around the stencils. When those dried I removed the stencils and fired the tile to cone 05. 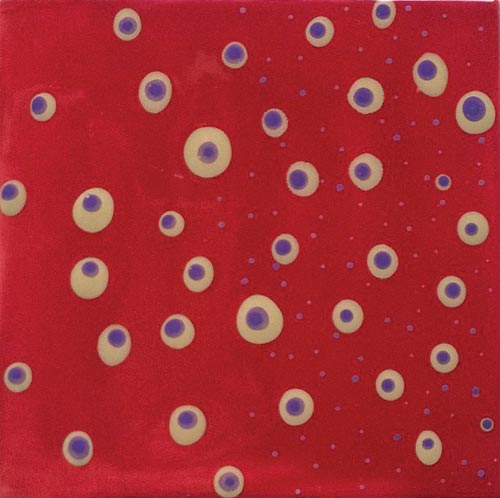