Ceramic sculptor Arthur Gonzalez was trained as a photorealist painter, but grew to dislike the control and predictability of that genre. So it is no surprise that when he discovered ceramics (not exactly known for its predictability!) he became hooked. He explains, "I can instantly materialize a thought and then destroy it if it does not deliver what I need." This immediacy satisfies a love of exploration in expressive ceramic sculpture.

Gonzalez creates multidimensional sculptural pieces by using mixed media and sculptural techniques. In the photo series shown here, he demonstrates how to construct a small female head and torso using terra cotta. When complete, this would be integrated into a larger mixed-media work. 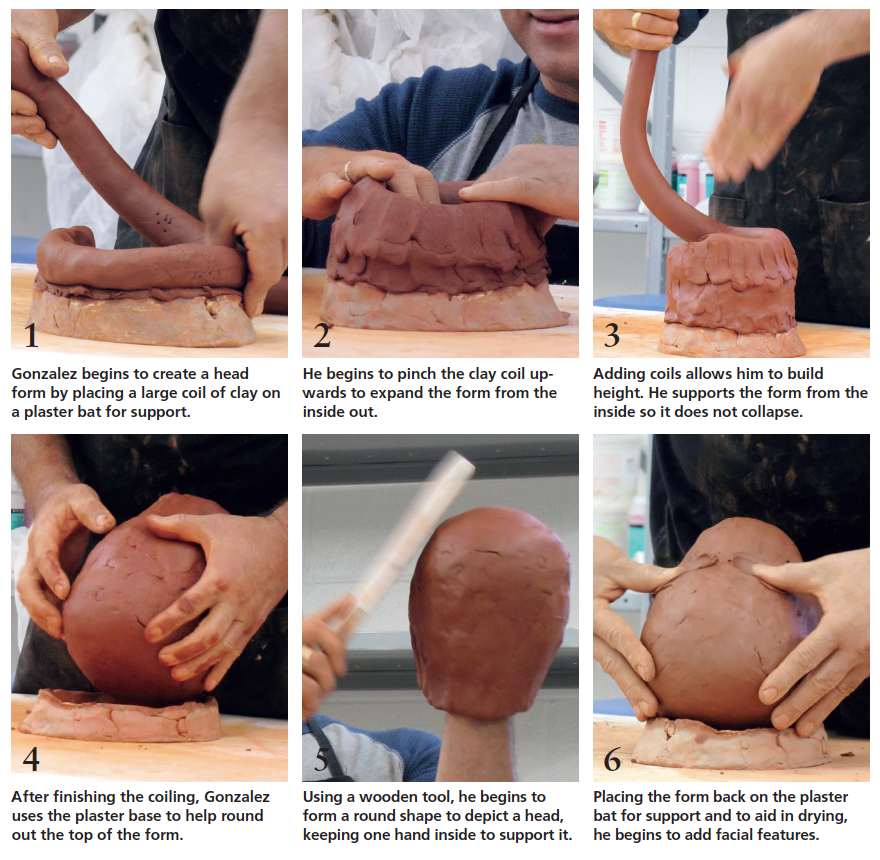 He uses the inside-out technique, in which clay is pushed and manipulated from the inside of the object to establish a basic form (figures 1–5 ). Building his terra-cotta pieces in this way allows him the flexibility to push the clay in and out, manipulating it to get the exact structure he is searching for. He then slowly builds up and models the facial and figurative details (figures 6–12). 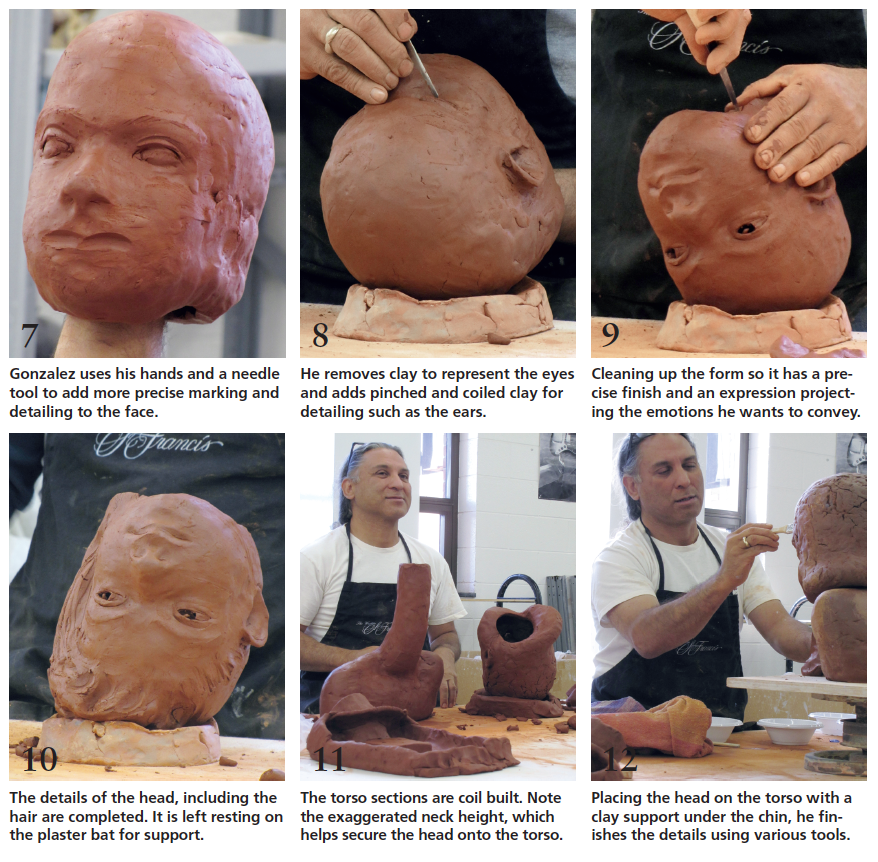 Allowing the pieces to dry, he then bisque fires the work to cone 04. After the bisque firing, and with the application of slips and engobes (figures 13–14 ), he multi-fires his works until he is able to achieve the surface quality he is searching for. 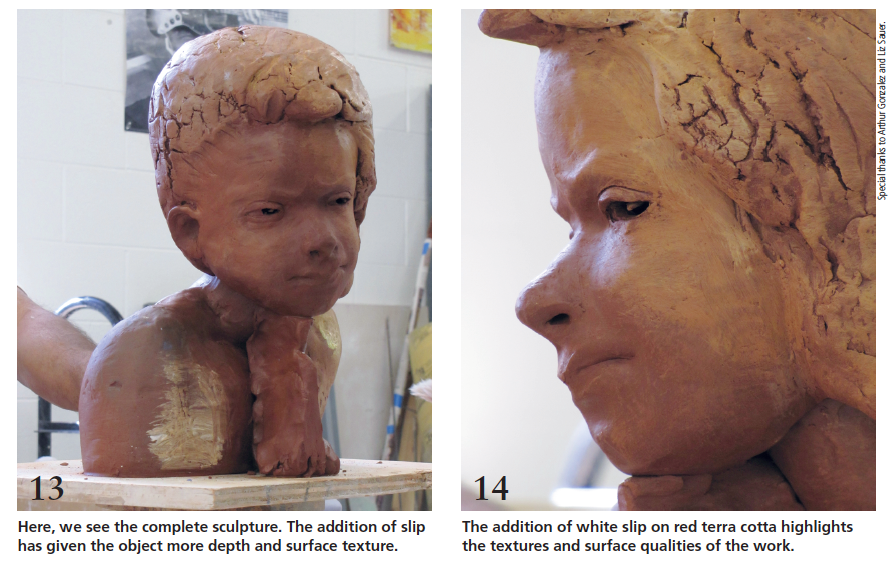 After completing the firing process, he enhances the narrative within his sculptural practice using cast glass, found objects, painting, and drawing. By using mixed media he is able to push the boundaries of the human form and clay.