Appears in the Mar/Apr 2022 issue of Pottery Making Illustrated. 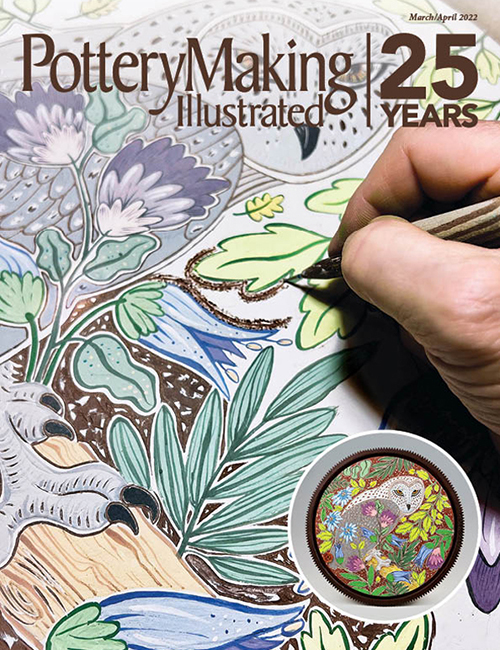 Some of you may remember this project from your first ceramics class, where students are asked to handbuild a historical vessel. First the professor delivers a lecture on Greek kylix, Chinese ding ware, and Mesopotamian bird-beak spouts. She then demonstrates how to roll perfectly even coils before joining three or four of them upon a flat, round disk. She paddles the exterior to what is already a tight, recognizable form just before miraculously pulling a Martha Stewart and unveiling a second, completed piece that is a delightful little Iranian-inspired pouring jug. Her pot is delicate and curvaceous, and the surface is ribbed to reveal an overall gritty, but pleasant texture. It’s the quintessential replica, a piece that you would actually fire and use! 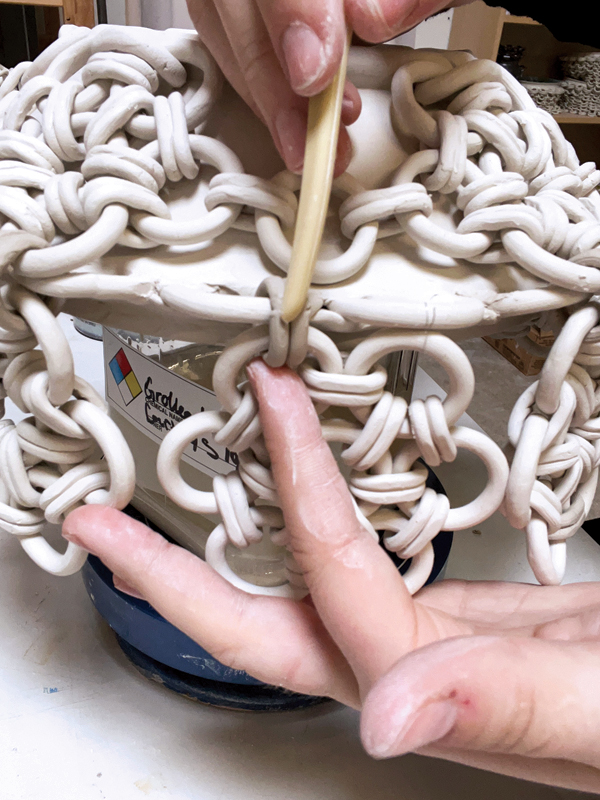 So, you spend the next week researching ancient pots, ultimately deciding on a Greek calyx krater, a large vessel with big flair. You say to yourself, “How hard could it be? It’s just copying after all.” You begin as instructed, joining coil on top of coil, but you’re impatient, and the pot quickly develops a few lumps and starts to lean—surely this can be finessed later. You’re forced to wrap it up until next week’s class. When you return, it’s a tad dry. You spritz it and wrap it in damp paper towels (always a bad idea), desperately trying to salvage your work. Soon you’re building again, but you’ve been a bit a too ambitious, and now it’s a very large vessel with more imperfections. It is not something you could ever use, more like something you would gift to your mother. After you start to realize this is more difficult that you imagined, you scratch your head and wonder how the ancient Greek potters did it so well and so many times. The answer, of course, is patience and practice. 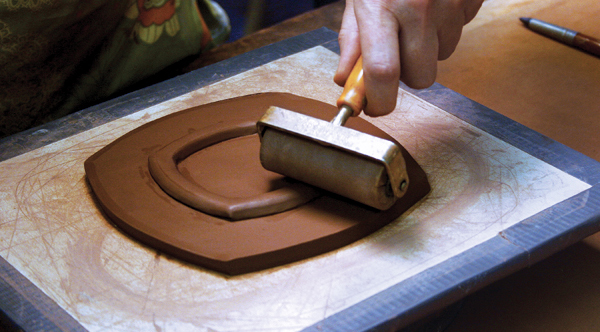 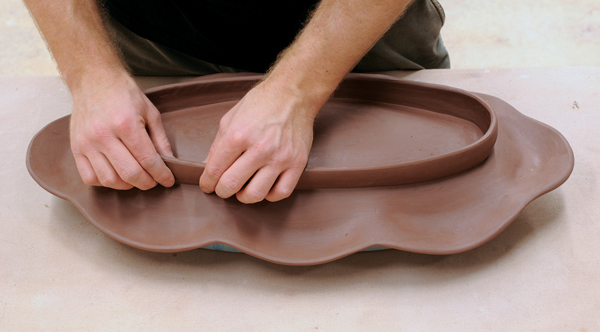 A well-proportioned, handbuilt pot is one of the toughest things in ceramics to make. The potters featured in this issue spent years mastering form and developing style. Courtney Segrest interlocks individual coils to form tall, woven vases; Ken McCollum slumps slabs to build convex wall clocks; and Jennifer Rosseter creates large, round, and very flat tiles with carved narratives. To continue Pottery Making Illustrated’s 25th anniversary celebration, we tapped our online archive for some greatest hits in handbulding, including an oblong platter by Ben Carter, a footed plate from Liz Zlot Summerfield, and a woven bowl by Nancy Zoller. And, if you want to try building your own ancient vessel reproduction, check out a few ideas in Pottery Illustrated on the last page. Cheers!