When I was an undergraduate student studying ceramics, a visiting artist talked to us about what it takes to become a professional potter and sustain such a career year after year. At the time, my takeaway from the visit was actually his throwing prowess. I’ve told the story many times over the years about how in mere minutes he wedged, centered, opened, and pulled up a massive bowl. At least I think that’s what happened. I had bent down to tie my shoe while he was centering, and by the time I had lifted my head, the form had already taken shape. Having struggled for months to throw large forms with greater ease, I was in awe. The rest was a blur.

Years later, I find myself thinking about that artist’s visit differently. Gathered together was a group of like-minded individuals—from eager ceramics students with dreams of living life as a humble maker, to the wise but worn potter sharing his knowledge of maintaining a studio and the struggles of earning a living wage. What was his message to us? There is nothing easy about being a full-time potter, yet nothing more fulfilling. The milestones, including the pitfalls and the rewards, along this path should all be celebrated. As potters, the thing we crave the most is making pots­—not necessarily the pots themselves. And in order to spend more time with our hands in clay, we must embrace a slow journey of perpetual learning. I guess I was paying more attention to that talk than I thought I was. 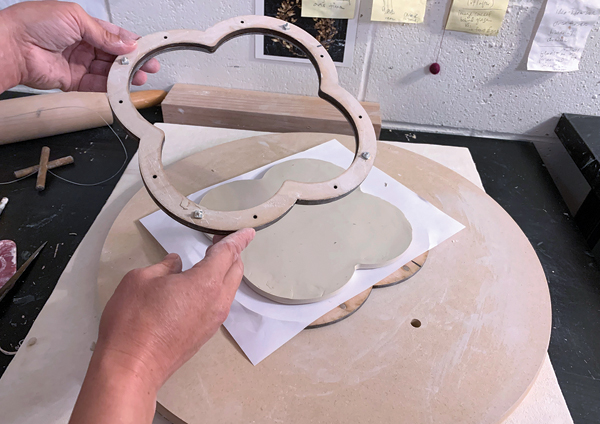 This issue of Pottery Making Illustrated showcases the practice of up-and-coming artists who never stop learning, teaching, and innovating in order to propel their practice forward. Horacio Casillas embraces his faith in the carvings on his architecturally inspired vessels. Adil Ghani, after discovering the rich surfaces of raku, wants to teach the world about the joys of the dramatic process. Juliane Shibata (1) explains how time invested in developing the right tools makes all the difference in a finished piece and larger installation. Maggie Boyd (2) reminds us that the mistakes we make in the studio are often discoveries that lead to a whole new body of work.

As with reframing our perspective on mistakes, sometimes we just need our teachers to give us permission to break the rules. Sadie Winter proves that we can make feet out of materials other than clay, Ann Ruel flips the script on faceting, and Dee Quinn (3) says there is always room for one more surface layer. 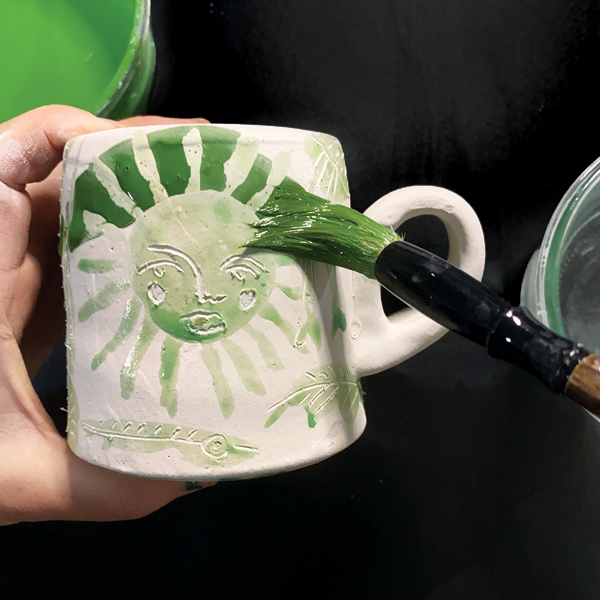 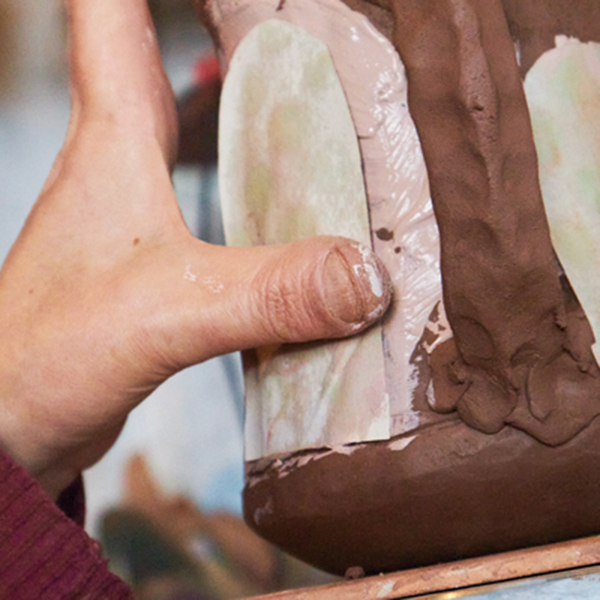 And new in this issue (and upcoming issues as well), we have an artist/author Q&A. We take a deeper look at the practice of artist Horacio Casillas, his studio, and how he spends his time in it.

For most of us (the part-time, at-home potters), it’s a daily hustle to keep our hands wet in clay, but hopefully the techniques and inspiration on the pages that follow give you the extra nudge you need to push a little harder. Happy making!