Firing ceramic work in a reduction atmosphere creates unique and beautiful surfaces. Carbon trapping is one such beautiful reduction surface effect. As the name implies, the surfaces are characterized by variegated patterns of grey and black caused by carbon that gets trapped under the surface of a glaze or clay body during reduction firing.

In today's post, an excerpt from the March 2022 issue of Ceramics Monthly, Dave Finkelnburg gives the low-down on carbon trapping, and he shares a great carbon-trap shino glaze recipe. If you are intrigued by these sooty surfaces, read on! - Jennifer Poellot Harnetty, editor

Carbon trapping is just what it says. Pure carbon (soot) is produced from fuel in a kiln and deposits on glazed ware. When the glaze melts, it traps the carbon.

To make soot, a hot, fuel-fired kiln is starved of air so it makes a smoky, sooty flame. The kiln will typically be around 1600°F (870°C) to make soot. However, the temperature must not be so much hotter than this that the glaze has already melted. That would entirely prevent trapping carbon. How hot is too hot? It depends on the glaze.

Once heavy reduction is achieved and soot is produced, it is critical to the process that the kiln remain in at least some level of reduction until it reaches the temperature at which the glazes on the ware melt. If the kiln is allowed to go into oxidation at any time between making soot and when the glaze melts, the soot will almost instantly burn off and no carbon will be trapped.

However, as soon as the glazes melt enough to seal over, the carbon is permanently trapped under the glaze. Once the glaze melts, the kiln can be safely placed back into oxidation to finish the firing and any oxygen in the kiln can no longer reach the carbon to burn it away. Knowing when the glaze has melted requires experience and testing.

An accurate indication of kiln temperature is very helpful to successful carbon-trap firing. Glazes for carbon trapping typically have high amounts of low-melting-point fluxes—most often sodium, but sometimes lithium, or a combination of the two. These two fluxes lower the seal point of these glazes. A soluble sodium source, usually soda ash, is also commonly used so that as the water evaporates from the glaze, it leaves a concentration of the dissolved sodium at the glaze surface, even further lowering the melting point there.

Because sodium and lithium melt at relatively low temperatures, as low as 1800°F (980°C), and most carbon trapping is done with porcelain or sometimes stoneware that is ultimately fired to cone 5–10, any glaze used must be stiff (viscous) enough that it will not run. For this reason most carbon-trap glazes have high amounts of alumina, sourced from a significant portion of clay in the recipe. 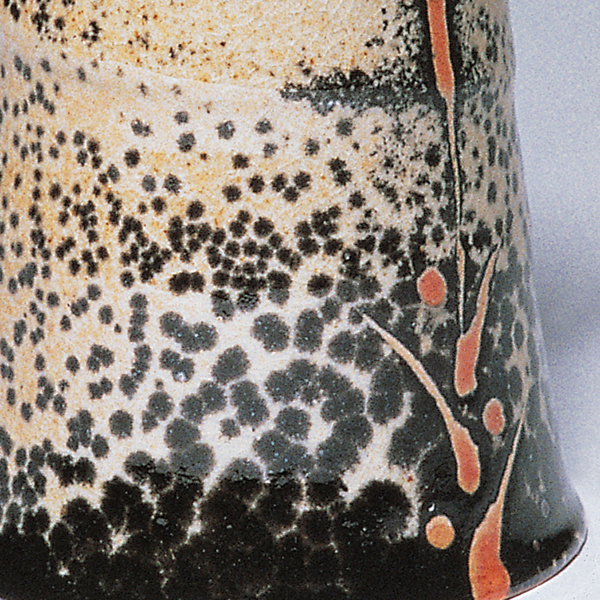 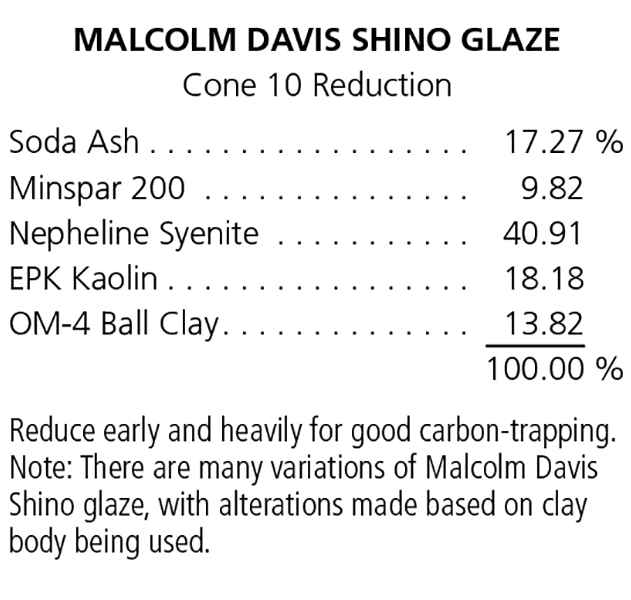