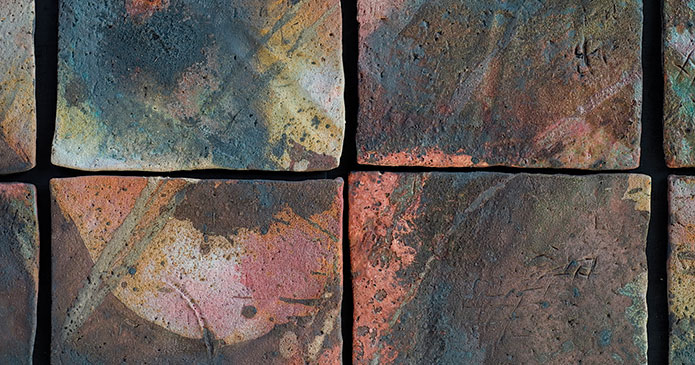 Over the past couple of decades, raku firing has become very popular. The unpredictability of the process keeps potters and ceramic artists coming back to the raku firing technique again and again.

When potter John Ramer Sherrill first started out using the raku firing technique, he was frustrated by the lack of technical information on raku in books. He found that there was plenty on raku philosophy, but little on technique, and he spoke to many other raku artists who had the same experience. So he set out to do some technical writing of his own on the raku firing technique, the results of which appear in our Ceramic Arts Handbook Raku Firing: Advanced Techniques. In this post, we'll present an excerpt from that text, which addresses raku clay bodies and raku kilns. - Jennifer Poellot Harnetty, editor. 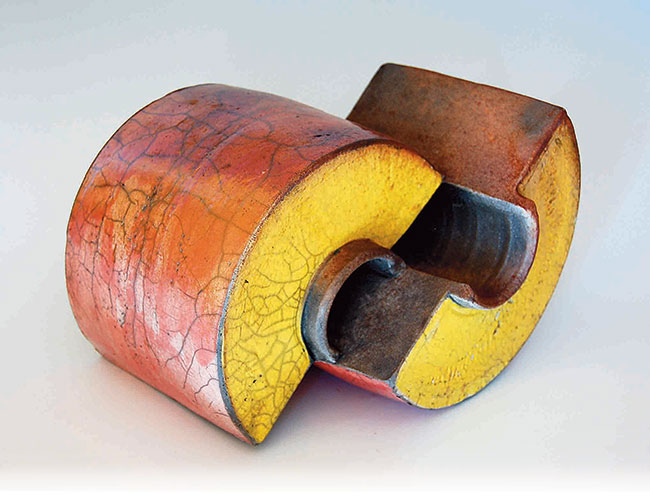 We are then left with the light-colored stoneware clays, and nearly all of these will work well. A stoneware body with just enough iron to give the fired piece a light tan color will have a pleasingly warm appearance. Some of the white-firing clays have an attractive ivory appearance. Experiment with different bodies to find one you like.

Most suppliers sell a body designated as "raku" clay. This is usually a grogged clay that includes Kyanite. It is the clay of choice for really massive raku pieces; however, I never use "raku clay," nor do I recommend it for general use for the following reasons:

Suppliers also usually have bodies that are designated as "ovenware" clay. These clays, which contain less grog (easier on the hands), often make an ideal raku body. I use ovenware clay almost exclusively. 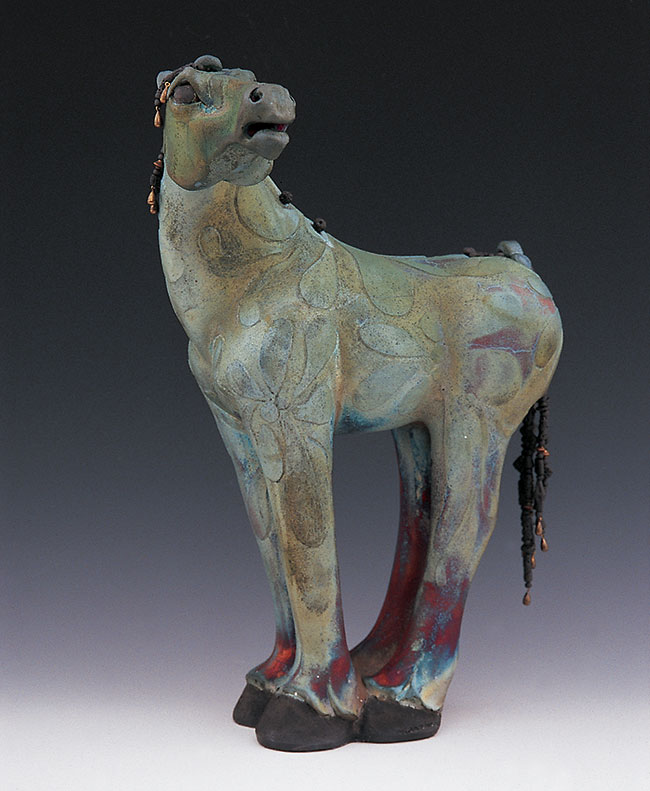 Because red-hot pots are removed from the kiln, it is apparent that many models simply are not appropriate for raku firing. Large kilns of any type, when opened at temperature, radiate heat so fiercely that it would be foolhardy to attempt raku firing. Top-loading kilns are also impractical, as you must position yourself above the kiln in order to reach inside, and the rising heat would be overpowering.

Small (2 cubic feet or less) front-loading electric kilns may be used, but most raku firing is done in gas kilns especially constructed for that purpose. They can be purchased commercially, or they are easily homemade.

Raku kilns, unlike conventional kilns, are usually loaded on a single level, and spaces between pots are left a bit wider in order to facilitate their removal. It is certainly possible to use multiple levels, but it isn't worth the hassle, as far as I am concerned. 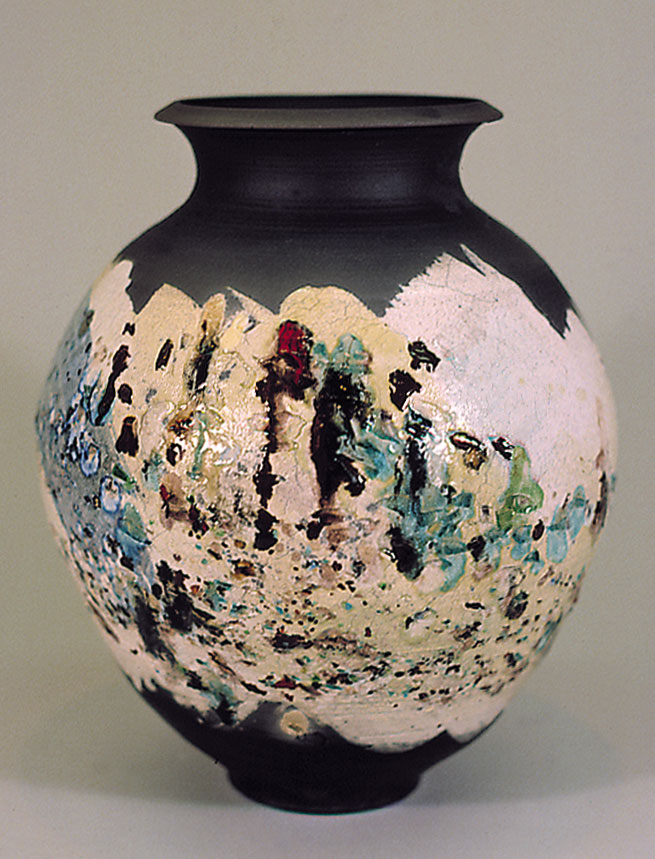 Traditionally, the maturity of the glaze is determined visually. The kiln is opened, and the pot surfaces are examined for complete glaze melt. If mature, the glazes will appear wet and reflective. I strongly recommend using a pyrometer in conjunction with this technique, noting the temperature at which maturation occurs. After a few firings, you will need to look only at the pyrometer to determine unloading time. There is some medical evidence that prolonged or repeated staring into a red-hot kiln can damage vision.

When examining the pot for complete glaze melt, look for bubbles in the glaze, as these can mar an otherwise perfect pot. Even if the bubbles burst when the kiln is opened, unsightly craters will remain. Bubbles are almost always present on my pots because I fire rapidly, so I simply assume their presence, and take steps to remove them.

To accomplish this, partially open the kiln just long enough to drop the temperature by 200°F or so (I give it about a 10-second count). Close the kiln and bring the temperature back up to near maturity. Give it a couple of minutes for the craters to heal. If you have clusters of bubbles, you may have to repeat the procedure.