Lately I have been experimenting with different firing schedules to see how my glazes are affected. One exciting discovery was the depth a slow cool added to a commercial glaze I had been using. With the slow cool, it has a crystal-milky quality that I just love!

In today's post, an excerpt from the Ceramics Monthly archive, Ian Hall-Hough gives some tips on how to encourage (or discourage) glaze crystallization. You'll see how controlling cooling at different rates can open up new and exciting results, solve your glaze woes, and shed light on common kiln-opening conundrums. –Jennifer Poellot Harnetty, editor

PS. For glaze recipes, firing schedules, and more information on this subject, be sure to check out the May 2020 issue of Ceramics Monthly!

Certain conditions encourage oxides to form crystal structures with silica or boron on the surface of the glaze. The most common result is a more matte surface, but additional outcomes include visual texture and variation in a glossy glaze, as in titanium-float glazes (in which the titanium is often sourced from rutile). Iron-silicate crystals produce iron-red glazes. Zinc can form large crystals in glazes that are visible to the naked eye. These large crystals become the decoration (glazes with these attributes are typically called crystalline glazes). Even magnesium, which is normally a glaze stiffener, can enter the melt and precipitate out as pyroxene crystals in teadust glazes. 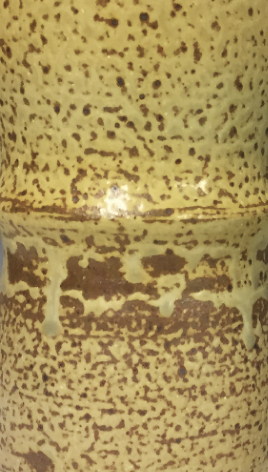 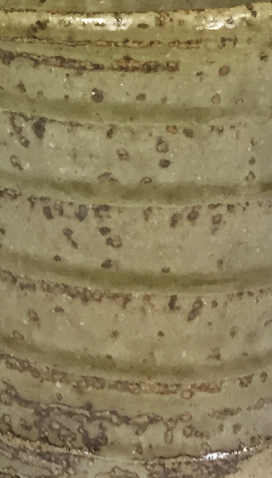 1,2 Detail of two pots glazed with Ian’s Ash. The vase (1) on the left was fired in a large gas kiln and allowed to cool naturally, crystallizing the calcium in the glaze. The mug (2) on the right was crash cooled, preventing crystallization and preserving the glassy character of the melt.

Quick- or crash-cooled glazes don’t form crystals for the same reason that ice cream made with liquid nitrogen is creamier and less grainy than churned ice cream. The super-cold nitrogen instantly turns the cream from a liquid to a solid, not giving the emulsified water in the cream a chance to precipitate out from the emulsion and crystallize (causing a grainy texture). During cooling, oxides act like the water in the cream in the sense that they can precipitate out from the melt and crystallize if they have enough time during the transition from a liquid to a solid, and enough silica or boron to form crystals with. If crash cooled, they don’t have that chance and solidify as a glass. 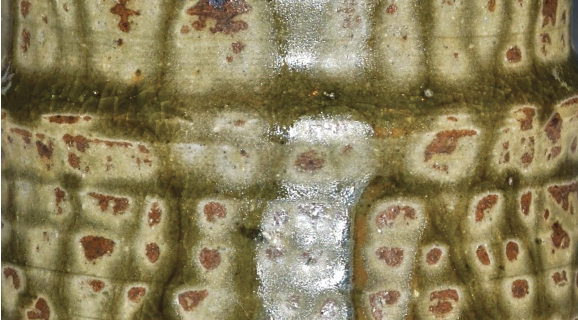 Tony Hansen’s website, digitalfire.com, has an informative article on the subject, which I referenced to compile the following guidelines for crystal formation.1 The following conditions encourage crystallization:

These guidelines are incredibly useful in learning to encourage, or discourage, crystallization. 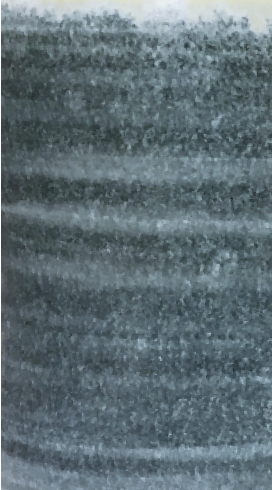 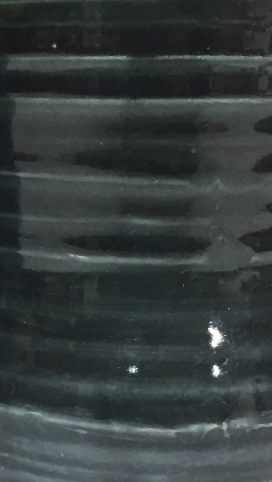 4, 5 Detail of two mugs glazed with Slate Blue. The mug on the right (5) was fired in a loosely packed kiln in my garage during winter and allowed to cool naturally. The one on the left (4) was fired with the cone 6 slow-cool schedule. Crystallization of the titanium from the rutile in the glaze shows an interesting variegation and made the surface semi-matte.

The following are specific situations where the guidelines above might come in handy for troubleshooting. Note: This is not an exhaustive list. 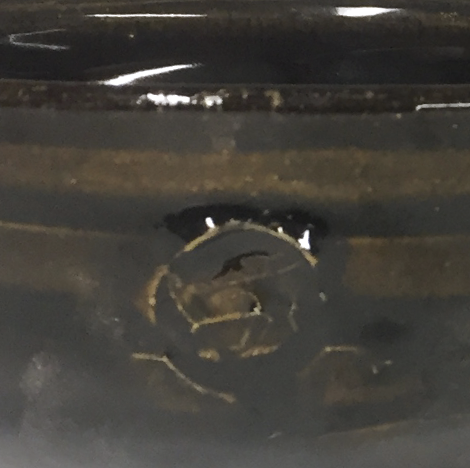 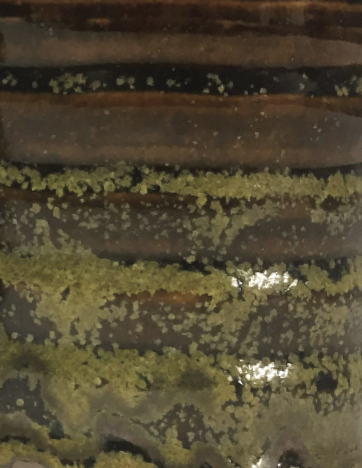 6, 7 Detail of two bowls glazed with a cone 10 amber teadust glaze. The one on the right (7) was cooled slower, and pyroxene crystals have started to form.