Sticky Tools: A Simple and Cheap Way to Keep Track of Your Tools Never Misplace a Tool Again! Larry Weathers

If you're anything like me, you spend a lot of your precious time in the studio looking around for that tool you were just using a minute ago. For me, sadly, this tendency to lose track of things is not only limited to when I am in the studio. For example, I am pretty sure I have NEVER EVER set my keys down in the same place twice.

But there is hope—at least in the studio! In today's post, Lawrence Weathers shares how he keeps track of his tools while throwing with magnets and metal shelving. - Jennifer Poellot Harnetty, editor

I noticed that I was spending a lot of time digging through the mess around my wheel to find tools. I had tried numerous plastic containers to hold them, but this didn’t work very well because at least half of the tool was hidden from view, so it was difficult to identify which one I wanted without pulling most of the tools out. Even worse, sometimes I would knock one of these plastic tubs over, sending a bunch of tools to the floor. I needed to keep my tools completely visible. Also, since I’m not very good at putting things back where they belong, I didn’t want a system that would require me to put a tool in a specific place each time to find it again. Since my throwing area is bounded on three sides by steel shelves, the vertical sides of the shelves were unused storage space that I could utilize by putting magnets on my tools. This allowed me to have easy access to them and be able to see all of them at once. Also, I didn’t need to put tools back in the same spot. Any shelf edge would do, and there were a lot of them within arm’s reach. 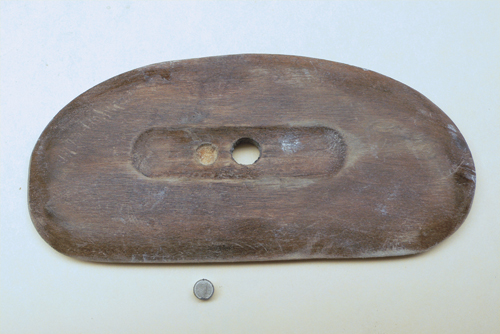 I bought 40 6 mm × 3 mm grade N42 neodymium disc magnets online for less than $10. Most such magnets are grade N35, but since they were so cheap, I decided to go with a 20% stronger magnet. The stronger ones worked so well that I ordered 40 more. 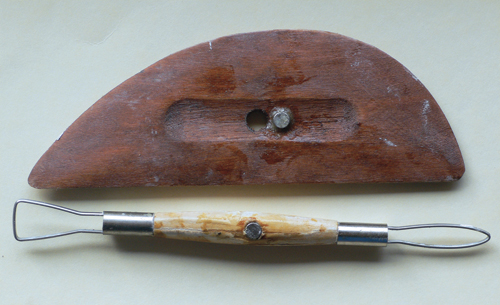 I also use magnets to store my metal tools, such as needles, ribs, and those made from hacksaw blades. With these, you can just put a magnet on the shelf edge and stick the metal tool to it.