I realized that we were really due for a sculpture post here on CAN, so today I am featuring the work of Christie Brown. This post doesn't only pertain to sculpture though. Christie's techniques could easily be adapted for functional work.

In today's post, an excerpt from Ceramics and the Human Figure, author Edith Garcia explains how Christie makes her molds from styrofoam models and then press molds and assembles her work. - Jennifer Poellot Harnetty, editor

This was excerpted from Ceramics and the Human Figure, which is available in the Ceramic Arts Network Shop! 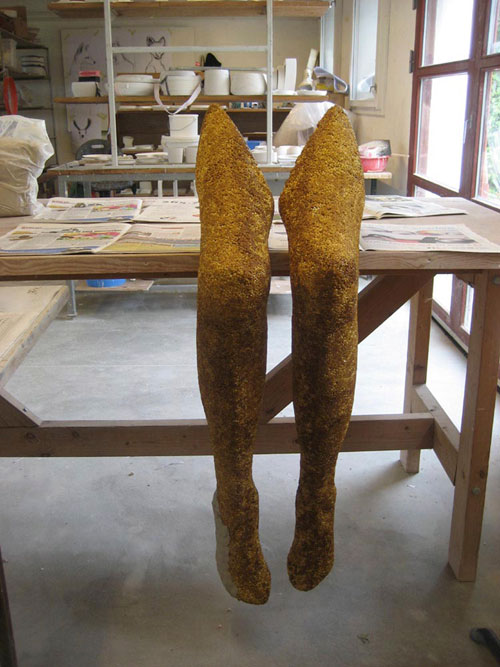 After she has finalized her clay sections she creates her multi-piece molds by placing shims around the edges of each piece—this allows her to create two-part molds for each section. After the creation of the plaster molds on the clay-covered Styrofoam, she is then able to remove the clay/Styrofoam core and allow the plaster sections to dry.

Within a few days, Brown can roll out clay slabs then press-mold them into the dry plaster sections.

After allowing the clay to become leather hard, she is able to assemble her pieces.

Brown covers the Styrofoam core with a fine clay and places it on plinths to raise it slightly above the table.

The clay-covered leg is sectioned off with the use of metal shims to create an outer edge for the plaster mold.

Brown builds up the edge of the shims with clay to ensure that the plaster stays on top of the clay piece as it sets. 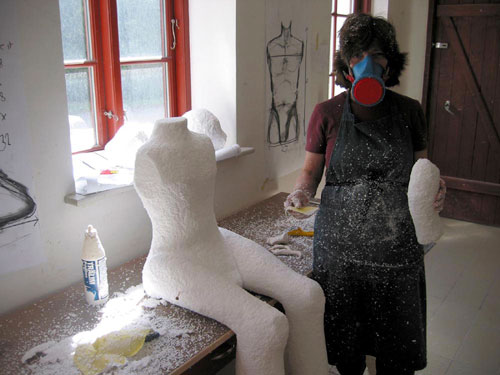 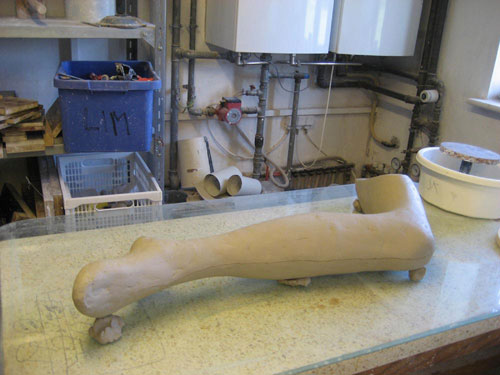 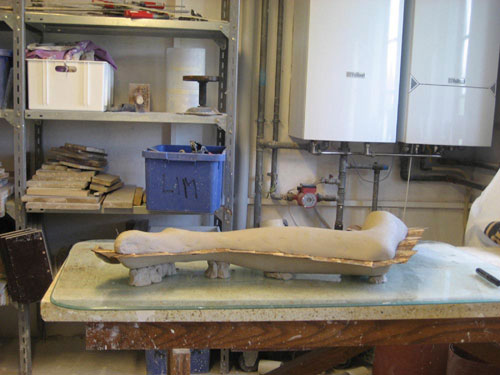 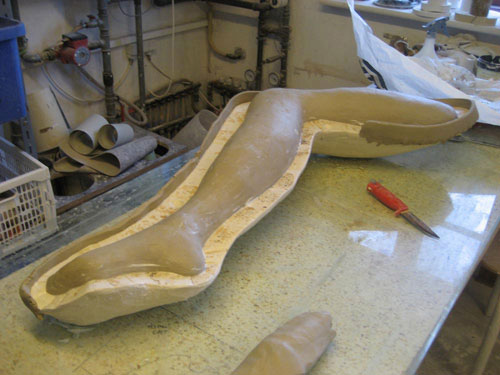 Brown allows the mold to dry in the sun and begins the process of press molding clay. After the clay has hardened to a semi-hard state, she joins the two sections using slip. 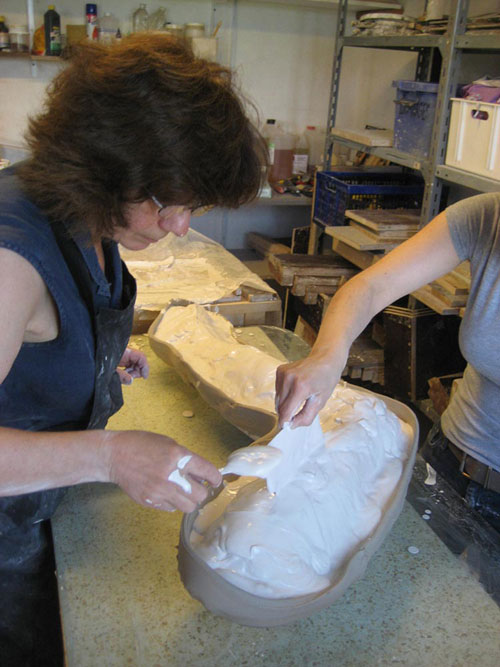 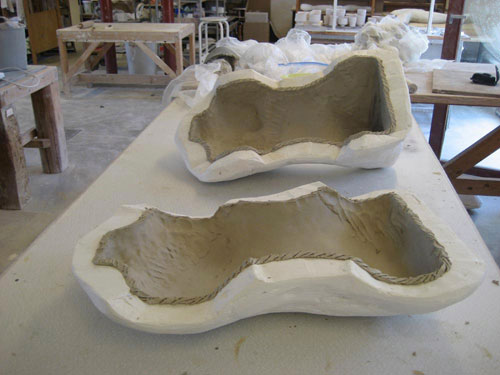 In the completion of her works, she fires them to Cone 04 and finishes the surface with the application of watercolor-like underglazes. In this way, she is able to create surfaces that have a subtle yet beautifully-layered, transparent quality. 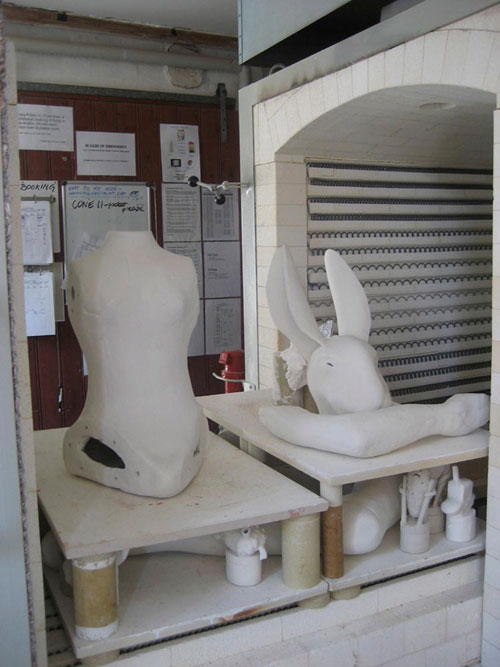 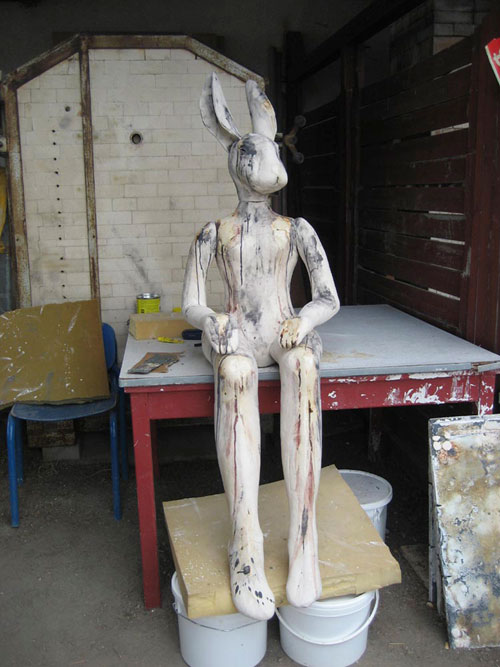