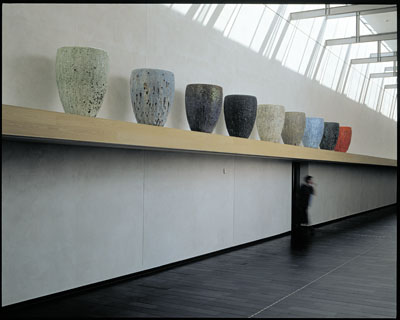 Sometimes bigger is better. This was the conclusion that Danish ceramic artist Morten Løbner Espersen came to when developing the concept for a public art commission for the Public Library in Hillerod, Denmark. Espersen chose to not only take a monumental approach when it came to the scale, but also in the surface treatment by loading the pieces up with about 55 pounds of glaze and firing them multiple times. The result was a powerful installation that sits boldly in the vast space, but somehow doesn't overpower it.

In today's post Morten explains the considerations he took when conceptualizing this piece and shares his process and glaze recipes. - Jennifer Poellot Harnetty, editor 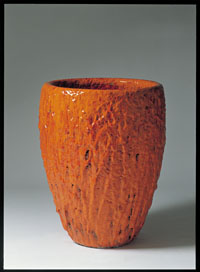 I was commissioned to produce a series of jars by the Public Library in Hillerod (a town situated north of Copenhagen) in collaboration with the Danish Art Foundation. The jars were made at the National Workshops for Art and Crafts, Danish Center for Architecture in Copenhagen. I began this project as I always begin a new series of work; with a long sketching process on paper followed by clay and plaster sketches, carving and throwing scale models, and further drawings. To sketch more precisely, I made a scale model of the space, which is 70 meters (230 feet) long, 8 meters (26 feet) high and 6 meters (20 feet) wide. My aim was to monumentalize the installation as much as possible, in order to correspond with the surrounding architectural scale. I wanted to create a visually powerful series of works that would not be overwhelmed by the enormous space, at the same time respecting the character of the space.

Inline with my earlier work, I chose to create a series of identically shaped jars, as I most often work in a series of pure and elemental geometric shapes. This allows the eye to relax in the repetition of the volumes, yet to focus on the differences within textures and colors. Jars like these are neutral archetypes, familiar shapes. They are not like the containers in which we store food or the ones from which we eat, but a container of knowledge—a jar that has always existed, in any culture, in any time. 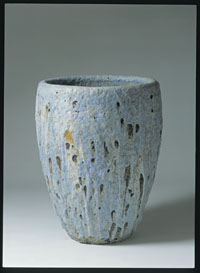 Initially, I was asked to create one or two jars that would be positioned at ground level. However, in analyzing the space I came to the conclusion that works positioned on the floor would be obtrusive and poorly lit, as the black floor would absorb the light. In the end, I chose to make nine jars, and to place them above ground, on a shelf that runs all the way through the space, 2.5 meters (8 feet) above the floor. All along this shelf there is a skylight. The direct natural light enhances the different textures and colors of the glazes, showing their richness to its full extent. Also, the position of the jars above head height requires the viewer to look up, and the fact that one cannot touch them may give the viewer an even more intense “tactile” experience through imagination. In this series of works, I have allowed myself to try even that which I considered kitsch, such as lusters. While testing luscious earthenware glazes, I found that the juxtaposition of some “hysterical” colors next to subtle stoneware tones enhanced the strength of each individual jar. Employing this contrast, I discovered new aspects of ceramic materials.

The firing process can be a devastating force and I try to control its effects as much as possible through numerous series of tests. When working with layered glazes, even in a regulated electric kiln, I have to surrender to the forces and hazards of the melting process and accept the nature of the materials. I am thrilled and surprised by the violence they can contain. I often brush three or more different glazes over one another, although not too perfectly, as the unevenness adds character and depth. I also fire my work several times, adding new layers of glaze to achieve a more complex surface. 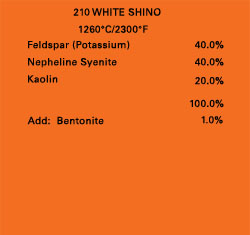 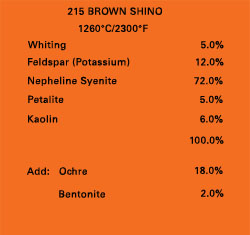 I formed a large foam block into a 1:1 scale model of the jar to make sure the size was right for the space. The model was enlarged 10% with a layer of plaster, to account for shrinkage. This layer was also useful in making a perfectly turned symmetrical piece. I then made a nine-piece mold of the form. I used a 50/50 mix of grogged, iron rich clay and a neutral gray clay. I then added nylon fibers and even more grog (0–7mm, 3/8 of an inch). The clay was pressed evenly into the mold to a thickness of 4 centimeters (1 5/8 inches). Each of the jars required approximately 265 pounds of wet stoneware clay. To ensure an open texture with a better grip for large amounts of glaze, the jars were covered with a heavily grogged slurry of the clay. They were then bisque fired to 1796°F. 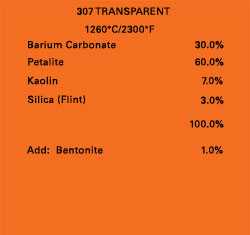 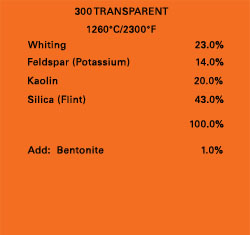 All glazes were applied with a large brush. The inside was glazed once with each glaze. Then the outside was glazed with the same process, allowing each layer of glaze to dry before applying the next. I often started with a thick layer of Shino glaze and then added layers of colored glazes. On average, each jar had approximately 55 pounds of glaze. Jars were glaze fired several times to 2300°F, adding glaze each time to build up the surface. Some were fired a final time with low-fire glazes to 1976°F or with lusters to an even lower temperature. Doing this preserved the structure built up by the stoneware glazes and let me add bright, colorful jars to the series. 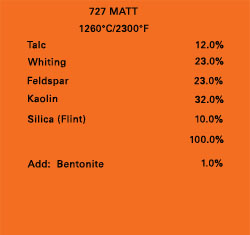 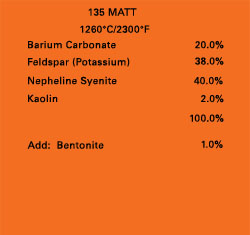 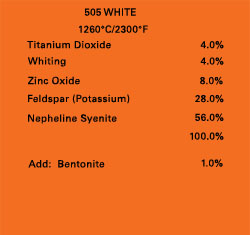 For more information on the work of Morten Løbner Espersen, see www.espersen.nu.