There are a lot of traditional reduction glaze recipes out there, and they are typically formulated for firing at cone 10. But Rick Malmgren decided that he wanted to fire lower and still use a lot of these traditional glazes. So he set out to reformulate and adjust these cone 10 glazes to function well as cone 6 glazes.

What he found was that he not only saved time and money, but he also ended up with some gorgeous glazes.Today, Rick explains the benefits of firing lower and shares some of his great cone 6 reduction glaze recipes. - Jennifer Poellot Harnetty, editor

I have become a strong advocate of cone 6 reduction firing in recent years. My reasons are as follows: 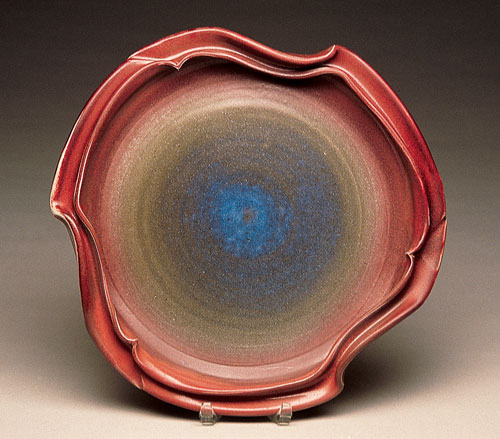 The following are my favorite cone 6 recipes. 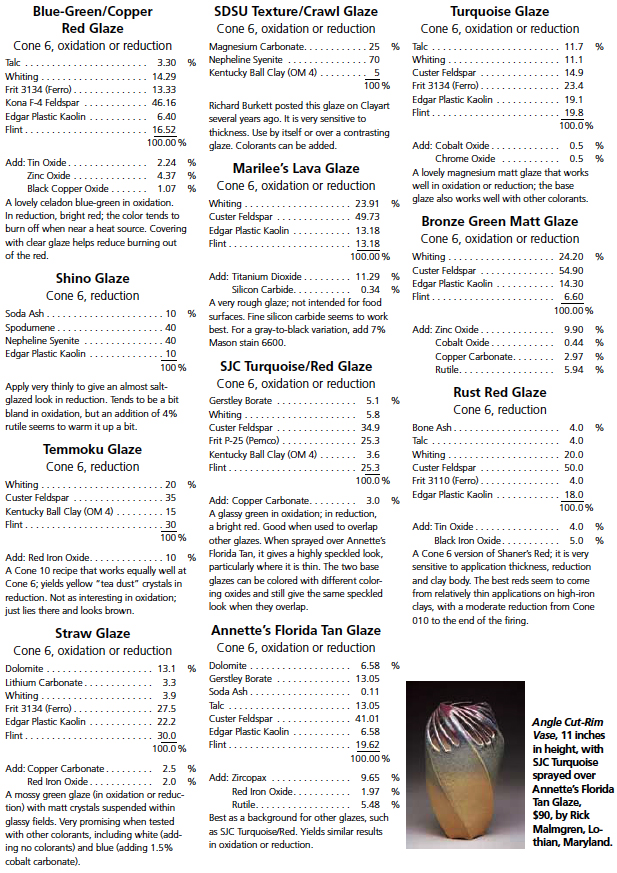