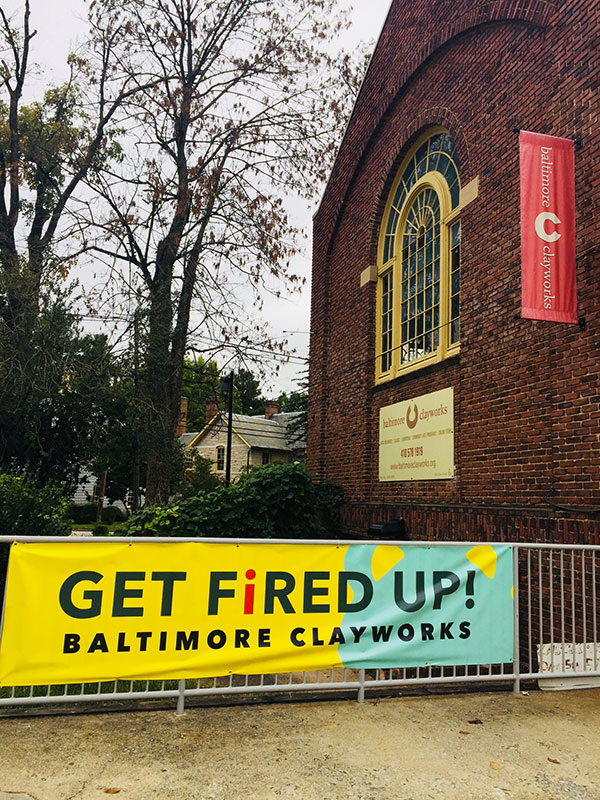 Just under 3 years ago, the stakeholder community of artists, staff, adult students and trustees at Baltimore Clayworks began to notice some turbulence and disharmony. There were rumors of bank debt and large expenses and a notable decline in building and equipment repairs. Public gallery hours were shortened. Clayworks had always enjoyed very positive interactions within its community, largely because of its mutually supportive local relationships and its nationally and internationally recognized artistic excellence. The disharmony was troubling, and by 2016, the mounting pressures resulted in diminished morale, a sharp downturn in individual donations, staff layoffs and board resignations. In 2017, the last remaining trustees attempted to sell the historic Mt. Washington campus. 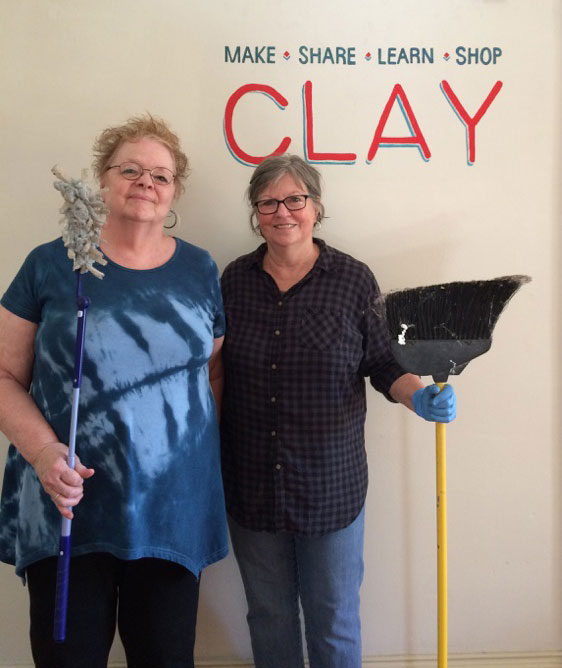 Working doggedly both before and since, teams of volunteers and staff have cleaned and restored the studios and galleries, reopened artists studios, enrolled over 120 into classes, and opened a holiday sales gallery showing work by area artists and Clayworks alums. The nationally-renowned Exhibitions Program is on track to restart in January with an aptly titled exhibition, "Standing Together: Artists and Community."

Deb Bedwell, one of the Baltimore Clayworks founders and its Executive Director through 2011 (and former president of NCECA), has returned to teaching classes and working with the many folks who stood up to save the organization. "I felt very gratified to be part of a community that cared that much," she says.

Despite many meetings where help was offered, the unfortunate financial situation persisted. The Maryland House of Delegates appropriations subcommittee held a public hearing, and the Baltimore City Council unanimously passed a resolution that Clayworks not relocate or dissolve. 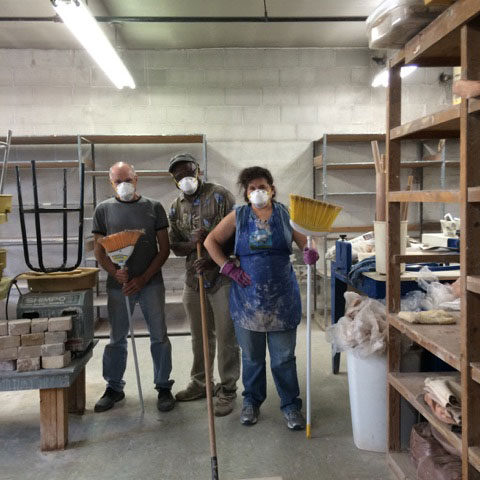 Largely because of this grassroots campaign, organized by ceramic artists and their adult students and ceramics advocates, the sale of the buildings failed to materialize. Management abruptly suspended operations in mid-summer 2017, locking the doors. Clayworks supporters mobilized and united to raise more than $350,000 to avoid foreclosure and bankruptcy. They negotiated to replace the then trustees with a strong group of civic, arts, and business leaders who are now piloting the recovery.

Three key staff members were rehired, and more than 65 volunteers cleaned and painted the two historic buildings. A number of the present Board members are acting as staff until finances stabilize. Artists began returning to studios in mid-October, and a schedule of classes and education events began November 1. And on November 12, Clayworks’ Noborigama was fired for the first time in almost a year, with the work of students from Maryland Institute College of Art. There is a Celebration of Gratitude for donors and volunteers to be held in the Baltimore Clayworks Gallery building on December 10. 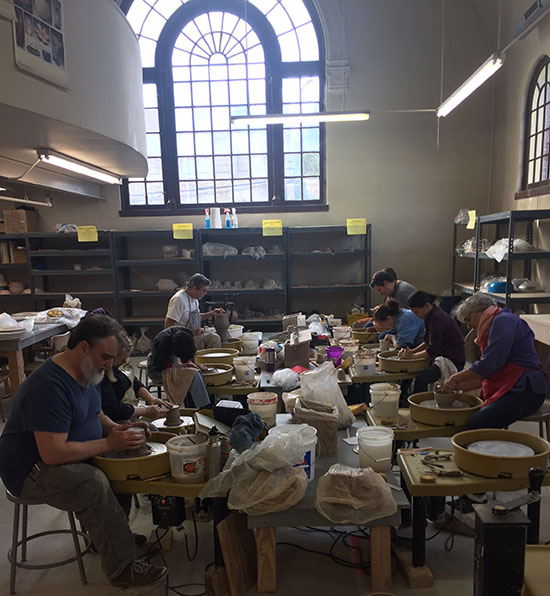 Baltimore Clayworks’ doors are now open, welcoming back students, artists, and the public. The Community saved the organization from bankruptcy and foreclosure, in essence rescuing it from the edge of a precipice. Still, Clayworks must continue to raise funds and build the organization to restore fiscal solvency and deliver programs to promote ceramic arts and artists locally, nationally, internationally and in underserved communities in the region.