Understanding glaze structure isn't hard. Ceramic glazes consist of three main components: glass formers, fluxes, and refractories. If you can remember those, and familiarize yourself with the characteristics of the common ceramic raw materials, you are in good shape to start developing your own successful glazes.

In this video, an excerpt from Understanding Glazes with John Britt, I thought I would share John's simple glaze component analogy. It is a great way to remember how the three glaze components function in a glaze. - Jennifer Poellot Harnetty, editor

This clip was excerpted from Understanding Glazes, which is available in the Ceramic Arts Network Shop!

To learn more about John Britt or to see more images of his work, please visit www.johnbrittpottery.com.

Plus, All About Ceramic Stains!

Frits: Ceramic materials that have been mixed, fused/melted/sintered together in a kiln, quenched, and ground to a specific size. They can be used as part of a glaze recipe (e.g. Ferro frit 3134) or added to coloring oxides, or stains to assist in melting. Spinel: Mineral with alkaline oxide and amphoteric oxide. RO/R2O3. Gemstones are an example of natural spinels while in ceramics, these spinels are used to produce commercial colorants because they are chemically stable in molten glass. A purple can be created by combining cobalt and alumina oxide, CoAl203, into a cobalt aluminate stain. Stains: 1) Coloring oxides suspended in water (a.k.a. an oxide wash). May also contain frit and/or kaolin (usually EPK). 2) Commercial ceramic colored powders that are used in glazes, clay bodies, and slips/engobes. Prepared coloring oxides that are fritted, reground, and colored with organic dyes to simulate fired color. 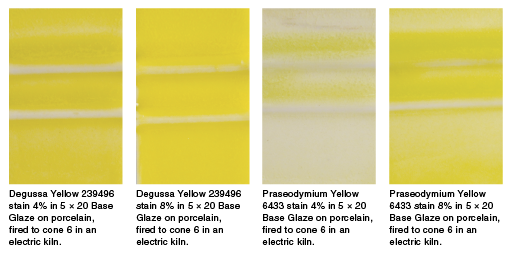 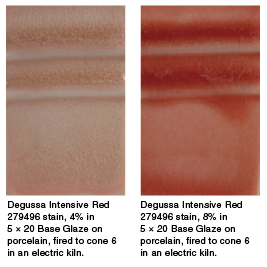 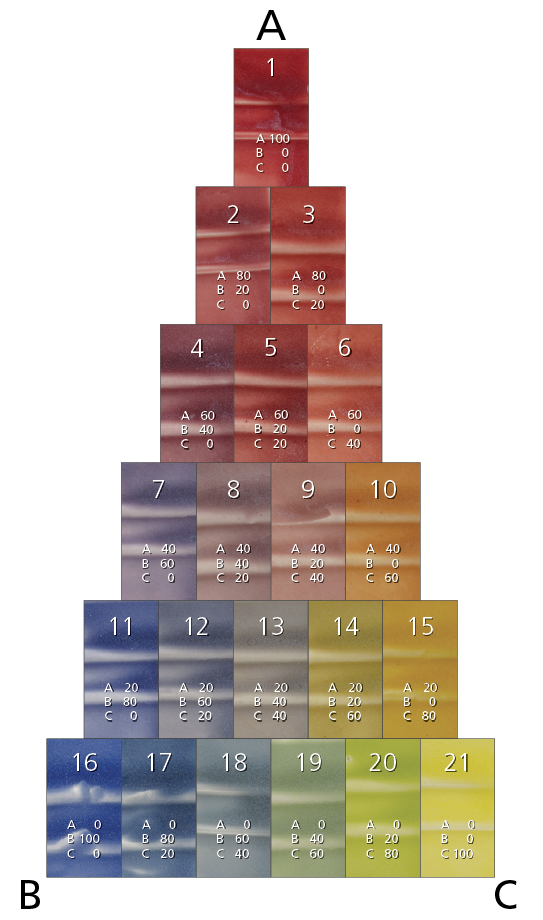