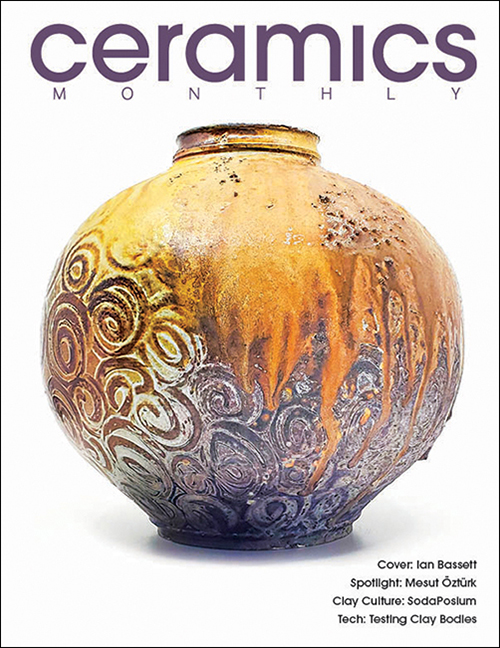 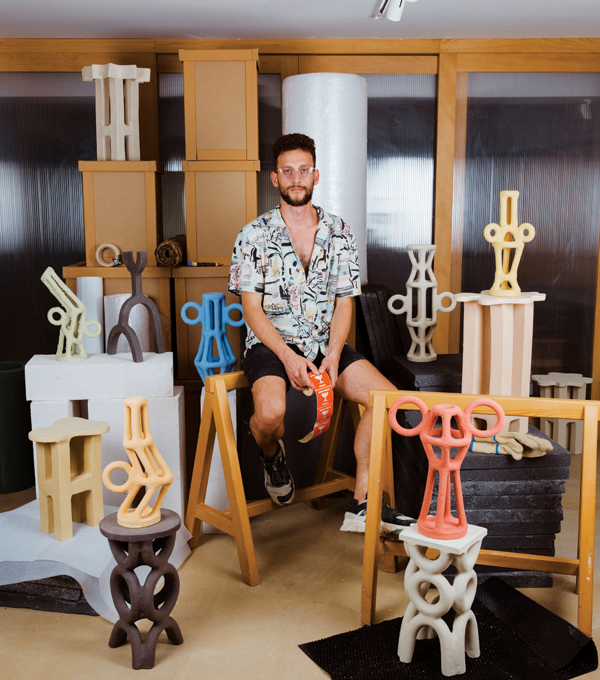 Ceramics Monthly: You started out your studies and career as an architect. When did you begin working with clay?

Mesut Öztürk: After I completed my master’s studies on the history and theory of architecture in 2015, I worked as an architect for a couple of years. Later on, I started a PhD focused on urban studies while I was also a lecturer in the architecture department at Istanbul Bilgi University in Turkey. Since neither my studies nor my occupation satisfied my desire for an individual creative practice, I started to experiment with clay in 2018. Within two years, I quit my studies and work at the university to focus solely on ceramics. I am now based in Paris, France.

I enjoyed playing with the clay-like soil in our garden as a child. I loved making little figurines with the soil and letting them dry under the sun. In a sense, I have returned to my love of clay.

CM: What connections do you find between architecture and ceramics? How has your architectural training informed your ceramic vessels and objects?

MÖ: The first thing that comes to mind is tiles, including both industrial tiles as well as wall panels and art pieces. In fact, the idea of covering walls with ceramics is what led me to start experimenting with clay. Istanbul has a tradition of modernist buildings with beautiful ceramic wall panels. I have always been fascinated with their magic—turning architectural elements into an art piece. When I finally found the chance to explore the material’s plasticity, I realized that it can be more than a two-dimensional covering. It has given me the opportunity to make form and volume studies like those I was creating for architectural designs. Currently, I use the medium for exploring spatial compositions on a micro scale without considering function, which is inherent in architecture.

CM: How does the physicality of working with clay, as well as its long history as a material used in the arts inspire and influence you?

MÖ: Its long history is one of the features of clay that fascinates me, along with its plasticity, sustainability, and meditative quality. I grew up in a small town along the Turkish Aegean coast, built on an ancient Greek city called Ainos, which has still not been explored fully. The ancient remnants and the modern life of the town were overlapping so randomly that I could find pieces of ancient pottery while playing with my friends in empty fields. You can only imagine how big of a spark that could be to a kid’s imagination. Later in life, my interest in ancient civilizations continued as I visited many ancient sites and archaeological museums in Anatolia. In time, my visual memory absorbed plenty of inputs on the aesthetics of ancient pottery. My first project with ceramics, Halka Vases, was an attempt to merge the two concepts: the aesthetics of ancient pottery practices and the architectural volumes that I like.

CM: What emotions do you hope to evoke with your work?

MÖ: There is a feeling that you get as you walk into a timeless, poetical place, such as an ancient temple. These kinds of places make you contemplate your existence, the relationship between you and the earth. The targeted emotion is hard to define, but I can say it is a synthesis of rootedness, calmness, sublimity, fascination, and curiosity.

My latest ongoing series, Revak, is actually a project based on my research on these feelings about specific places. And in the end, it makes me happy when the viewer has similar emotions.