Appears in the January 2023 issue of Ceramics Monthly. 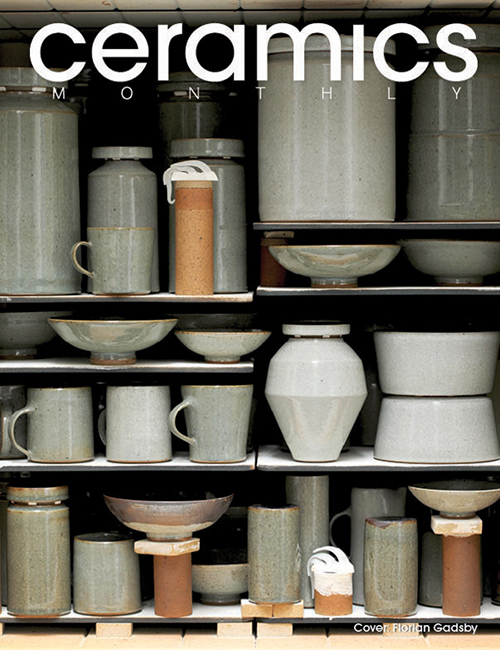 Are bioceramic dome homes the answer to resilient and affordable housing?

With wildfires raging in the Western US and major flooding in the South, the increasing frequency and severity of natural disasters are reaching record proportions. About 1 in 10 homes were impacted by natural disasters in 2021, according to global property data company CoreLogic. That is more than 14.5 million homes, totaling nearly $57 billion in property damage.

To withstand these increasingly extreme environments, architects will need to reconsider how buildings are constructed, from both a materials and structural viewpoint. Enter Geoship, a California-based startup that claims its bioceramic dome homes are not only disaster resilient but could help combat the affordable-housing crisis.

Geoship is the brainchild of Morgan Bierschenk, previously a program manager and engineer at Intel. In an episode of the podcast TechFirst with John Koetsier, Bierschenk says the idea for Geoship first manifested in the early 2000s when he was backpacking around Asia.

“That experience led to the next 10 years of really looking into . . . how can we create environments including the physical environments around us, as well as the way we think about the world and our relationships to our friends and community, to kind of open up the possibility for those deeper experiences of just being alive,” he says in the episode. 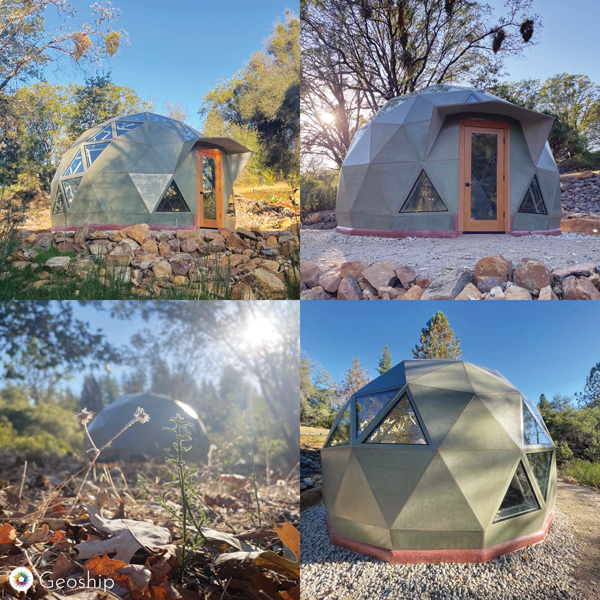 Following that adventure, Bierschenk lived on a wooden sailboat for about five years and then did some work in Iceland on freedom-of-information projects. When he returned to the US, he and his brother started thinking about new ways to build, which led to the founding of Geoship in 2015.

The material that Bierschenk decided on for the Geoship dome homes is a chemically bonded ceramic that is similar in composition to a phosphate cement developed at Argonne National Laboratories for storing nuclear waste.

Properties of the Geoship ceramic include:

Based on these resilient properties, Bierschenk estimates the Geoship dome homes would have an expected lifespan of 500 years with negligible impact on the environment.

Bierschenk launched a crowdfunding campaign to raise funds to build the Geoship dome homes. Now, after raising more than $1.5 million and taking over 500 preorders, Geoship has built an 18-foot-diameter prototype made almost entirely from the bioceramic.

Each module of the dome is comprised of molded triangles, which are pieced together to form the geodesic shape. These triangular parts are about the size and weight of conventional concrete blocks.

Each strut is connected to five- and six-sided hubs with a single bolt. The exterior panels, each light enough for a single person to carry, are mortared to the frame of struts and hubs with the bioceramic mortar.

Windows are preinstalled in bioceramic window frames, which are attached to the dome frame with mortar. Interior panels attach at the three corners of the triangular panel with a hub cap that screws into the hubs of the frame. The domes are sealed with the bioceramic, which is waterproof.

The frame creates a 12-inch cavity between interior and exterior panels, which is filled with wool insulation. Mechanical, electrical, and plumbing all run through this cavity. The prototype foundation is made of ceramic blocks as a stem wall. Other conventional foundations are possible, including slabs and helical piers.

Potential advantages of these bioceramic dome homes include:

Ultimately, Bierschenk believes the dome homes would be produced via locally distributed, heavily automated microfactories that would flat pack and ship the components, replacement parts, and repair materials to nearby homesites. The premade parts, which can only fit together one way, could be installed by either the homeowner or Geoship-certified installers. Homeowners would be able to customize the parts—from panel colors and configurations to number of windows and alignment—when placing their order.

Currently, the homes are not affordable for those with limited income. In a Forbes article, Bierschenk says base price for the ceramic components are about $106/square foot. However, once production scales up, Bierschenk predicts the price may drop to a third of its current cost, to just over $35/square foot.

Accounting for everything else that goes into building a house (e.g., permits and fees, insulation, floors, glass, delivery), Bierschenk estimates the all-in, fully complete cost will be $127/square foot, which compares very well to the range of $100–500 per square foot typical in the US.

the authors Lisa McDonald is associate managing editor and science writer at The American Ceramic Society. Prior to this position, McDonald worked at the American Institute of Physics: FYI and the ATLAS Experiment at CERN. She has a master’s degree in science communication and specializes in communicating science to nonspecialist audiences.

Laurel M. Sheppard is an award-winning writer and editor who has worked on numerous trade and association publications, including The American Ceramic Society Bulletin, Advanced Materials & Processes, Materials Engineering, Society of Women Engineers, and Photonics Spectra. She also currently writes energy content for Questline and technical manuals for ProWrite.