Appears in the April 2022 issue of Ceramics Monthly. 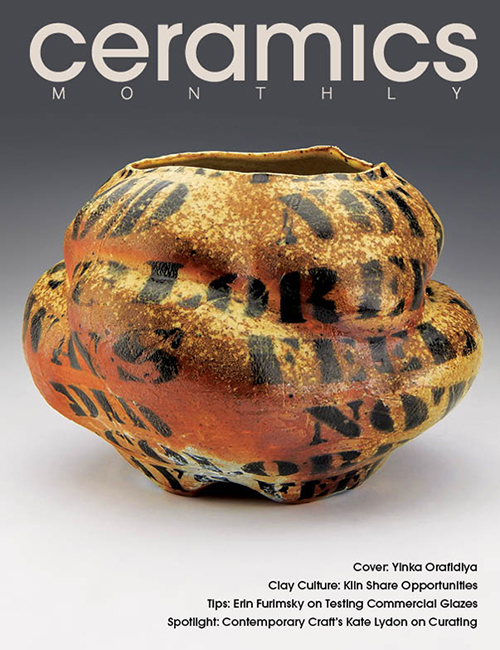 In a culture where the ideas of the value of local, small batch, and unprocessed products have taken hold as small but significant ways of improving life, it’s odd that a pursuit so rooted in earthiness as ceramics has been slow to catch on. While restaurants pay (and charge) top dollar for locally foraged abalone and chanterelles, these luxury ingredients are often served on mass-produced plates from overseas, carefully engineered to remove any semblance of the earth and fire that went into creating them. Ceramics practitioners often have an innate but sometimes unconscious appreciation of materials, noticing the subtle but profound qualities of ancient and antique pottery from around the world, while being unable to put their finger on why it is that their own work fails to have that sense of depth, even honesty. 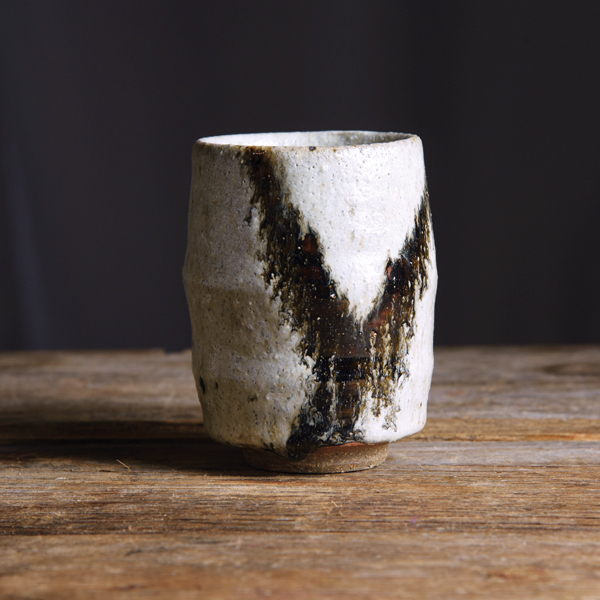 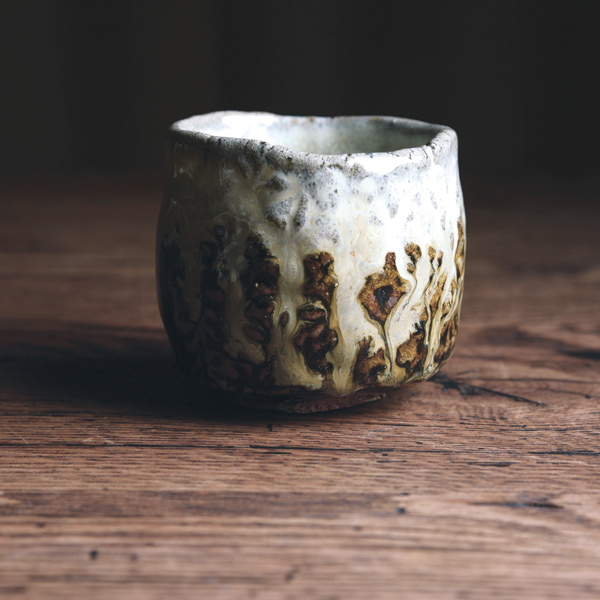 While the reasons for the discrepancy are no doubt numerous, one of the most profound differences is the materials that we use. Virtually all potters could switch out some or all of their bags of processed clay and glaze slurries and use materials that occur naturally around and under them instead. This approach can go a long way in creating a sense of uniqueness and interest in the work.

Locally sourced materials can be combined with one another, with commercially available materials, or used as is. This variety of approaches means that the question “What does wild clay mean?” is one that I get asked often, and understandably so. There is no such thing as man-made clay, so in a sense, all clay is natural. I define a wild clay body as a clay that has minimal or zero ingredients added, and minimal or zero components removed.

Let’s compare this to the features of a store-bought bag of clay or clay made from recipes that use commercial materials. First, the clays used in the store-bought body (and most clay bodies mixed from recipes) are refined to remove any impurities such as sand, silt, twigs, etc. This makes sense from the standpoint of industrial ceramics, which accounts for a far greater portion of the market than potters and requires greater precision in their products. This filtration, however, removes a textural quality that can’t be replaced. Second, clay bodies typically include multiple clays. This is because on their own, most clays will have qualities generally referred to as flaws, including having non-standard firing temperatures, having too much or too little plasticity, containing excessive iron, etc. Bodies formulated using multiple clays make it possible to standardize working and firing methods, but canceling out the various clays’ shortcomings also mutes each of their uniquely beautiful qualities. 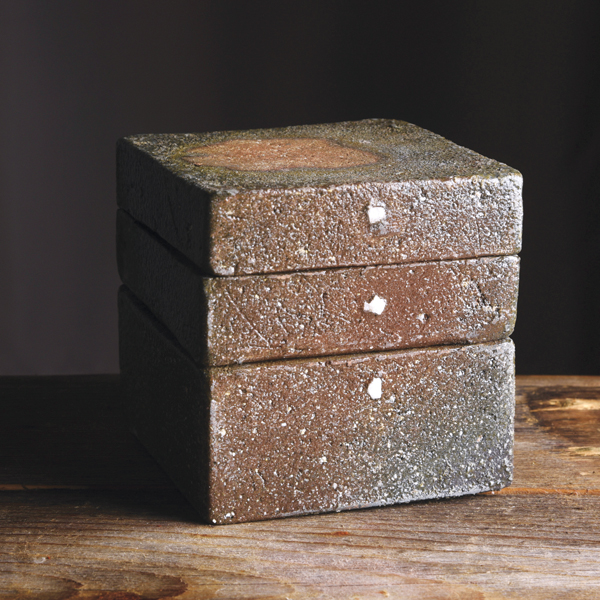 Lastly, a store-bought clay often has additional non-clay materials in it, as do clay bodies mixed from recipes. Silica and feldspar are generally added to bodies to improve strength and workability, but are themselves processed so as to remove all traces of their earthy origins. Colorants such as iron and manganese may be added, as is grog, in many cases. The end result in all of this is a uniform amalgamation of ingredients from across the country or world. It can be likened to a loaf of factory-made white bread: ingredients so refined that the end product resembles little of its forebears, and is deficient in its original nutrients to the point where it must be enriched with additives. 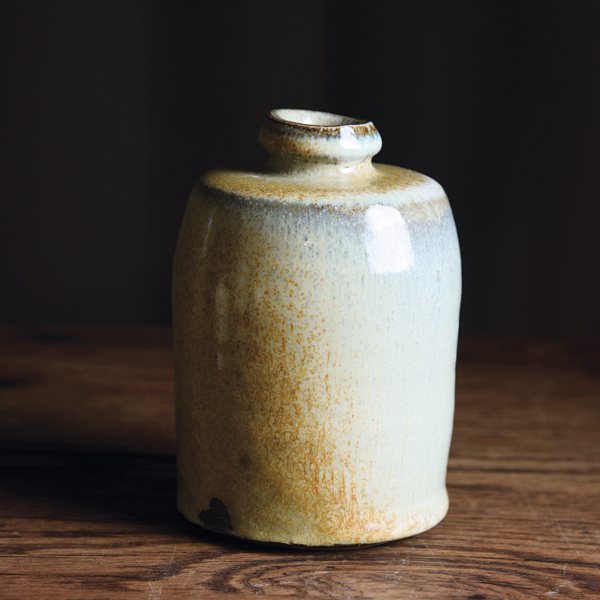 In contrast to these store-bought clay bodies is natural or wild clay. Often gritty, short, and with obscure firing ranges, its downsides can at first seem to outweigh its benefits. With some perseverance, however, these challenges can lead to unique methods of working and firing designed to take advantage of a clay’s individuality. A local laterite clay that I work with, for example, has such a high percentage of iron that carbon coring occurs even when used as a small percentage of a clay body and fired in a medium reduction atmosphere. However, when blended with equal parts of a common earthenware clay collected near the coast, it becomes a beautifully rich, iron-red body in mid-range oxidation firings, and has proven durable enough to survive in a restaurant environment. A kaolinitic clay from the Sierra Foothills, on the other hand, is so refractory that it leaks water and has a dull, pasty look when reduction fired to cone 11. Another local ceramic artist has had great success with the same clay though, getting deep gray/green ash deposits on the surface when exposed to the extremes of the hotter parts of his wood kiln. 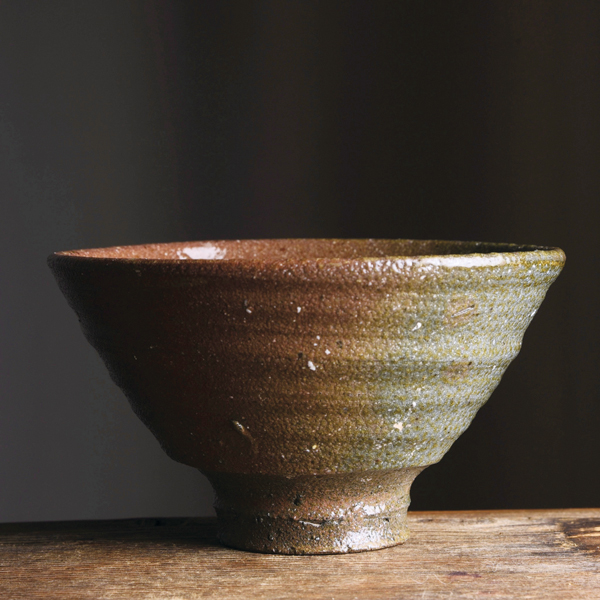 Historically, this is how various traditions developed. The clay of Bizen, Japan, does not take glaze well, which led to the development of extended firings in wood kilns to create rich surfaces without the use of applied glaze slurry. The light, sandy clay found in the Seto/Mino region of Japan, on the other hand, acts as a blank canvas for the detailed iron brushwork and copper-green glaze of oribe ware, and as the substrate for the warm and dramatic shino glazes to develop. Exploring the clays and glaze materials of a given region provides a better understanding of how and why various traditions developed, and can set the course for experimentation and creation of new ones. 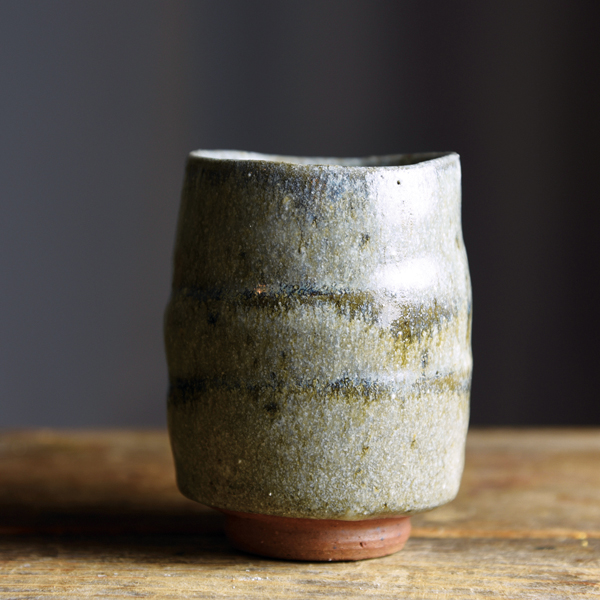 While much of the world has access to local clay, chances are significantly lower that there will be refractory, high-temperature clay in a given place. This may be unwelcome news to those who are used to working in mid- to high-fire temperature ranges, but trying a new temperature range can allow new routes of exploration to develop. The low-fire clay common to much of the earth is ripe with aesthetic potential; its deep, iron-red color makes for a natural pairing with raku, pit firing, and other alternative low-fire methods. With access to a gas or wood kiln, iron can be turned into stone-like grays/blacks in a reduction-cooled environment. Especially interesting work is being done in low-temperature soda firings, where the atmospheric differences can bring out numerous surface variations of a clay in a single kiln load.

Another significant use of low-fire clay is in glaze formulation. Indeed, virtually any clay, crushed rock, or plant ash can be used in various proportions to construct high-fire glazes; some work even as single-ingredient glazes, such as the famed Albany slip. Store-bought glaze materials are chosen more for their consistency and versatility than for their character. Common stones, on the other hand, often contain colorants and variegators such as iron, titanium, and manganese in addition to the standard silica, alumina, and fluxes. Plant ashes, likewise, offer strong fluxing action different from store-bought ingredients in that they generally contain many more elements than commonly used fluxes. This variety of oxides, as well as the non-uniform particle size allow a relatively small number of foraged glaze ingredients to create interesting and dramatic effects on pots. Different ratios of any local clay and wood ash, for example, will invariably make a primitive but often beautiful glaze, ranging from celadon-like blue/greens if a kaolin is found, to an assortment of dark-olive tenmoku hues from darker clays. 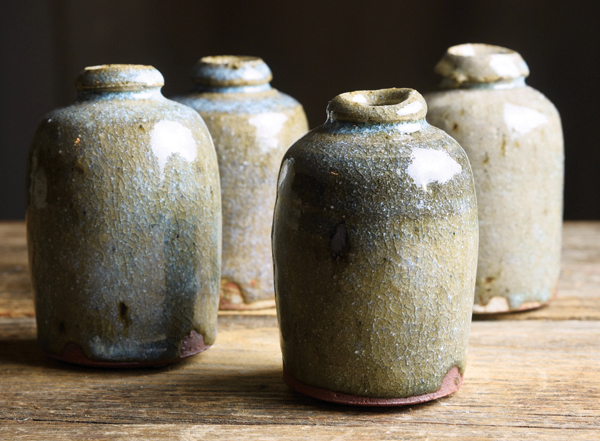 Without a local tradition to draw information and inspiration from, deciding what to do with buckets of rocks and clay can seem daunting. Historic ceramic centers have generations of knowledge about their materials, and have turned their use in ceramics into a science. There is a certain liberation, though, that comes with the void of material-knowledge base that many of us are faced with; because no one has taught us how to use the minerals around us, we get to not just follow recipes and styles, but actively create them. So instead of merely looking in awe at other cultures’ utilization of geology, let’s learn to engage with our own. Realize that to start, there are no right or wrong ways of using materials, only exploration and experimentation to be learned and shared. Celebrate your local geology as you do your local music or food, and take pride in creating pots not just from a place, but of a place. 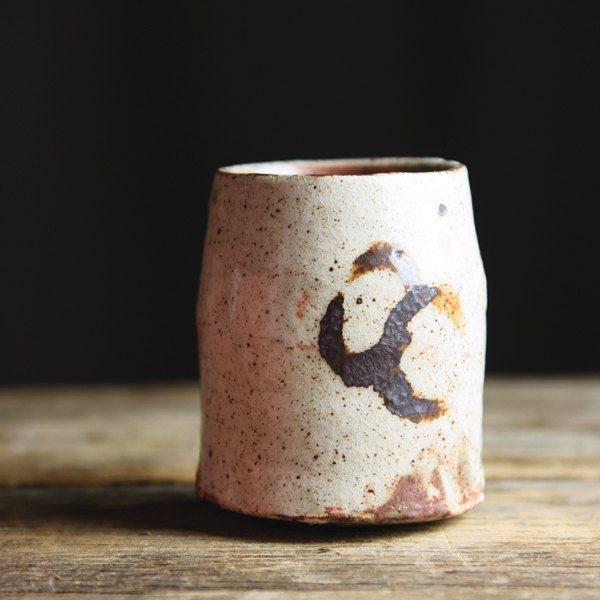 Ready to try out wild clays in your own work? Here are some tips for getting started with foraging for local materials then processing and testing them. 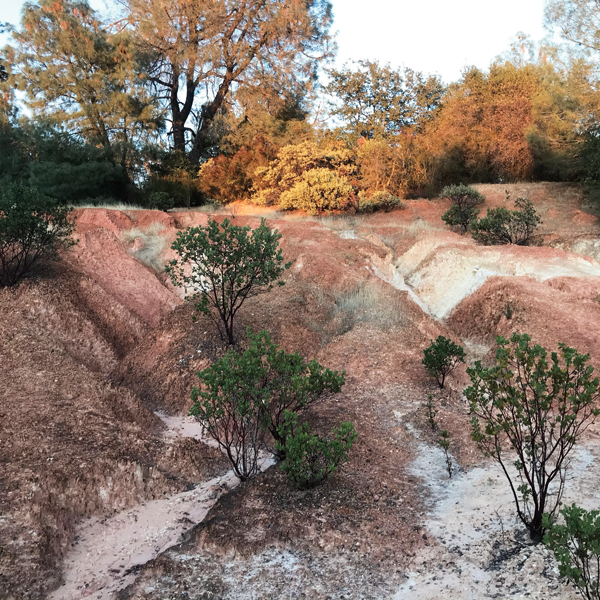 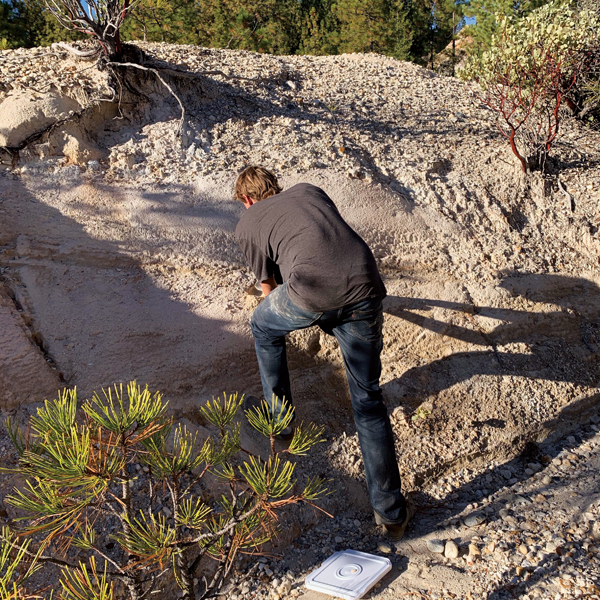 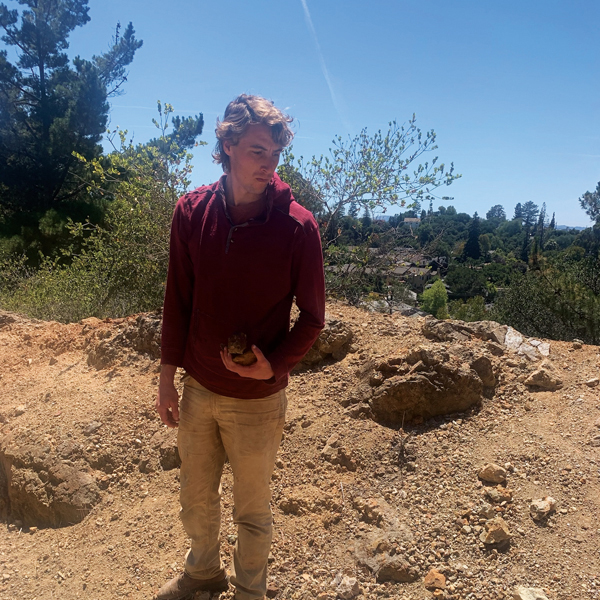 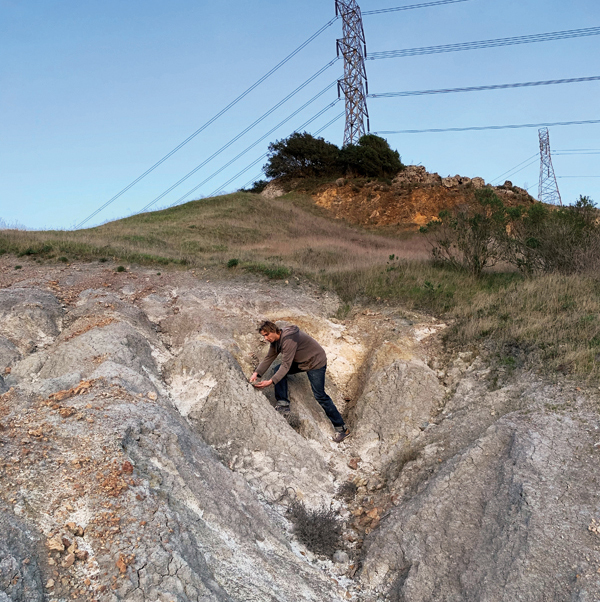 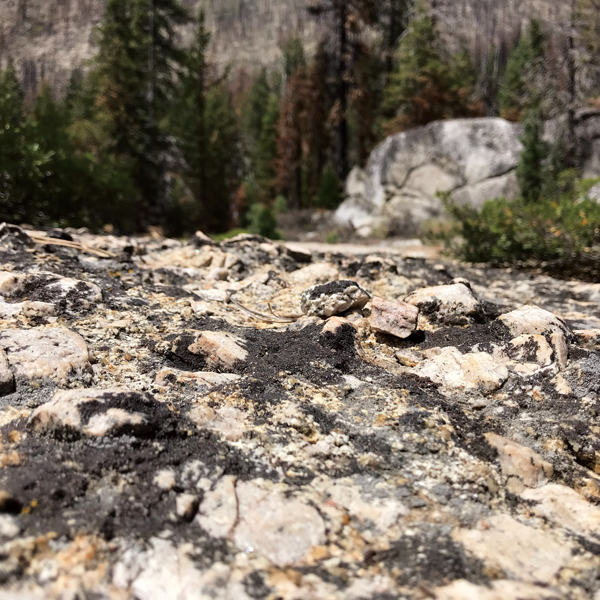 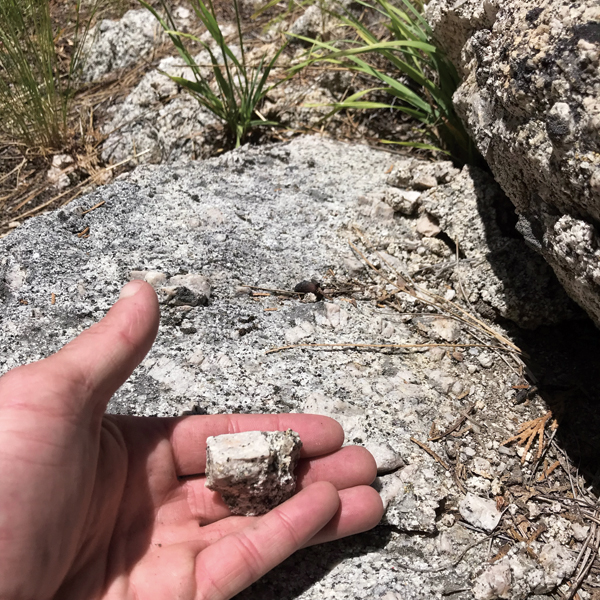 Clays can sometimes be used right out of the ground. Oftentimes, however, stones and other large objects need to be screened out. Slaking the clay down to slip consistency, then running through a mesh of desired fineness, followed by re-drying to plastic consistency will make a more manageable product. Rocks that are collected for use can be crushed first with a hammer and then with a large mortar and pestle. Some rocks are significantly easier to crush after a run through a bisque firing. A rock tumbler fitted with porcelain balls as crushing media, or a ball mill, if available, can work the rock into an even finer product, though it is not necessary to start with one.

It is difficult to discern how refractory a clay is by visual inspection of the raw material. Instead, hydrate and then pinch a small form from the clay. Fire it to bisque, then to mid-range, and then high-fire temperatures to see how it responds, making sure to have a catch tray underneath it to protect the kiln shelves in case of melting. Glaze materials are best tested by line blending, where two materials are blended in various ratios (e.g. 100% rock, 90% rock and 10% ash, 80% rock and 20% ash, etc.) to see how they respond to each other. Easy blends to start testing include: any wood ash and any clay, wood ash and any crushed stone, and any natural material with a store-bought feldspar.

Keep an open mind. The fired results from foraged materials won’t resemble the clays and glazes many of us are accustomed to, especially in early tests. Rather than trying to fit the materials into what we know ceramics to be, look at them with fresh eyes and appreciate the unexpected effects that they offer. Note: Many of the beautiful but rough surfaces will not be as suitable for eating or drinking from. 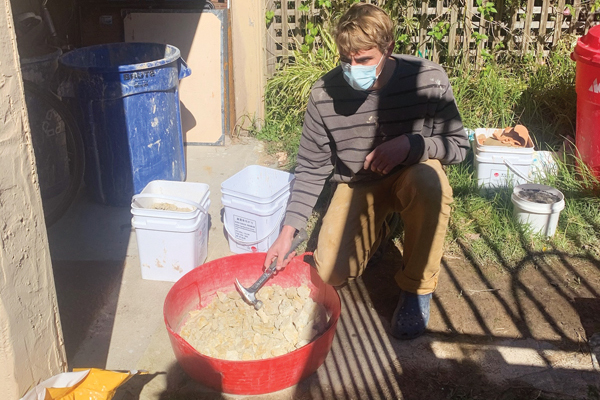 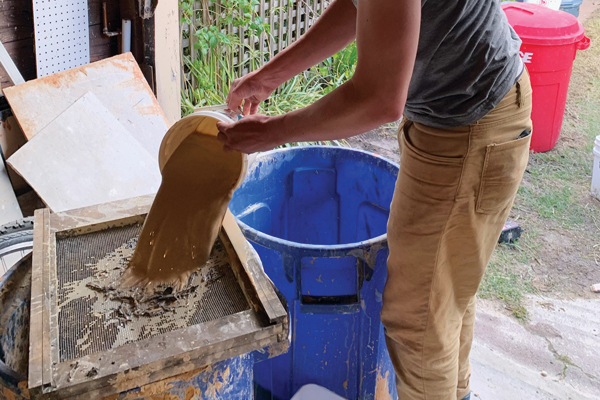 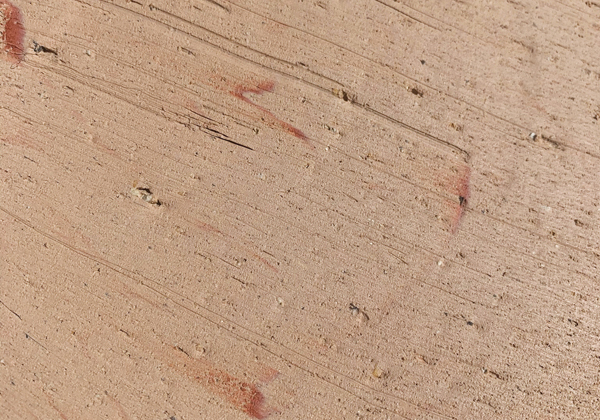 the author Matt Fishman has been a studio potter for several years after leaving a career in restaurant kitchens. He works out of Berkeley, California, making functional ware and teaching at The Potters’ Studio. He and his partner, Kate Gibbs, have been collecting and using local materials for the past five years. To learn more, visit www.mattfishmanpottery.com.