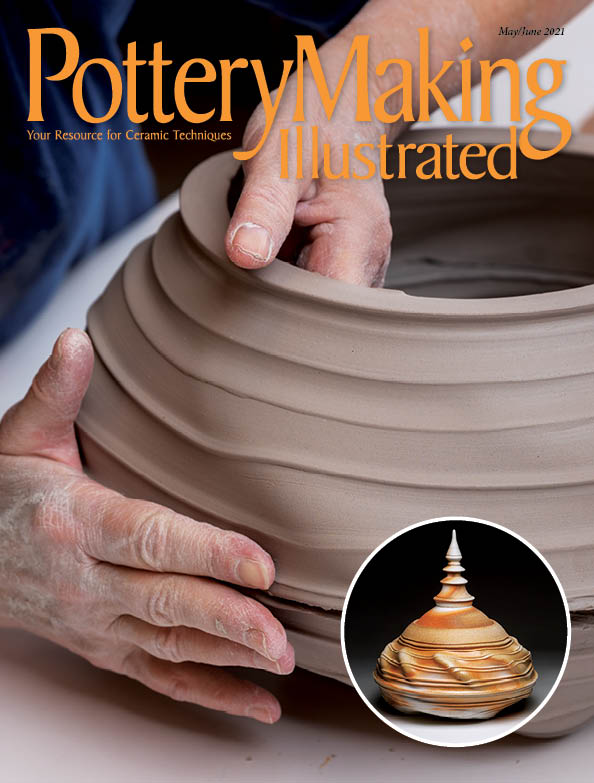 Tall pots are not necessarily big pots. Rather, they are forms that are several times higher than they are wide. Throwing high, slender, lightweight pots may seem an impossible task, but the secret of such an achievement is dependent on an understanding of the physical properties of the clay being used and an ability to plan a sequence of actions or activities that exploit this knowledge, followed by a willingness to practice and repeat them to obtain consistent results.

Each individual clay has a height limit beyond which it cannot be thrown or lifted, so special techniques are needed to create very tall pots. This natural limit is a function of total mass and the cohesion between particles of a clay/water system that govern its shear, compressive, and tensile properties in response to force, often referred to as its plasticity. Plasticity is also related to the proportions of plastic and non-plastic constituents in the clay body.

Although some authorities advise the inclusion of coarser materials to aid the ability of clay to stand up, it’s the plastic components that provide the internal forces of cohesion and adhesion within clay/water systems that make this possible. Paradoxically, it would seem that when there is more plastic, slippery material and less firm, solid, gritty stuff in a clay, a potter has better chances of achieving tall pots.

This can be seen if the tall throwing sequence is used to take the clay to the limit. Beyond a certain point, a uniform thickness cannot be sustained from rim to foot. Stresses from gravity, torque, and throwing friction prevent the clay from being lifted higher. Every clay has a limit beyond which it cannot be taken unless conditions are changed. Hence the use of burners, heaters, or air drying between stages com­bined with coil and throw, part piecing, and other techniques for creating very tall pots.

For anyone who has learned the skills of centering and opening a ball of clay, the philosophy of the technique presented here is quite simple and based upon sound mechanical principles. The initial basic cylinder is treated as a series of sections, one above the other. The top, and then the upper sections are thinned and pulled upward, using power transferred through stronger, thicker clay of the lower walls that support the weight.

You can throw tall pots when you remember a few things:

The logic of these things isn’t hard to comprehend. Thicker clay is better able to withstand the twisting stress of throwing. Firmer clay stands up better under the action of gravity. Soft clay needs a light touch and a gentle hand because it provides its own lubrication. A good pot is thrown using conscious, reasoned decisions from the time the clay is weighed to wiring it from the bat when shaping and trimming are complete. Placement of the fingers, hands, arms, and shoulders, as well as  their movements; a balanced body position; control of wheel speed; and comfort and relaxation are all incorporated and integrated as part of a well-thought-out plan. Each attempt is a rehearsal that brings our attainment to perfection through closer approximations. Such slow learning and devel­opment eventually manifests itself as excellence in craft skills, which, when applied unconsciously, free our minds for creative thought. 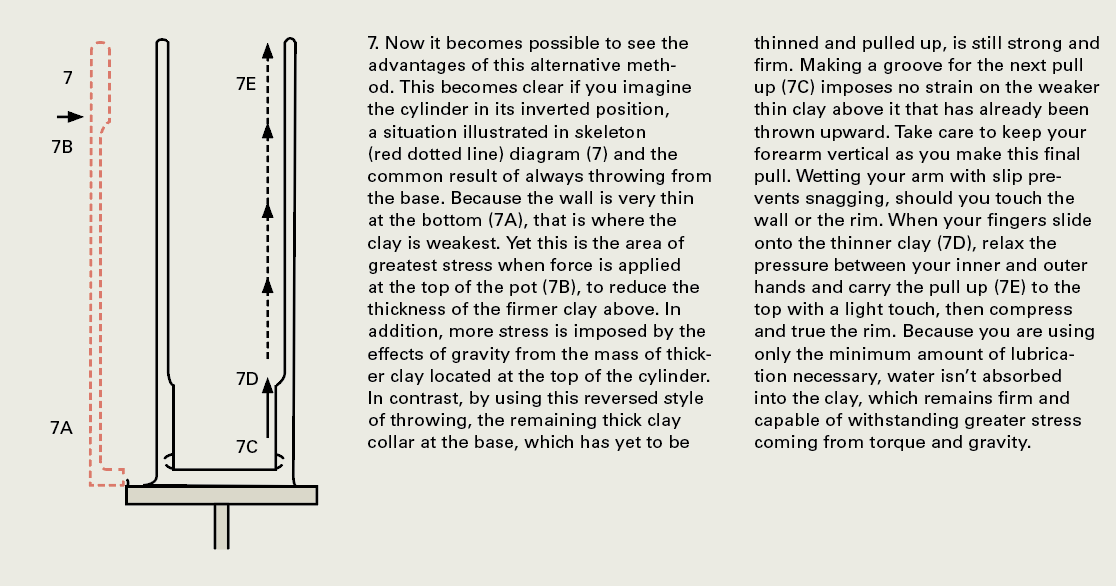 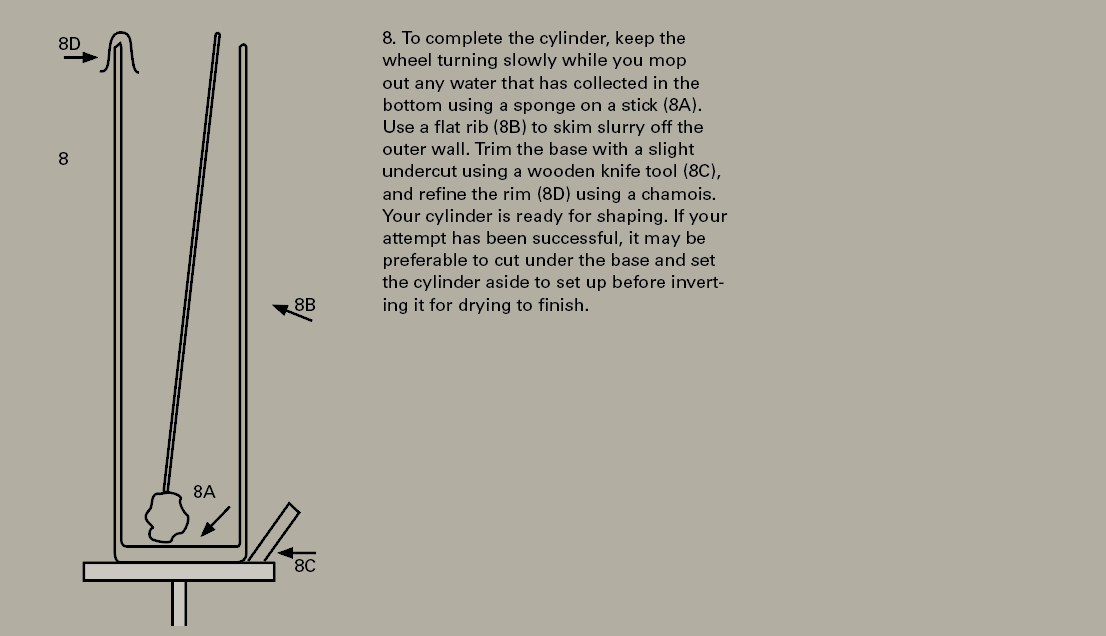