Chris Alvashere was inspired to explore the juicer form by the colorful examples he found in thrift stores and antique shops. So it's no surprise that he uses brightly colored clay to create his joyful juicers.

In today's post, an excerpt from the January/February 2022 issue of Pottery Making Illustrated, Chris explains how he throws his juicers and uses a cool inlay process to create decoration with a contrasting colored clay. Check it out and prepare to be inspired! - Jennifer Poellot Harnetty, editor

PS. To learn how Chris uses a press mold to create the reamers on his juicers, check out the January/February 2020 issue of Pottery Making Illustrated! 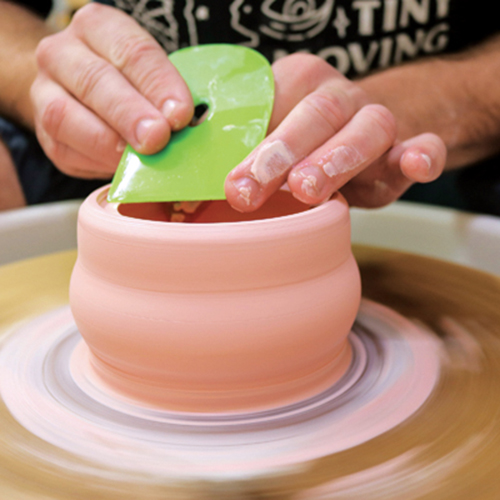 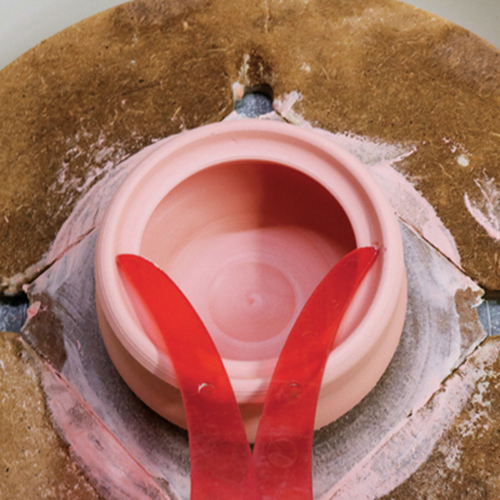 My juicers are made of wheel-thrown parts, assembled together with handmade or press-molded parts. All of my clay colors begin as the same white porcelain base clay body, allowing me to use a large variety of colors in the same piece.

Begin by throwing a thick, rough form, so you can trim the interiors, exteriors, and angles with intention. The thickness of the pot lends itself well to creating a deep flange for the lid seat that will be trimmed later for a precise fit (1). Use calipers to measure the thrown lid seat before throwing the separate top section that holds the reamer (2). No measuring takes place when making the top section of the juicers, as long it is wider than the base. The top section, which is a shallow bowl form (see 12), is also left thick when being shaped, usually around ¾ inch, to allow for trimming for the right fit later. 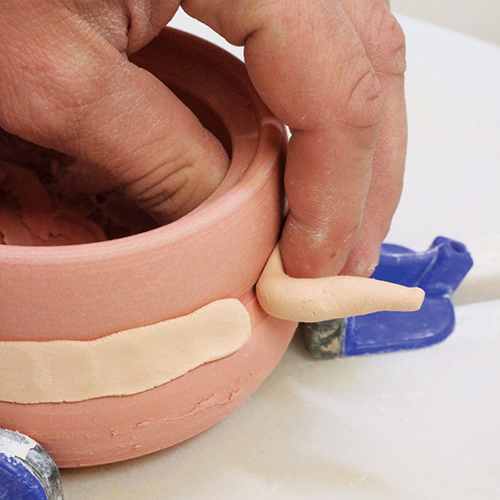 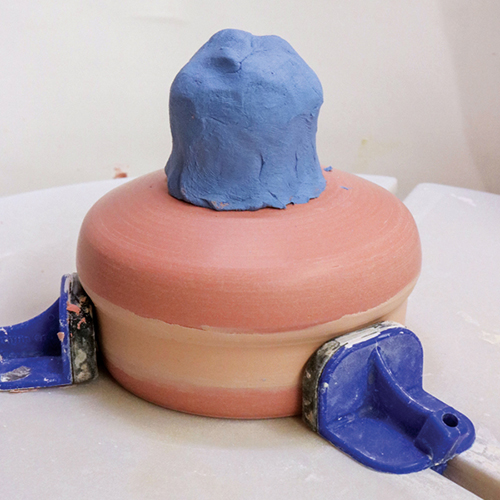 Trimming, Inlay, and Assembling the Parts

I begin the trimming process when the pots are a soft leather hard, just firm enough to not warp when held in a Giffin Grip. Start by trimming the pot upright to clean up the rim and upper portion of the form, and to carve out the lines for another color of clay to be inlaid (see 6). With a small loop tool, trim out the lines for the inlay as deep as possible to allow for some forgiveness in the next round of trimming. Use a needle tool to rough up the surface in the line, then wet the carved area with a wet paintbrush. Roll out a small coil of another clay color, and press it into the trimmed line (3). Compress the coil with wet fingers and a rubber rib to ensure it is well adhered. Trim the rest of the pot after the upper portion has firmed back up.

Score and slip a golf-ball-sized piece of clay, often in a different color, onto the base of the pot (4), then center and throw this into a thick foot (5). Allow it to even out to the same dryness as the rest of the piece, then trim the entire form with a variety of tools to create extreme angles and shapes that complement the rest of the form (6). I am very intentional during trimming to create obvious edges in the form that will later act as glaze breaks. Before the clay is too dry and brittle to alter further, use a knife to slowly whittle away a small section of the rim to act as the pouring spout (7). 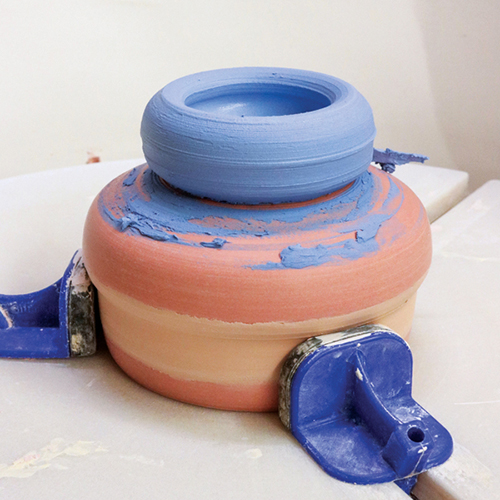 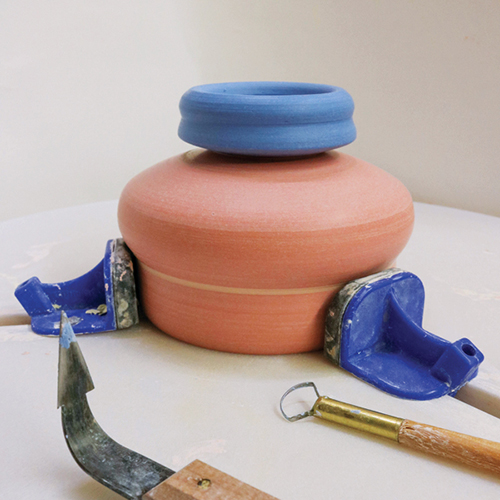 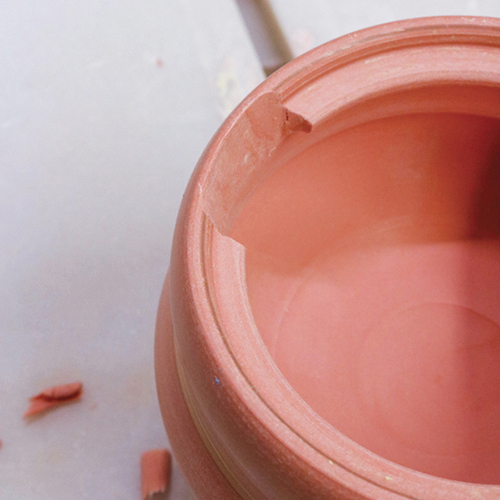 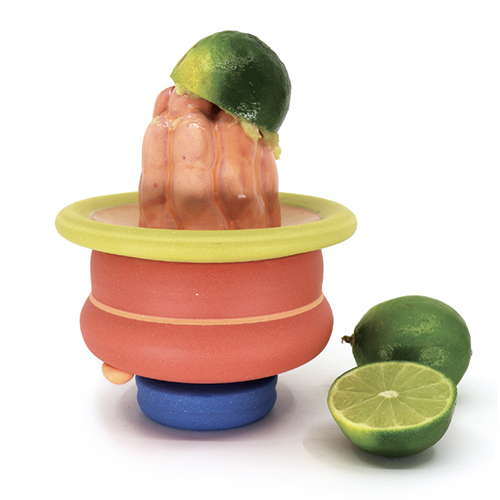 Chris Alveshere is a long-term resident at The Clay Studio of Missoula where he maintains a full-time studio practice and teaches ceramics classes. Originally from North Dakota, Chris received undergraduate degrees in ceramics and art education from Minnesota State University Moorhead in Moorhead, Minnesota. He received his MFA in ceramics from Alfred University. To see more, visit www.chrisalveshere.com.