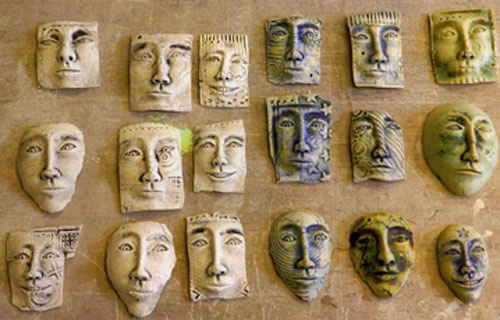 Plaster press molds are very useful when you are planning to make multiples of a particular form or an embellishment to a form. For Allistair and Sally MacDonell, press molds really came in handy for a series of ceramic jewelry that they wanted to make.

In this post, the MacDonells show us how easy it is to make plaster press molds. Plus they explain how they use stamps to texture each slab before molding it into the shape they want. – Jennifer Poellot Harnetty, editor.

Molds are very useful to speed up the process of repeating forms. Plaster is cheap and can be bought from specialist suppliers in a dry state. As shown in the illustrations, the MacDonells make plaster molds for their brooches. 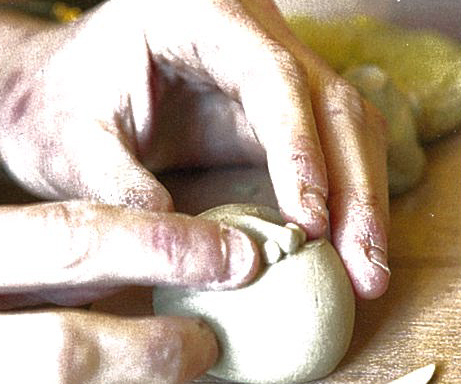 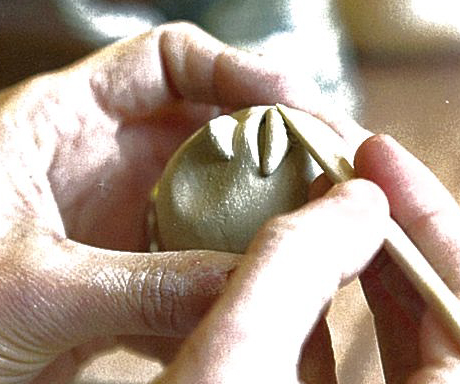 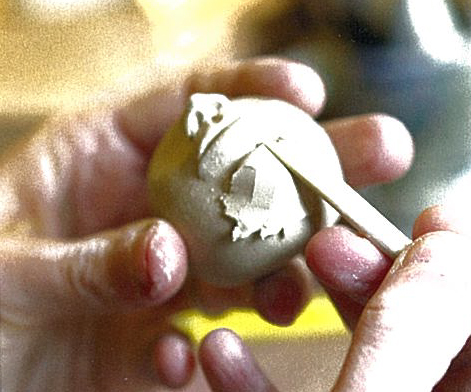 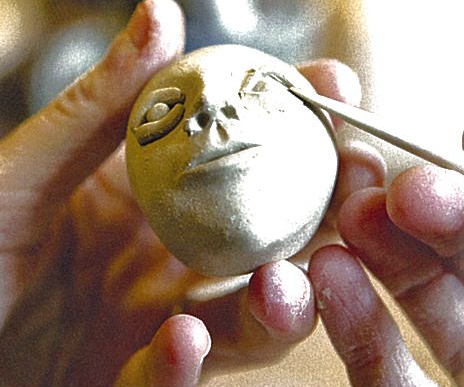 Pour the final amount of water into a large bowl or bucket. The plaster is then sieved over the surface of the water until an island of plaster appears, whereupon one more handful of plaster is sprinkled around the outer edge of the water in the bucket. Leave the plaster and water for a couple of minutes until all the plaster has been soaked through, then gently agitate the mixture from the bottom until it becomes thicker, being careful not to introduce air into the mix.

When the mixture begins to thicken, it can be poured into the prepared cavity. It is then gently pushed down to ensure that the plaster has been forced into every detail of the model and that air bubbles have been encouraged to the surface. If the estimated amount of plaster is not enough, then the surface should be roughened by dragging a finger through it as it is becoming solid, so that another mix can be made and poured over it. If too much plaster has been mixed then the excess should be poured into a rubbish bag, NOT down the sink, where it will block the drain hole. 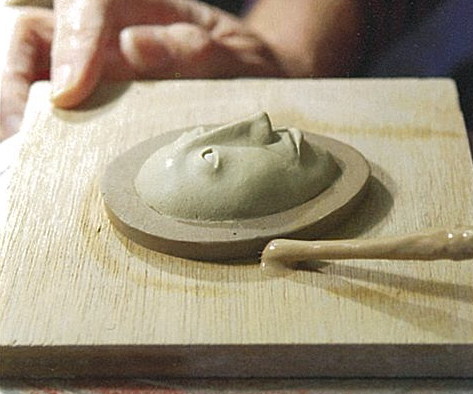 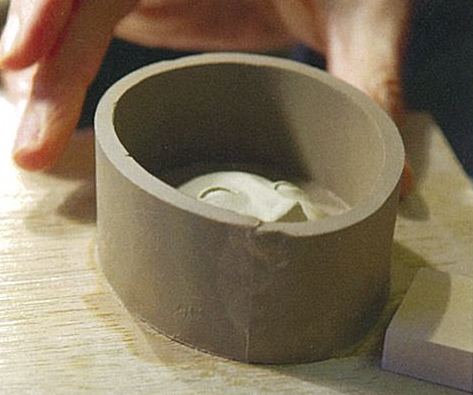 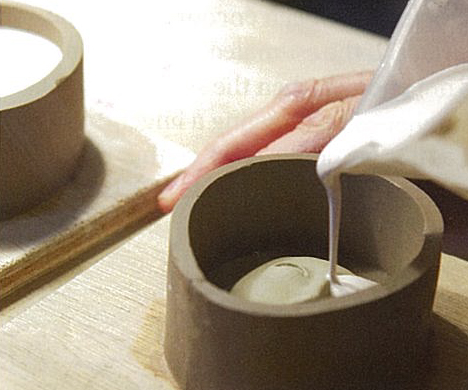