How to Make a Cone Pack for Your Kiln Firing Know how hot your kiln gets with cone packs! Jeni Hansen-Gard Pyrometric cones are wonderful little thing-a-ma-jigs that help us to understand what is going on with ware inside a kiln as it fires. Pyrometers can give us the temperature, but pyrometric cones tell us about heatwork, or the combined effect of temperature and time.

Although there are self supporting cones on the market, many potters put their cones in cone packs before a firing. In this post, an excerpt from The Teaching Clay in the Classroom Teacher Workbook, we are going to show you how to make a cone pack for your kiln firings. - Jennifer Poellot Harnetty, editor

How to Make a Cone Pack

A cone pack, sometimes called a witness cone (see definition below), is made by placing a guide cone, a firing cone, and a guard cone in a coil of clay. The guide cone is a cone cooler than the intended temperature, the firing cone is the temperature you are firing to, and the guard cone is one cone hotter than you are firing. The cones should be pressed into a small coil of clay at a slight angle in melting order. The cone pack should have an area at the end for the cones to drip or melt into, which is sometimes referred to as a boat. 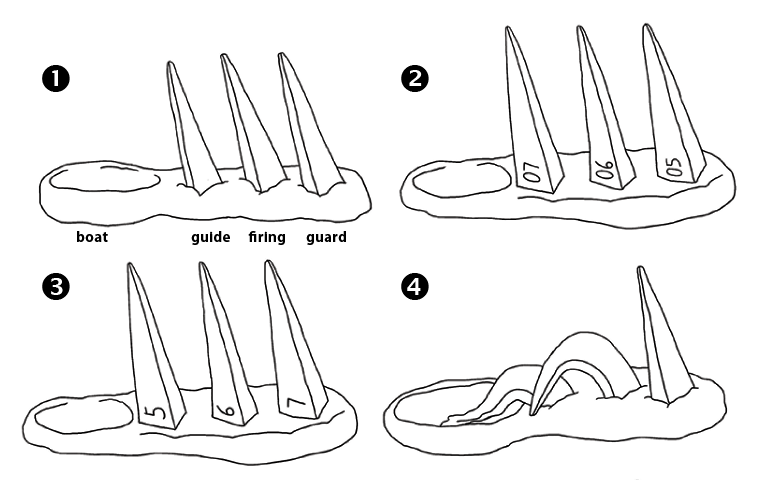 1 Three Individual Cones: The cones should be placed in cone packs that include a guide, firing, and guard cone.

2 Bisque Cone Pack: For example, a bisque cone pack could have 07, 06, 05 if cone 06 was the intended firing temperature.

3 Glaze Cone Pack: A mid-range glaze cone pack could have cone 5, 6, 7 if cone 6 was the intended firing temperature.

4 Fired Cone Pack: The cones bend and fall into the boat as they reach their melting temperature.

It is helpful to have an inventory of different cone packs that are available when needed. Making them in advance also provides time for them to dry. This reduces the risk they’ll explode during the firing. Cone packs can be used in electric kilns and gas kilns.

Witness Cone Definition: Self-supporting or large cones in a cone pack are placed inside the kiln so they can be viewed through the peephole. An attempt should be made to keep the placement consistent from firing to firing. It can be helpful to keep and label some of your used cone packs to track your firing results over time.