Bruce’s love of material is evident in the pots he makes. Starting out always on the wheel, he makes complex pots with exceptional craftsmanship. In today’s post, an excerpt from the Ceramics Monthly archive, Jessica Cabe explains Bruce’s process for a “Bucket Jar.” - Jennifer Poellot Harnetty, editor

PS. To learn about more about Bruce Cochrane and see lots of images of work from his long career, check out the November 2017 issue of Ceramics Monthly.

After Cochrane spends time working out the form on paper, he begins the process of making his bucket jar as he begins all of his pieces: on the wheel.

He first throws an open-ended conical form, using a straight metal rib to achieve the signature rigidity in his pots (1). Next, he throws the inside shoulder/lid seat, base/foot ring, lid, and knob for the jar (2). This method of combining multiple thrown pieces on one pot is standard procedure for Cochrane and one way he keeps his thrown forms evolving and personal.

After all the elements are thrown, it’s time to start putting them in place. Using the wheel, he attaches the base/foot ring to the small end of the conical form (3). Using a knife, he then cuts the solid, thrown knob into a new form, in this case an X-shape (4). 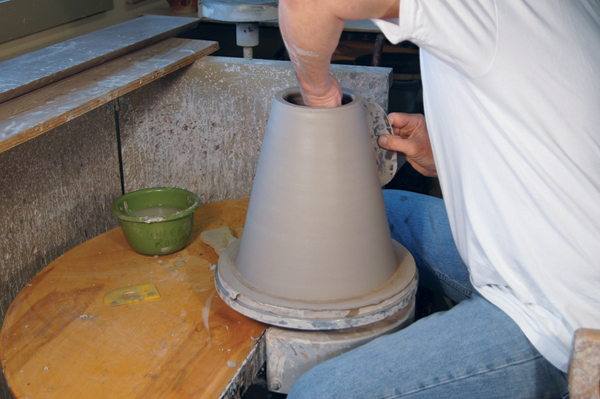 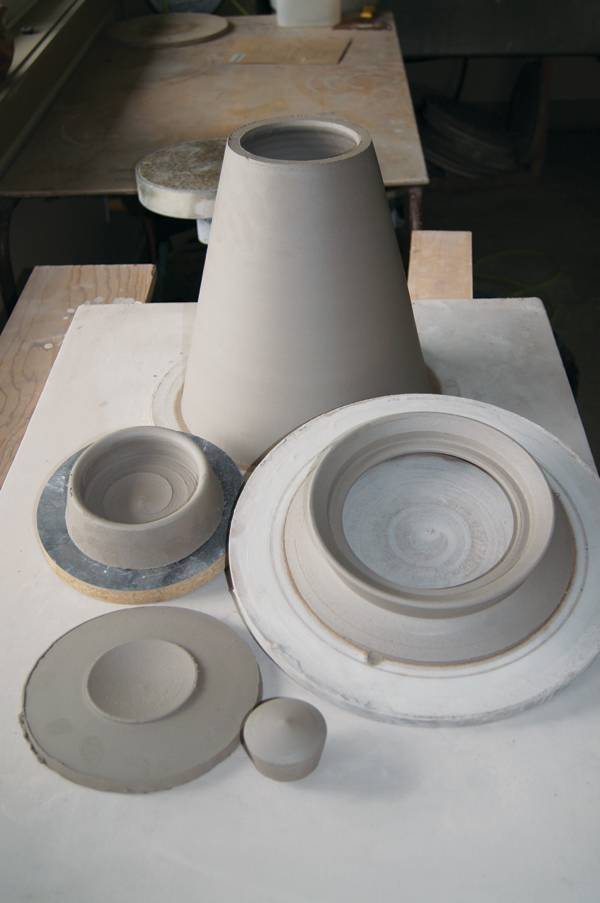 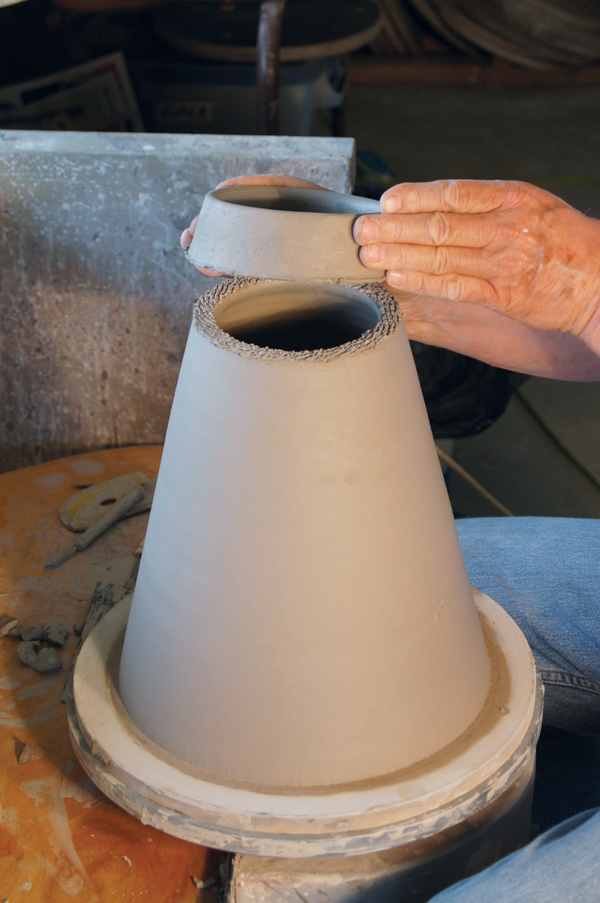 He then shifts his attention to the top of the pot by flipping it right-side up and putting it back on the wheel. The first thing he does to the top of the jar is to reshape the lip by throwing it to its final form (5). When the lip is set, he drops the shoulder/lid seat into the jar about 3 inches below the lip. He uses the wheel to attach the shoulder to the inner wall (6 and 7).

He then completes the lid by attaching the formed knob (8). He sets the lid on the jar and is ready to alter the nearly-completed form.

Using a knife, Cochrane cuts shapes in the lip area—making sure his cuts are identical on opposite sides of the form—to reference the bucket detail (9). He cuts out the reverse shape on the foot ring. 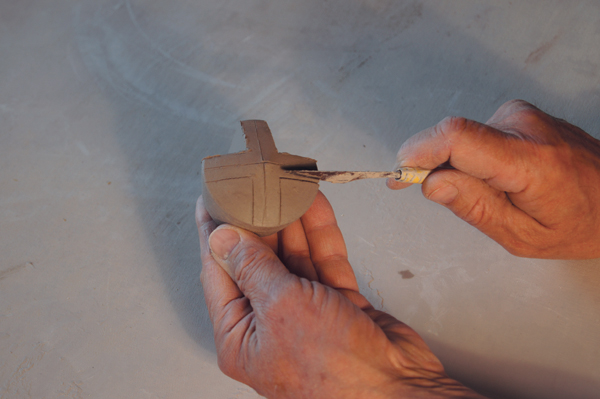 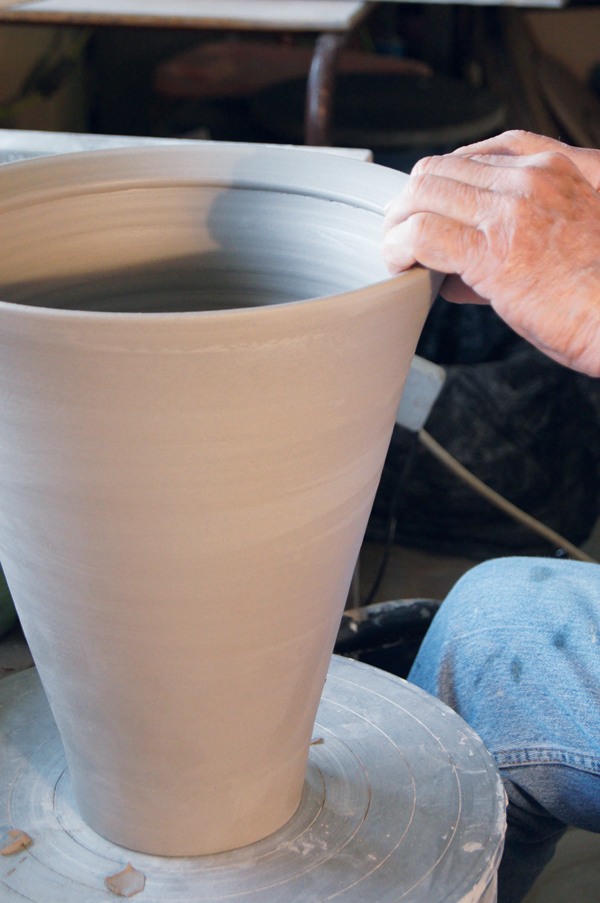 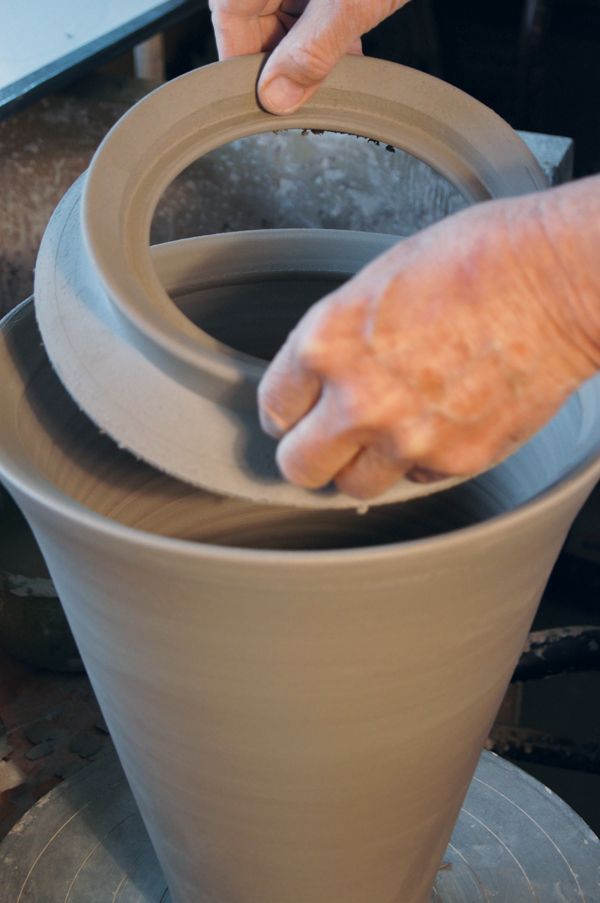 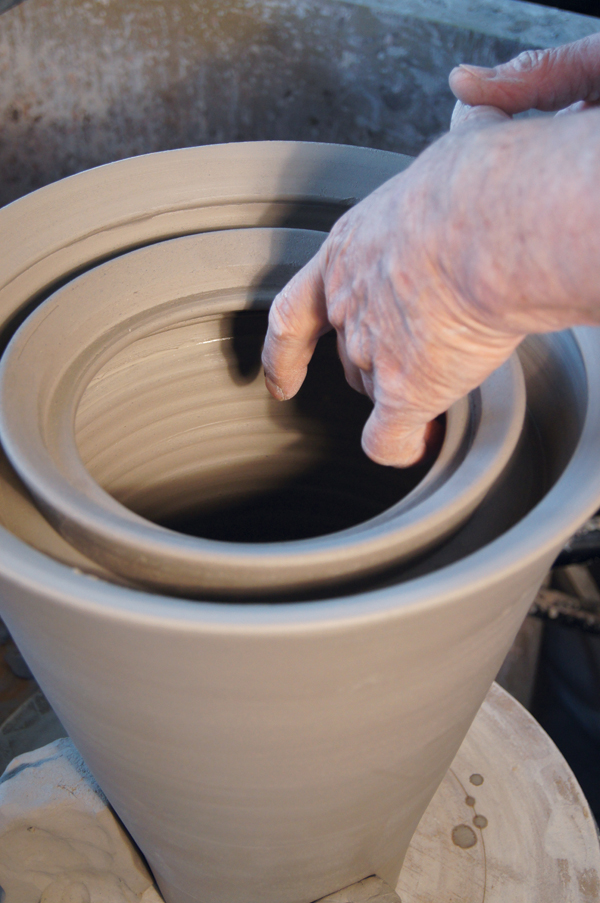 The last step in creating his bucket jar is the surface treatment. Once the jar is in the firm leather-hard state, the exterior surface is shaped with a Surform to soften the form and give the pot texture (10). The texture is enhanced by the  wood firing process (see finished jar, right). Cochrane seldom uses exterior glazes and instead experiments with different clay bodies, from light to dark, and occasionally uses white slip to achieve surface variation in his wood firings. 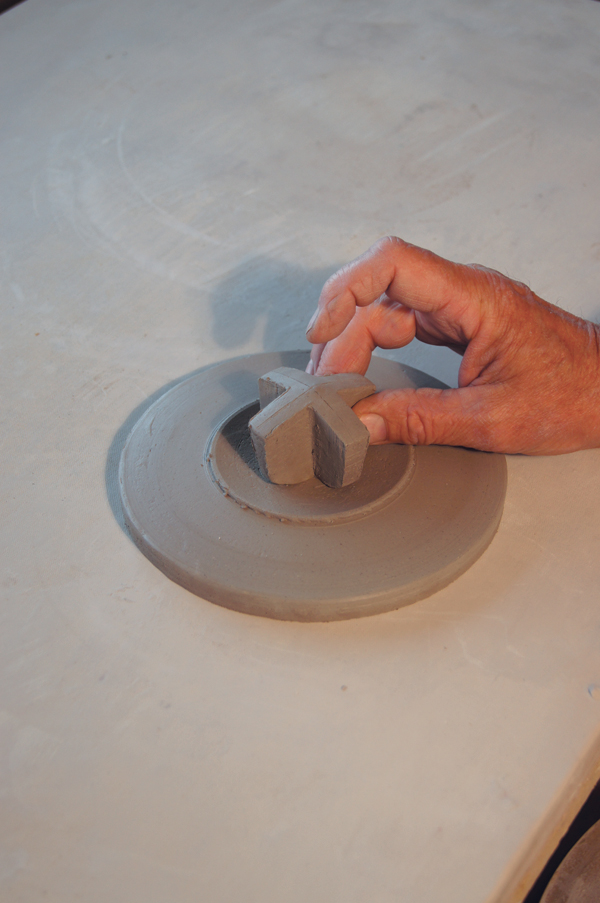 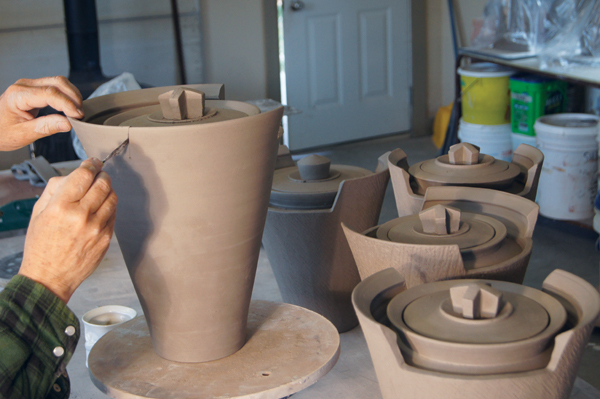 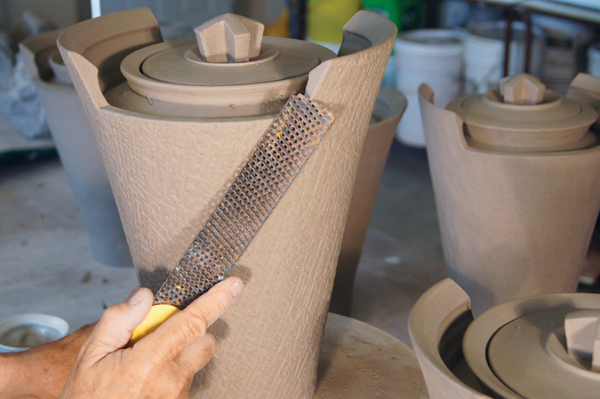 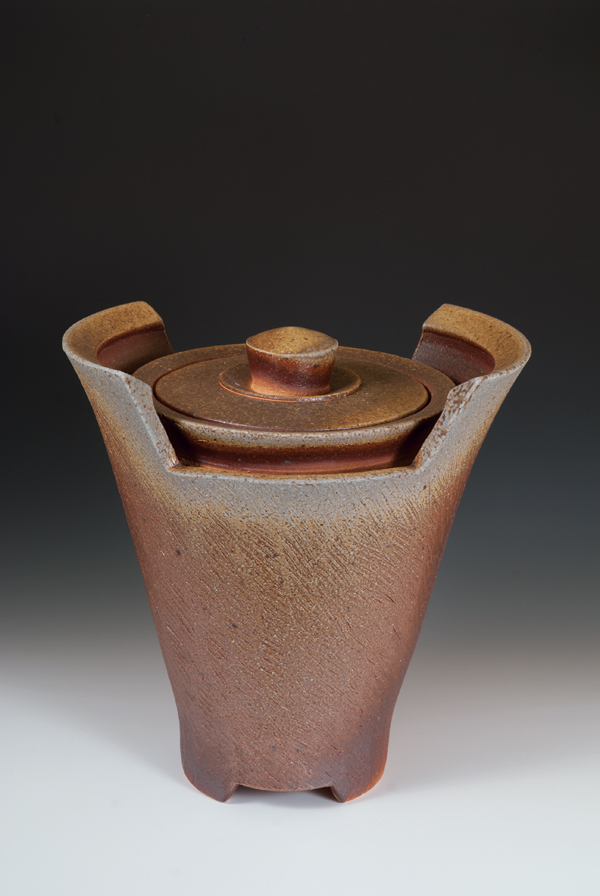