Unlike many of us, Asa Oloffson uses her own underglaze recipe so that she can create the colors and the characteristics she is after in her whimsical work. After laying down a design using a wax resist and slip inlay technique and then bisque firing, Asa paints with underglazes as if coloring in a coloring book. Finally she selectively glazes with glazes that will enhance certain colors and make them run.

In this post, an excerpt from the Pottery Making Illustrated archive, Asa shares her process and her underglaze recipe. - Jennifer Poellot Harnetty, editor.

After bisque firing, it’s time to add color to the pattern (1). I use homemade underglazes (see underglaze recipe), commercial stains, and glazes mixed with oxides and I apply them with paintbrushes and foam stamps. Commercial stains are sturdy and may run a little bit if you want that effect. I apply some colored glazes on top of some of the underglazes to enhance the colors. Oxides are more likely to run than stains. And I do want it to run! That gives a softer, livelier look to the pot. 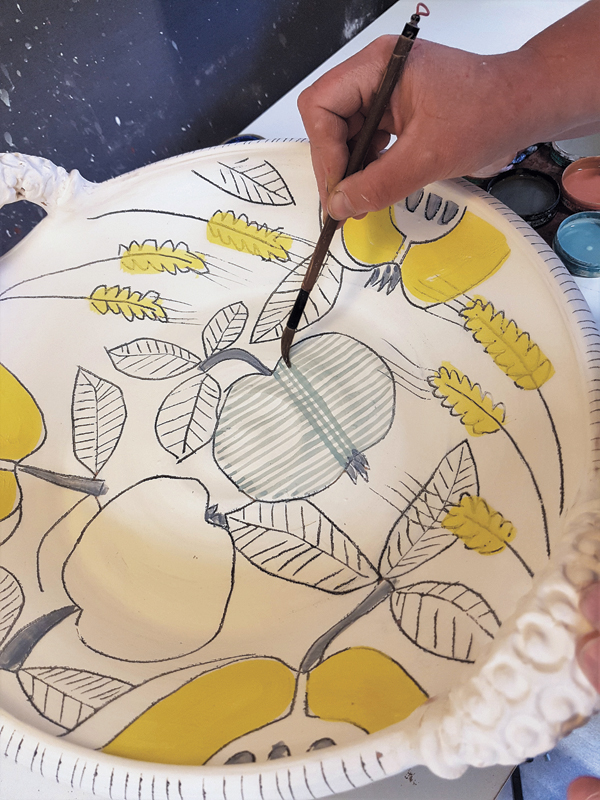 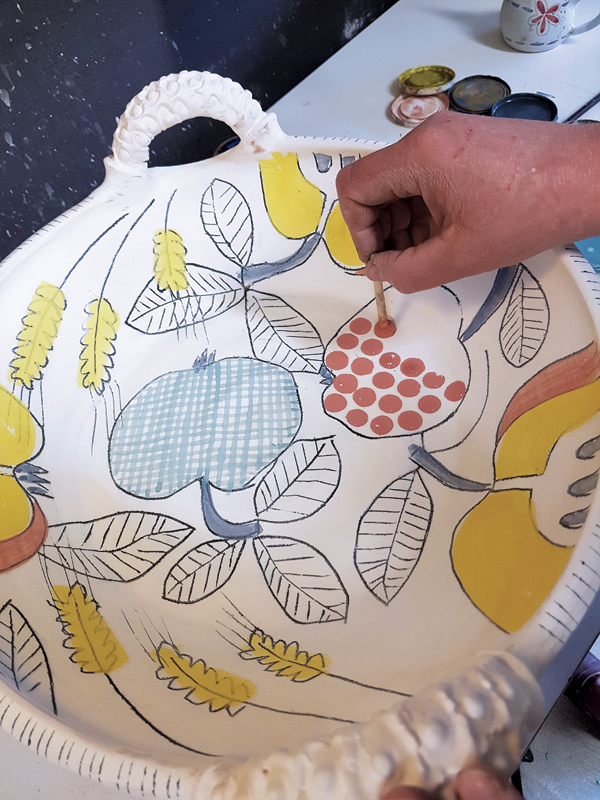 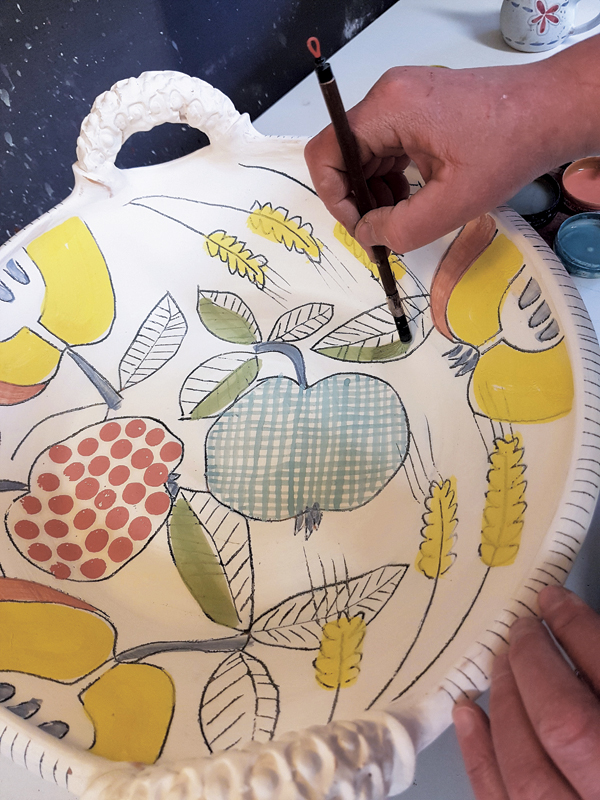 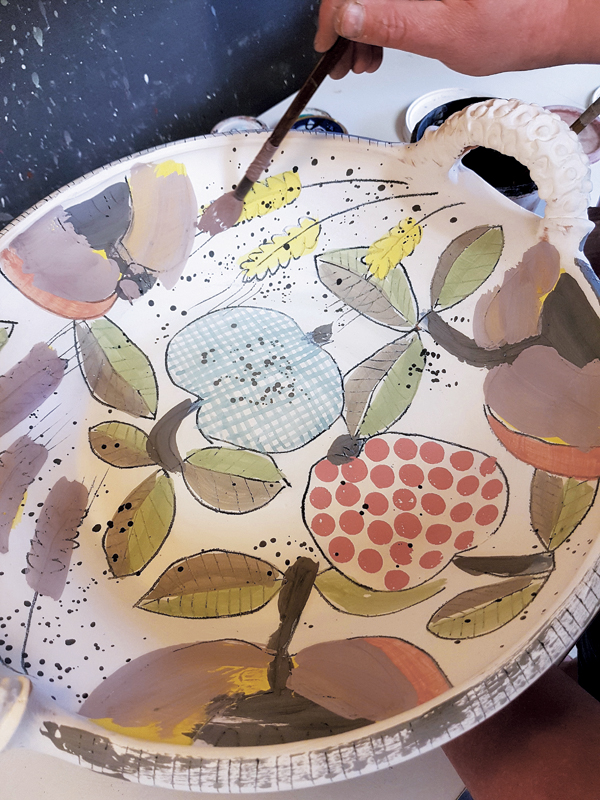 Within each outlined shape, I like to be creative with additional patterns. This highlights certain shapes and also allows some elements to pop while others sit more in the background, again, leading to a more harmonious overall design (2, 3). Paint an iron-rich glaze over all of the yellow underglazed areas to make it run and brighten the yellow (4).

Partially cover the handles with a copper glaze to make them green (5). A partial covering allows the texture and a bit of the slip to still show through. Brush a copper glaze (made from a transparent glaze base) over the black-slipped design elements so they bleed green (6).

Finally, the plate is dipped in a commercial clear glaze and fired to cone 04 (1940°F (1060°C)). I glaze it all the way around the bottom as well, then I fire it on three triangular kiln stilts/sticks (7). You can grind off any remnants of the sticks after the firing, so only small marks remain. 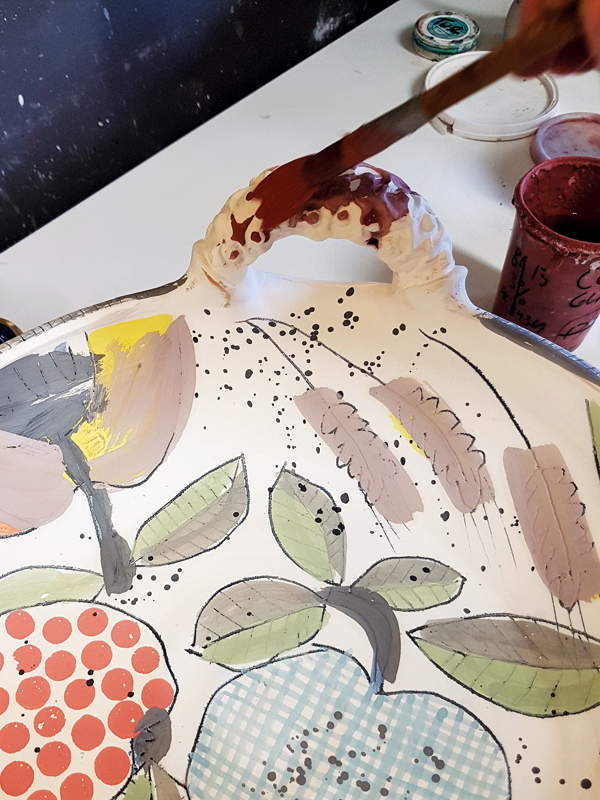 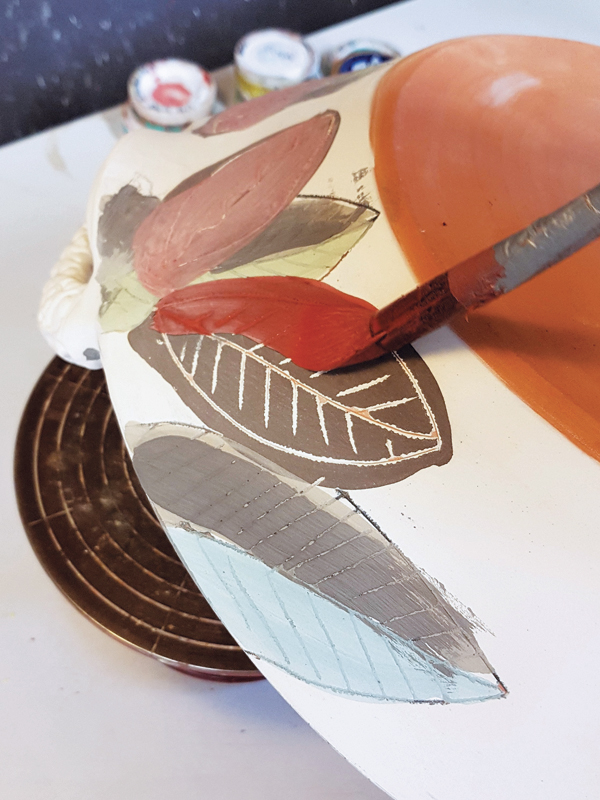 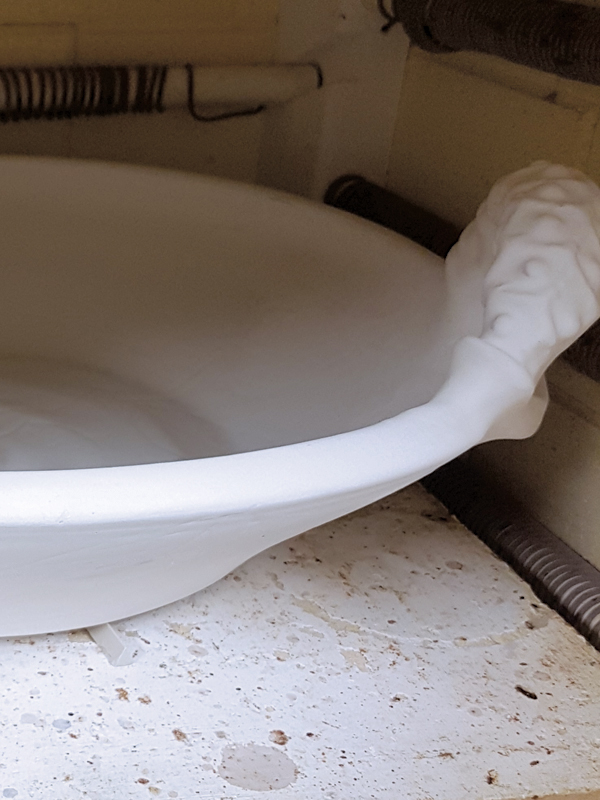 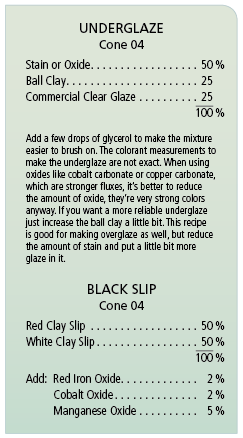