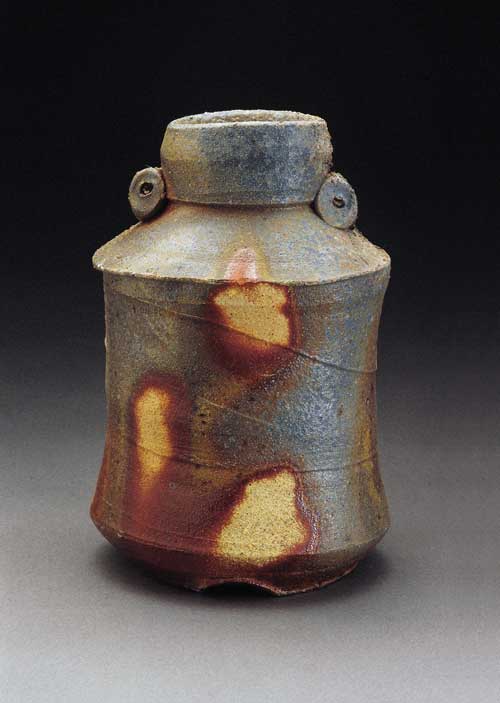 When most people hear the words "tumble" and "pottery" in the same sentence, they might envision a pile of broken shards. But tumble does not always have a negative connotation in the pottery world. Tumblestacking—stacking pots on top of one another in a kiln, separated only by wadding—s a popular way to load pots in atmospheric firings because it can influence the path of the flame and the marks it leaves on the pots.

This is the method Judith Duff uses in her train kiln to beautiful effect. Today, Judith shares her firing method and the plans for her train kiln. - Jennifer Poellot Harnetty, editor

After a few years of gas firing and intense glazing, I was drawn to the warm and tactile look of pots fired in atmospheric firings. On several occasions, I visited the Sackler and Freer Galleries in Washington, D.C., and arranged an appointment to see the Asian pots in their private collection. The early Japanese wood-fired pots of the third and fourth centuries intrigued me. That is when they first began firing stoneware clays to high temperatures in hillside anagama kilns. This resulted in rudimentary glazes, formed when the wood ash adhered to the surface of the pots. I loved the effect and knew that I wanted to pursue it.

In 1997, I attended a three-week wood-firing workshop at Utah State University with John Neely and Australian potter Owen Rye. I loved the ash-covered, reduction-cooled pots from the train kiln and decided that was what I wanted to build. Neely had designed the kiln after a Japanese model. The result was pots covered in ash, with beautiful flashings of color. I had found my new direction!

My husband and I built the train kiln by counting bricks on slides taken of the Utah kiln. After my kiln was built, I asked my daughter, an architect, to undertake the arduous project of compiling accurate plans. She used a three-dimensional computer aided design (CAD) program to produce extremely detailed plans. The result was the most phenomenal set of kiln plans I had ever seen. They contained views from every direction and three-dimensional rotations, as well as row-by-row construction diagrams.

I make many of my pots heavier than normal to withstand the weight of tumblestacking. The pots are bisqued to reduce shrinkage in the tumblestack. The wadding I use between the pots is a combination of fireclay, sand, sawdust, and flour. The fireclay allows for a warmer mark on the pot and is applied in shapes that become part of the surface decoration - no perfect little circles.

The lid and the peepholes are closed and two raku burners are placed in the kiln to warm it up slowly overnight. At 6am, the stoking begins and the firing continues for 42 - 48 hours. The stoking begins in a hole below the main firebox until the temperature in the firebox reaches 700 degrees F (370 degrees C). Stoking is then continued in the top and bottom. After body reduction, I stoke in the main firebox and two side-stoking holes for the remainder of the firing. In the beginning, the firing took 26 hours. I have gradually extended the time to experiment with the ash deposit on the pots.

Approximately two  cords of wood are used per firing. It is primarily pine, with oak and other hardwoods mixed in. At the end of the firing, I cool in reduction to 1650 degrees F (900 degrees C). The kiln is then left to cool for three days. Another day is spent cleaning up the pots from the kiln, removing wadding, sanding, etc. views from every direction and three-dimensional rotations, as well as row-by-row construction diagrams. 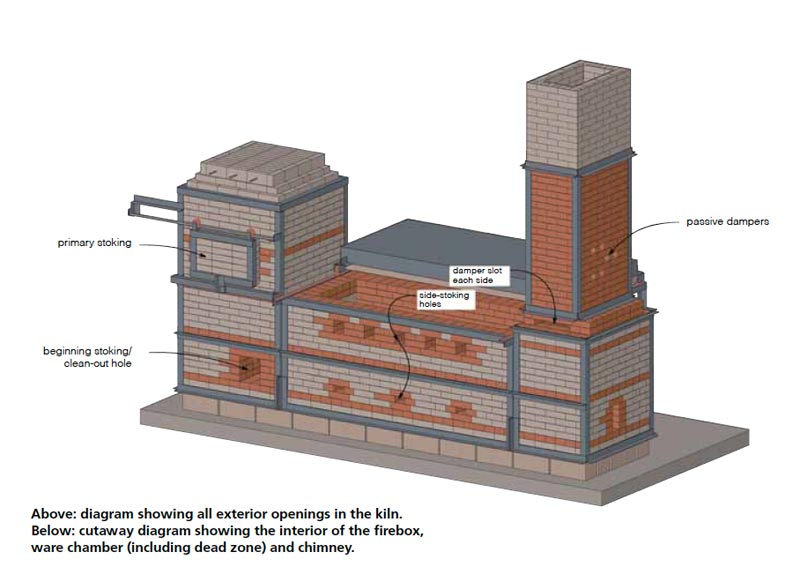 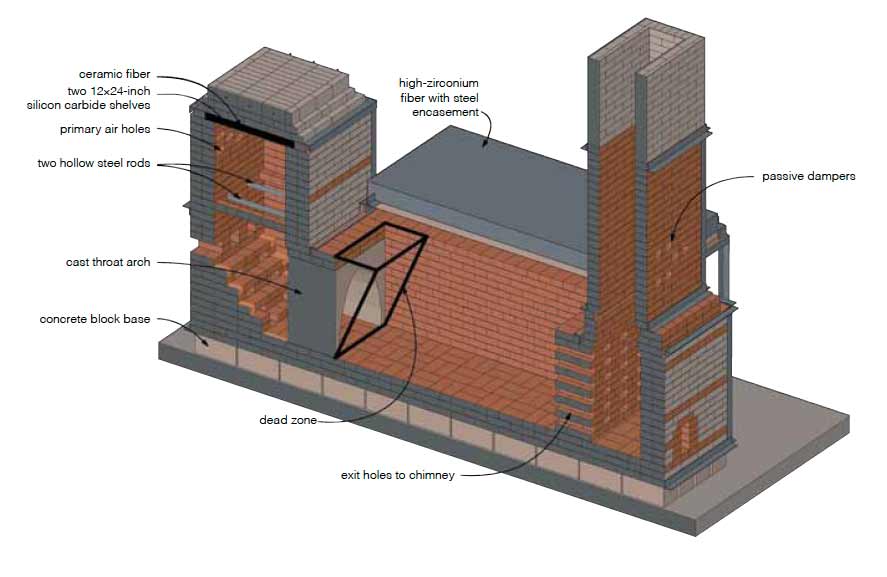