The Tower of London’s dry moat was recently flooded again, but not with water. This time it was with 888,246 ceramic poppies. Paul Cummins and Tom Piper, with the help of countless volunteers, created the epic installation commemorating those who served and perished in World War One.

For more about this fascinating and moving project, have a look at this excerpt from the Ceramics Monthly archive by Holly Goring. - Jennifer Poellot Harnetty, editor 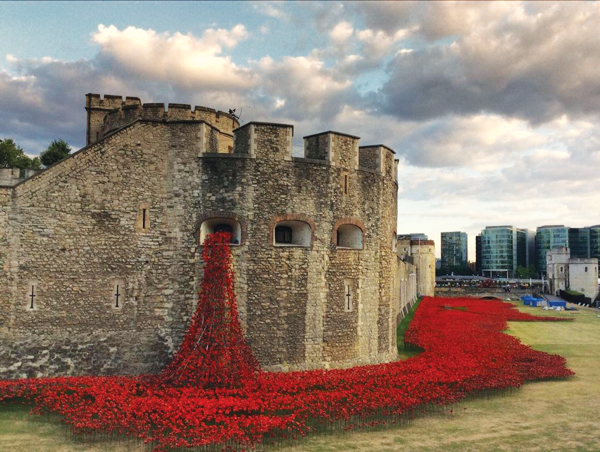 The monumental art installation, Blood Swept Lands and Seas of Red, was created to mark the 100-year anniversary of the first full day of Britain’s involvement in World War I. It filled the Tower of London’s famous moat from July 17 to November 11, 2014. The project, conceived by English artist Paul Cummins and put together with the help of stage designer Tom Piper, consisted of 888,246 ceramic poppies, each individually created by a team of volunteers. Each poppy represented a British military fatality during the war/

Each poppy was handmade and individually shaped by a team of local workers in Derby, England, making each flower unique.

Cummins spoke with the Rod McPhee of the Mirror in London, about the poppy production: terra-cotta clay was cut into sections, rolled into large flat slabs, and cut with a metal stamp, similar to a large cookie cutter, into petal-shaped patterns (1). Two stamped pieces were then layered one on top of the other in opposing directions to form six overlapping petals (2). 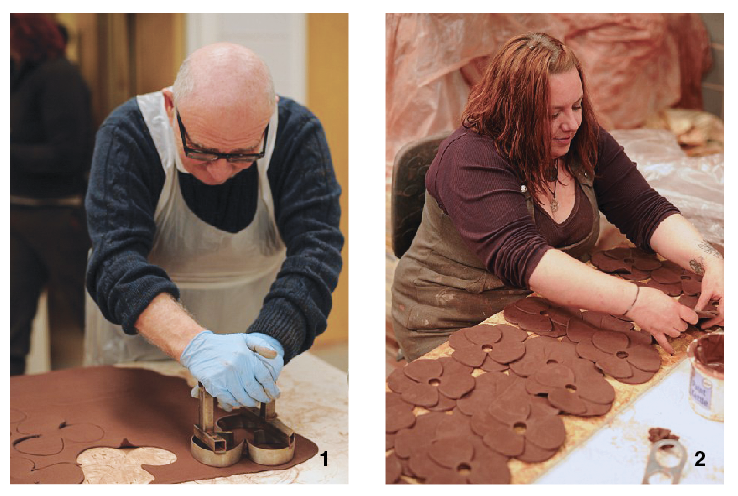 Each petal was individually crimped and folded to create a three-dimensional flower (3–4), then placed on drying racks built from plywood sheets and bricks (5). A bright red glaze was applied to the bisque-fired poppies before they were glaze fired (6). Following the firing, a two-foot-long metal stem was assembled and welded around each poppy (7). 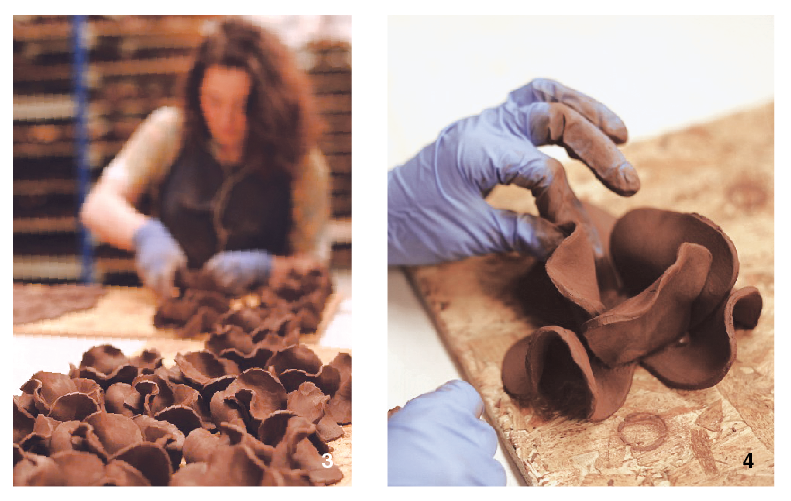 The immense task of creating the ceramic poppies fell to a team of volunteers in a factory 130 miles away on an industrial estate in Derby. The production line ran for 23 hours a day, seven days a week, reported McPhee. A staff of 52 people worked overlapping shifts and produced over 7000 flowers a day in order to meet the six-figure target. The entire project spanned eleven months from the first poppy made in January of 2014 to when the last poppy was placed in the 16-acre moat on Armistice Day, November 11, 2014. 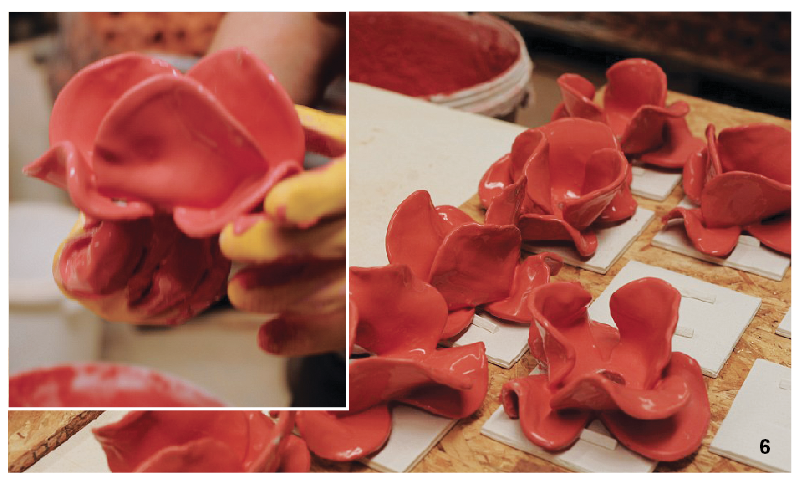 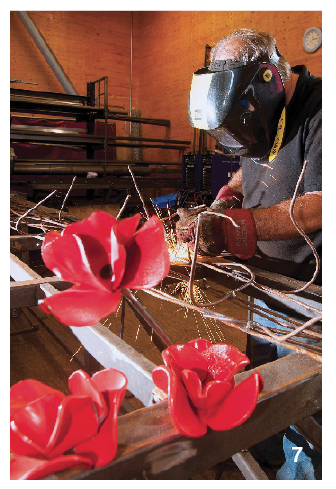