Northern California has a generous number of artists working in clay. The vast influences of historically important artists like Viola Frey (1933–2004), Peter Voulkos (1924–2002), and Robert Arneson (1930–1992) permeate the daily lives of artists in the region. Stylistic differences between Frey, Voulkos, and Arneson, as well as the generations of artists they mentored and inspired, encourage expressive freedom and an energetic form of iconoclasm. Witness the extreme diversity between, say, the work of well-established artists Jim Melchert, Richard Shaw, and Ron Nagle. 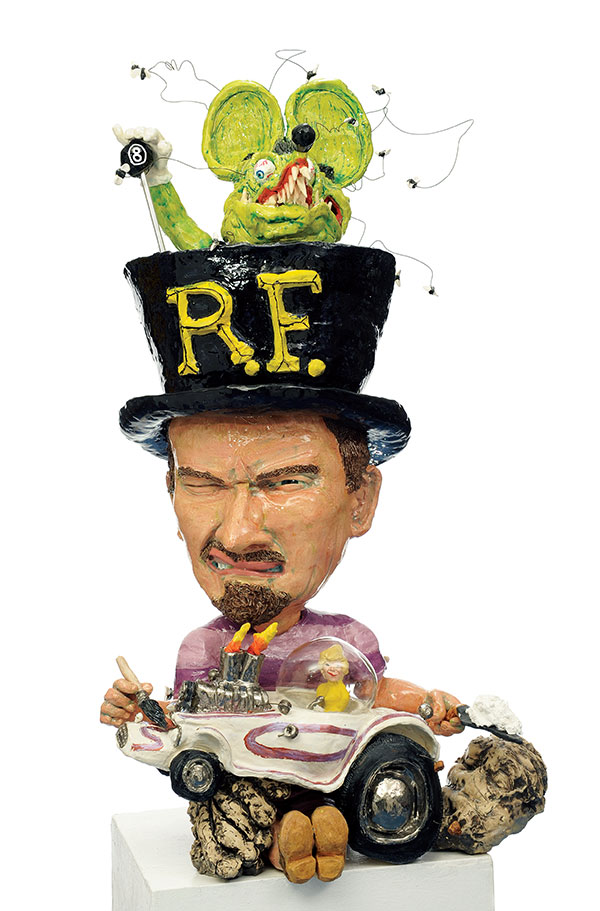 Mention of Shaw prompts a diversion to the quality of physical energy that translates to prolific output. In my 43 years as a curator in the region, four artists I have worked with possessed extraordinary energy. The first three are: Frey, who as a child created figures from the mud and clay of her farming family’s irrigation ditches, working in her studio to the last day of her life; Shaw who bicycled daily, rain or shine, from Stinson Beach to teach at the San Francisco Art Institute, a round trip of 46 miles; and Clayton Bailey (1939–2020), who would leave visitors to his Port Costa compound with doubts that one man could create such an abundance in one lifetime after they viewed his prodigious ceramic production, his countless robots and creations in metal, his varied collections, and the all-encompassing treatment of his environment. The fourth is Tony Natsoulas.

Inspired from an Early Age

Natsoulas is a creative human dynamo. Born in 1959, his parents, both academics, encouraged cultural and artistic immersion from early childhood. Annual summer trips to New York to visit relatives, Greek immigrants from Cyprus and Symi, afforded visits to museums and galleries. The family was based in Davis, California, where his father was appointed professor of psychology at the University of California, Davis (UCD). UCD was gaining a reputation as an important Northern California art center with highly esteemed art faculty members including Roy De Forest, Manuel Neri, Wayne Thiebaud, and William T. Wiley.

A further influence was Clayton Bailey, who Natsoulas encountered on a class field trip to the artist’s studio. Bailey was engaged in a body of work centered on Bigfoot, creating giant skeletons, skulls, bones, and even droppings of the legendary beast. Natsoulas also visited Bailey’s Wonders of the World Museum in a decrepit Port Costa building. Here, Bailey, in a white lab coat and pith helmet, assumed his alter ego, Dr. George Gladstone, leading visitors through his poorly-lit laboratory of inventions and contraptions, ending at the gift shop displaying ceramic cups, pins, teapots, switch plates, and tiles. 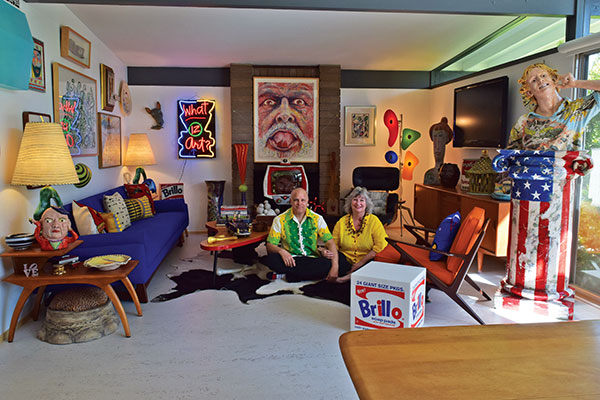 After earning his BFA degree at UCD, Natsoulas felt a need to undertake graduate studies on the East Coast, deciding to leave the highly stimulating Davis/San Francisco Bay Area art scene for a new, unknown learning adventure. His application was accepted by the Maryland Institute College of Art (MICA) in Baltimore. There he befriended a fellow graduate student, Eddie Bisese, whose figurative paintings impressed and influenced him. But homesickness overcame Natsoulas, and he left MICA after two semesters to return to California and UCD. Before entering the Davis MFA program, he spent a summer session at the Skowhegan School of Painting & Sculpture in Maine, encountering guest artists Francesco Clemente, Judy Pfaff, Mark di Suvero, and William Wegman. Once he was back in the studio at Davis, Natsoulas produced an extensive series of life-sized figurative sculptures that expressed his thoughts on personal, social, and political issues. Upon earning his MFA degree, he was offered a solo exhibition at the Rena Bransten Gallery, one of San Francisco’s premier galleries representing prominent Bay Area artists, including Viola Frey and Ron Nagle. Natsoulas had two successful exhibitions at the gallery, one in 1986 and the other in 1989.

Finding Independence and a Fulfilling Life

Energetic, optimistic, and adventuresome, Natsoulas had a notion that the popularity of his work, with the right exposure, could provide a satisfying way of life for an artist. While studying at MICA, Arneson had urged him to go to New York, join a gallery, and ride the wave to success, but Natsoulas had friends following that path who were struggling to make it work. They faced high rents, incompatible housing, and, having to work long hours at menial jobs, found little time to pursue their art. Tony accepted teaching and visiting artist positions in regional and national colleges, all the while centered on an ambitious schedule of creating new work, showing in solo and group exhibitions, and undertaking public commissions. The resulting exposure of his art gained favorable responses from artists and the public alike. Over time, he was able to support himself through the sale of his art and occasional participation in workshops and guest-lecturer appointments. His figurative sculptures appealed to the general public as well as to the art community, a rare advantage that allowed him to become independent from the gallery scene.

Many artists, even those celebrated in their field, remain attached to a university or college, both to maintain a stable income and to enjoy the perks of sabbaticals and academic honors. Alternately, Natsoulas evolved a system allowing self sufficiency while continuing to do what he enjoyed and required most—creating his art. He developed a pleasing, informative website (www.tonynatsoulas.com, launched in 1999); developed mailing lists of people and institutions interested in his work and kept in touch; and diligently managed the necessary monthly business side of things—accounting, paying bills, dealing with insurance and healthcare—that are often avoided by artists, but that can be the key to independence and a fulfilling life. 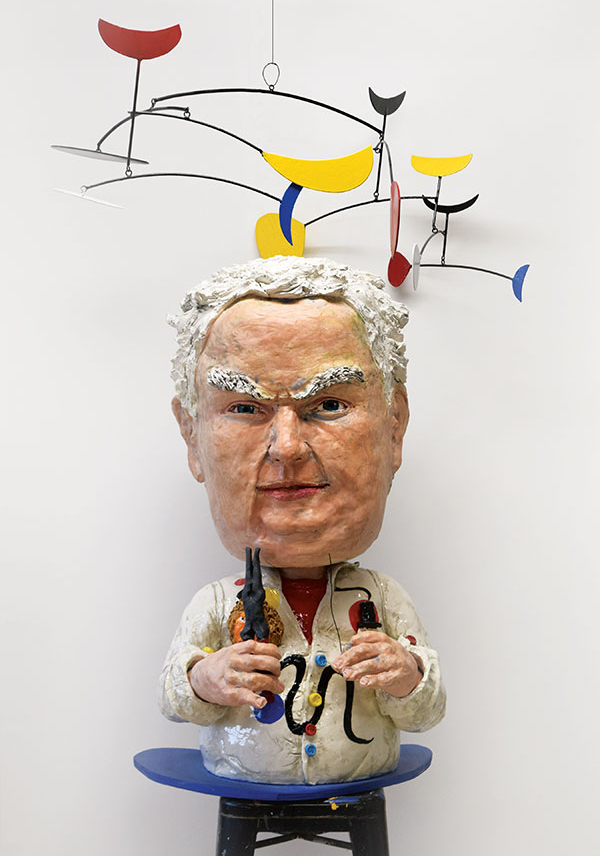 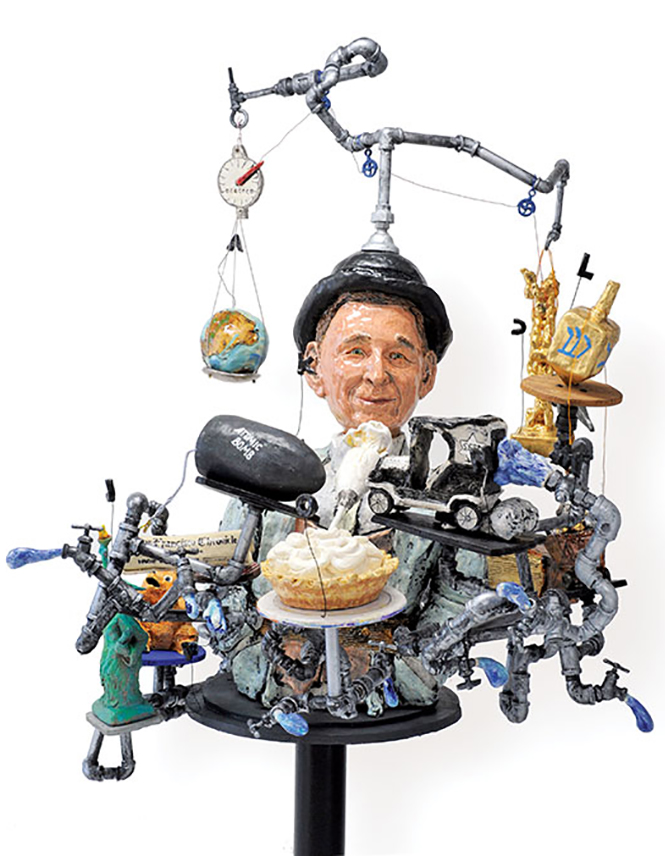 In 1993, Natsoulas and Donna George were married. Donna shares Tony’s interest in popular culture and celebrities from 1950s television such as Audrey Meadows, who played Alice Kramden opposite Jackie Gleason in The Honeymooners. Unlike his mentor Arneson, whose figurative sculptures were based on self-portraiture, Natsoulas’ works depict icons of Western popular culture: The Beatles, Carmen Miranda, Pee-wee Herman, and Rosalind Russell as Auntie Mame.

As a curator in the San Francisco Bay Area, I was aware of Natsoulas’ work since his days at UCD, but my first working experience with him was in 2000, presenting a solo exhibition at the Oakland Museum of California Sculpture Court at City Center. This venue was an experiment and an opportunity to bring art to a public not accustomed to seeing art in a downtown site—a busy corporate headquarters populated by executives, office workers, delivery people, lunch-goers, and the general (not often museum-visiting) public. Public response to Natsoulas’ work was overwhelmingly positive; visitors easily identified the works depicting Picasso, The Beatles, and Carmen Miranda, and speculated on the identities of Hercule Poirot and Clayton Bailey in his Dr. George Gladstone get-up. People laughed and smiled, recognizing that well-crafted, serious art could be humorous as well.

The past two decades have been exceedingly productive for Natsoulas. He has presented fourteen solo exhibitions, including “Barocco,” a major Crocker Museum installation of life-sized ceramic busts of friends outfitted in the wigs and finery from the Baroque and Rococo eras. He also presented at numerous national ceramic workshops and served as guest artist at the Museum of Ceramic Art, Shigaraki, Japan. He completed nine public and private commissions; and has seen over three dozen works accessioned in public and private collections. 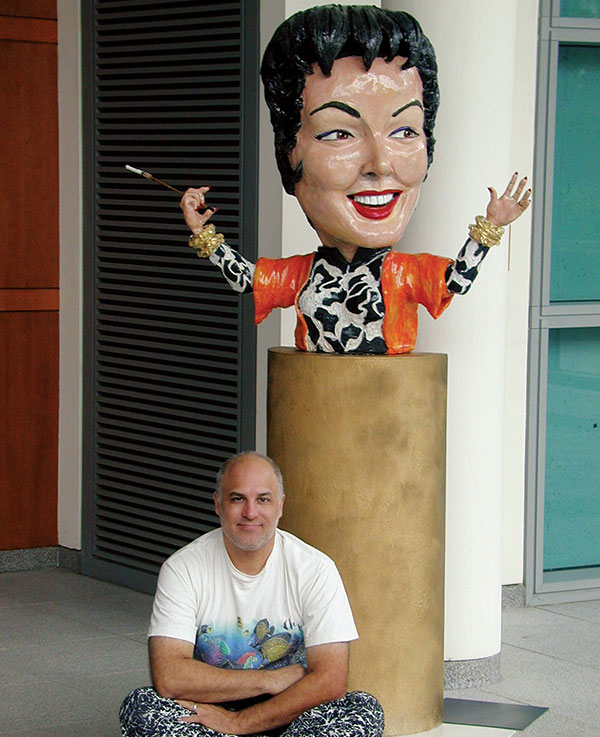 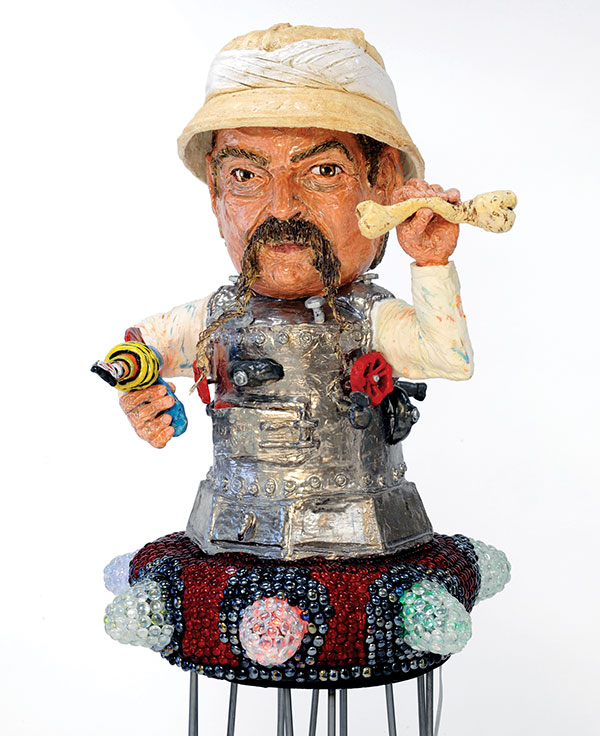 His most recent works reflect his admiration for eccentrics and iconoclasts in our society whose lives he chooses to illuminate by depicting their images with the tools of their trade: Alexander Calder, creative genius, holding a pair of pliers: a story has him killing time in a doctor’s office by creating small sculptures with paper clips, only to have them bent back into usable shape by the cleaning crew; “Big Daddy” Ed Roth, Los Angeles builder of outrageous hot rods and creator of the anti-Mickey Mouse character Rat Fink; and Basil Wolverton, cartoonist, and winner of a contest to depict Lena the Hyena, a character in Al Capp’s Li’l Abner comic. Judging the 500,000 entries of that contest were Salvador Dali, Boris Karloff, and Frank Sinatra.

Now in the prime of his career, Tony Natsoulas—fully aware of his good fortune having support from his parents and his wife, growing up in a creative community, having had great teachers and learning experiences—is on his own path and busy today in the studio.