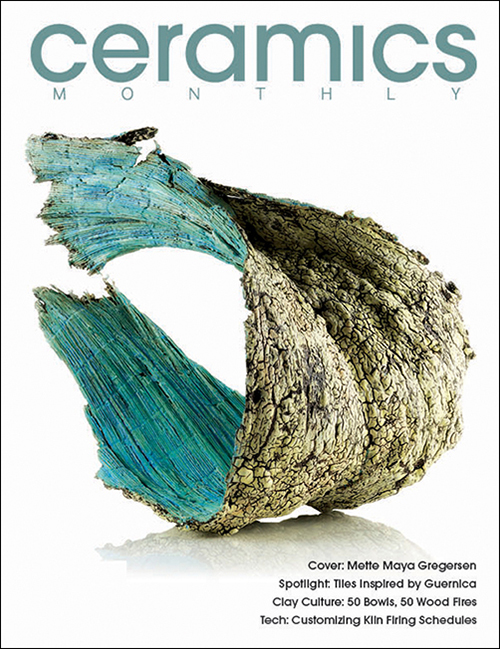 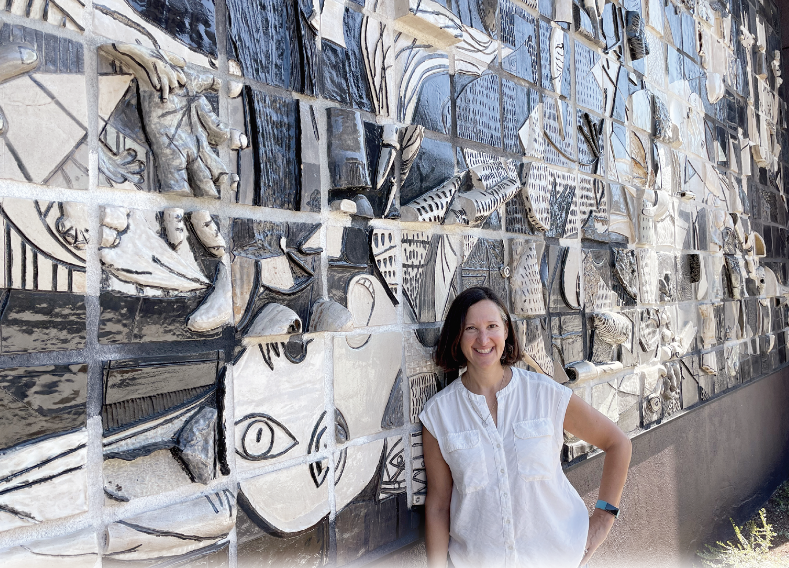 Ceramics Monthly: What inspired the mural project that your ceramic students at Ohlone College created?

Katie Frank: Six years ago, I visited the Reina Sophia Museum in Madrid and stood in front of Picasso’s painting, Guernica. For the rest of the trip and after I returned home, I couldn’t stop thinking about that painting: its scale, its movement, the tragic story it told. I was on sabbatical, and I would be going back to teaching in the fall. When I returned home, my mind was mostly on curriculum development, but this painting kept creeping in—I just couldn’t shake it. I knew that somehow, one way or another, we were going to be working with this piece, and we were going to be doing it at full scale.

CM: How did you orchestrate the project’s completion over multiple semesters, and multiple academic years?

KF: I divided the painting into 275 one-foot by one-foot square tiles, and I printed each section onto pieces of paper about the size of large postage stamps. I put all those pieces of paper into Ziploc bags. Students from all three ceramics classes drew tiles at random, and each student set to work re-creating their little section of Guernica. Every student made three tiles; some created many more. For four weeks of the semester, the shelves were filled with fragments of Guernica in various states of completion. Students talked excitedly about which exact piece they were working on, seeking out classmates with adjacent tiles to see if their interpretations of the piece could somehow align. The composition for each tile was predetermined, so the students challenged themselves within that format to throw forms and alter them, to score and slip various shapes onto the tile, to coil build, and to carve into the tiles to create interesting textures.

In between trying to create more shelves for greenware and the nonstop firings, I was consumed with organizing, indexing, and inventorying a growing number of these giant tiles. Once in boxes, the seven or eight tiles per box were so heavy that I recruited students to carry them from one storage location to another. For three full years—six semesters—it went on like this until every section had been formed, glazed, and in some cases, repaired or re-made due to cracks or damage.

For two more years, the completed tiles sat in boxes. We tried not to break them while they were being transported yet again to multiple temporary storage facilities during a challenging move for the ceramics department to a new art building. And then there was the pandemic that slowed down everything, including the renovation of the building where the mural was going to be installed.

Finally, in the spring of 2022, I reached out to the ceramics students who made tiles. Some returned to campus and helped unbox the tiles and work on the final installation with the current ceramics students. It was exhilarating to see all that labor finally come to fruition: all those classes, all the firings, the endless organization and relocation of the tiles. In a happy twist of irony, while the subject of the piece is the chaos and destruction of war, I can’t help looking at it now and seeing the community that emerged as we came together to build this monumental piece.