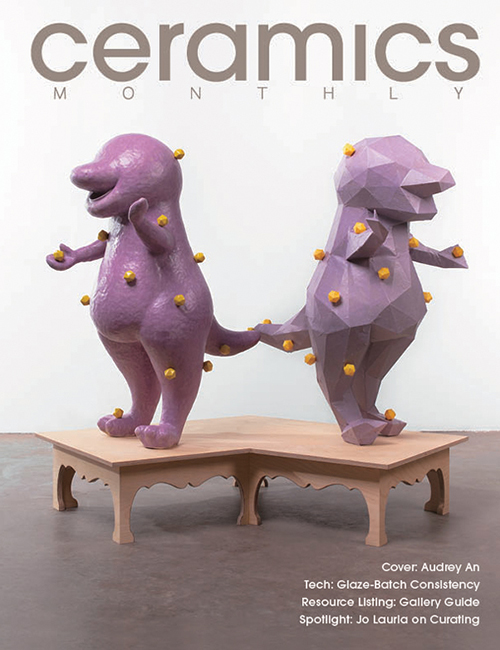 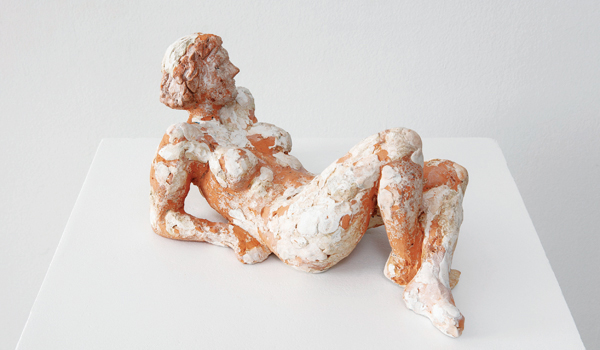 Clay is the most immediate material sculptors can use—it becomes an extension of flesh in a way no other material can. The history of the clay being worked, touched, shaped, and formed innumerable times remains; those imprints record the fleshy materiality of the process. Figurative sculptors create a one-to-one relationship between their own body and that of the clay, always recreating the awareness of their own skin, their own musculature, grip, and unique fingerprint.

In his self-titled exhibitions at the Consulate of Greece in New York (December 2021 to February 2022) and the Embassy of Greece to the US in Washington, DC (May to June 2022), George Petrides displays this kind of highly developed body-consciousness. Not concerned with a narrowly realistic depiction of the human body, his work focuses on something somewhat more fundamental, abstract, and conceptual—the human experience, what it is to inhabit a body. One of the most primary characteristics of his work is the way its surfaces reveal every aspect of their making. His touch is evident everywhere, the nature of the materials constantly exposed. You perceive the accumulation of his gestures and placements, sense the evolutionary course from something indistinct and rudimentary to a coherent figure. 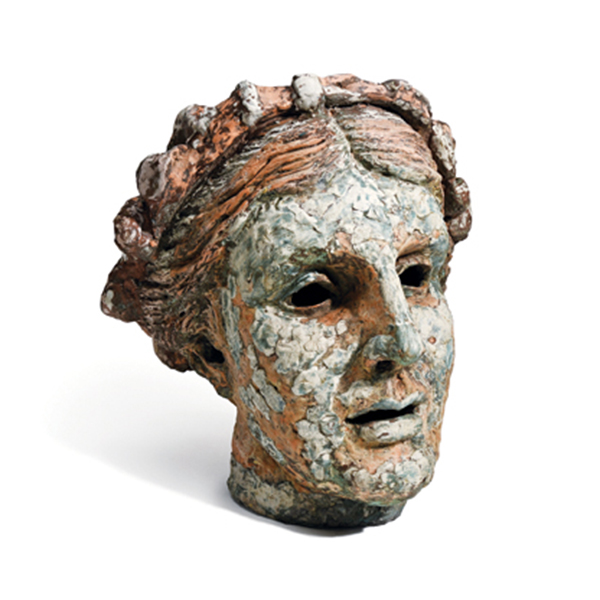 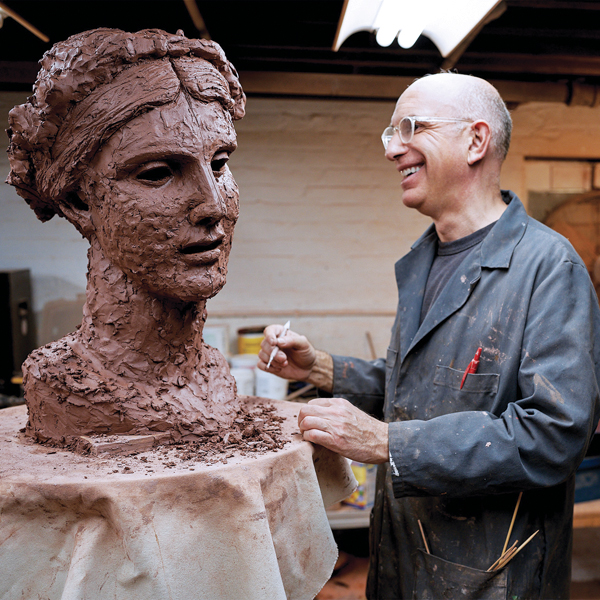 Some of Petrides’ output consists of small, gestural figure studies. They seem to almost be meditations on the nature of image making; slightly crude, lively, and spontaneous. Clay is a transformative material—it can hold a form and transition an idea into fact. Petrides’ work demonstrates all these points of transition. It represents the emergence of an image without closure; it’s always becoming a figure. One of the hallmarks of his work is a certain spontaneity and roughness most visible in the marks of his fingers pulling through the clay. He uses touch and gesture to embody feeling and sensation, and it’s that precise combination that personalizes his work, makes it compelling.

Petrides was born in Greece and subsequently moved to the US, but his origins are at the foundation of his present career as a sculptor. One of his vivid childhood memories is of accompanying an aunt who was a tour guide at the Acropolis and the National Archaeological Museum.

He is not a conventionally trained artist who went through the art-school experience; he had to find his own way. Initially a successful businessman, his art-making trajectory took him from his beginnings as a dedicated amateur to his present life as an all-in, full-time artist. Over the decades, he spent hours in night and weekend classes at various institutions in New York City and Paris learning figure drawing and studying the various processes crucial to making ceramic sculpture. 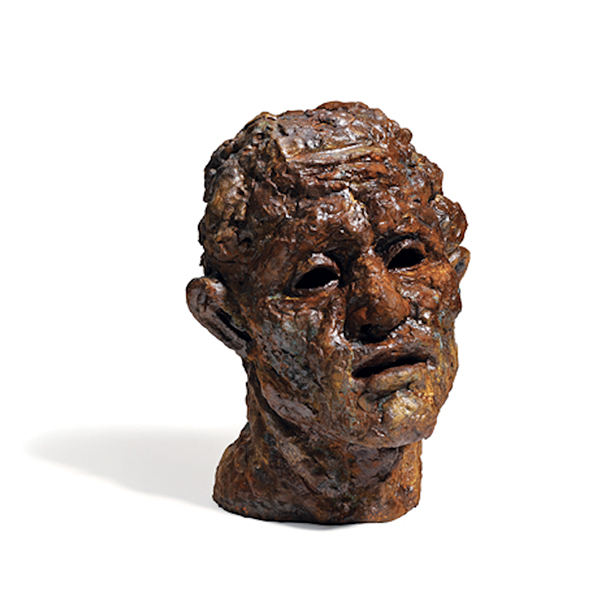 Although his influences are varied and include numerous modernist and contemporary artists, Greek art history is fundamental to his work. This is not an academic interest; he feels that sculptures such as the Kouroi and the Diadoumenos are part of his ancestry. His work funnels contemporary themes and metaphors through the lens of the classical tradition. Rather than mimic this tradition, he distills it—his work is interpretive, not centered on the perfection and idealization of the body that characterizes the Hellenistic period. Although he does make work that is influenced by specific ancient Greek sculptures, the considerable charm, beauty, and intimacy of his work is grounded in the way it takes from both the archaic and classical periods. He combines the abstraction and stiffness of the archaic with the more free-flowing and naturalistic qualities of the classical. The humanism and strength of his work is grounded in the great range of differences and physical variations presented by the human body—its range of expressions, its mutability, its immense beauty and simplicity. As seen in his small-scale figures, he celebrates the humble, the imperfections and dailiness of the body. In contrast, his larger work, such as the over-life-scale heads on view at the Embassy of Greece to the US in Washington, DC, elevates the body because the head stands in for its absence. Pieces from his series of Hellenic Heads are far more conceptual than his full-body sculptures, and have a different intention—to represent a meditation on the cultural and historical experience of the Greek people. 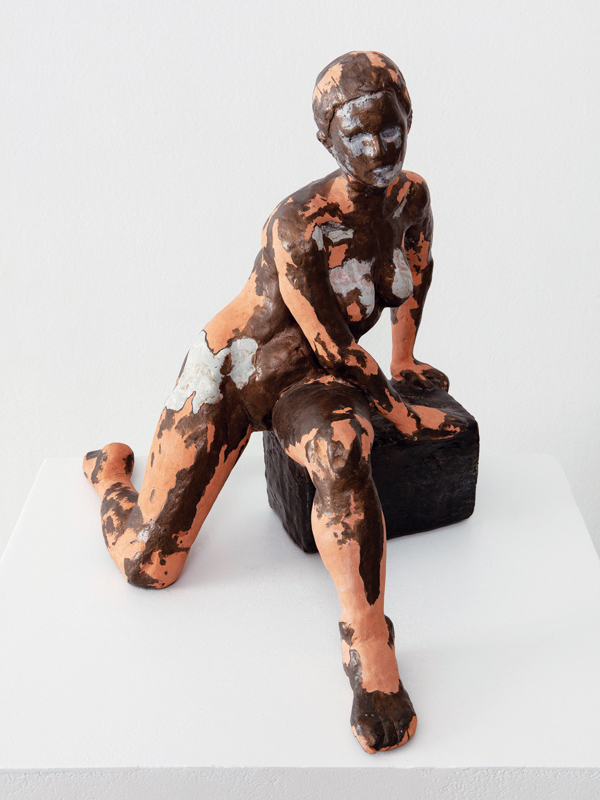 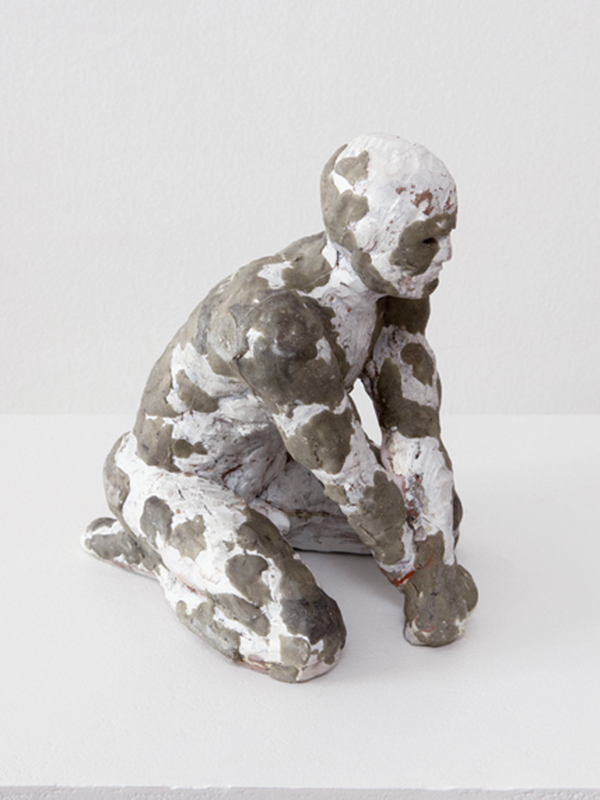 An Experimental Use of Clay

Most of his pieces start with a live model; the initial point is the creation of a structure that captures the volumes and twists of the torso—he focuses on what he considers to be the body’s expression. If he’s working on one of his large heads, it’s the facial expression that most interests him. Although each sculpture has a distinct personality, none of his work has anything of portraiture about it. His involvement with abstraction shows itself in the way he either uses or excludes certain details—sometimes in the same figure one foot will have toes and the other only their implication. His figures are modeled with enough exactitude that this sketchiness becomes a form of description. Although he always works from models, his sculptures emphasize character, gesture, and personality; he’s not interested in precisely replicating a particular face or body. He conveys enough information for the viewer to take over, to take what they want from the experience. His process is marked by a high degree of fluidity from beginning to end; for him, the clay object is the canvas for an array of surface treatments. His process can be described as image-seeking, rather than image-making, as it concentrates more on process and spontaneity than on the more pre-determined aspects of portraiture. 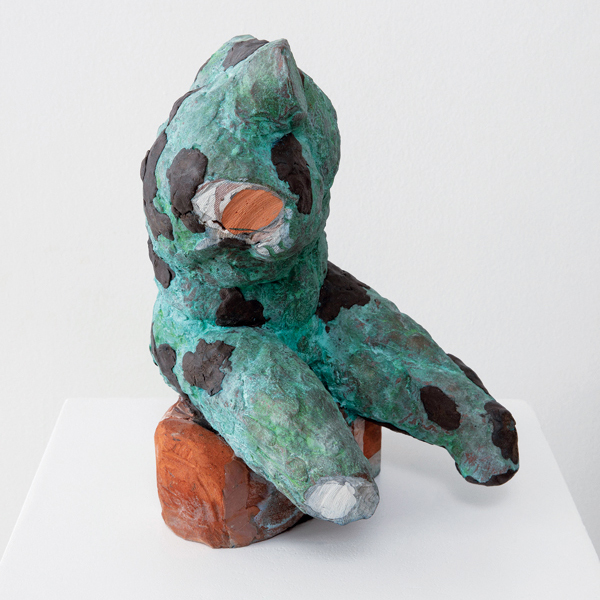 The inventive appearance of his work is a consequence of his experimental use of clay. Once the forms Petrides makes have been fired, he regards them as a kind of canvas. From this point on, he thinks of what he does as similar to making an abstract painting. He has a range of materials he uses to develop the surfaces, such as milk glaze, epoxy clay, ground metal, acid, acrylic paint, spray paint, pieces of wood, brick, and found stone. He uses power tools like angle-grinders to cut into the fired and colored surfaces. He adds back pieces he has cut off, adhering them with epoxy glue. In this way, he’ll keep adding and subtracting and painting and repainting until he feels the piece is resolved. Petrides sometimes plays with having his work reference the antique: in order to replicate the kind of surface an ancient Greek or Roman bronze statue had, he will surface the fired terra cotta with a copper-based metal powder and expose it to acid; he might go on to fleck the blue/green surfaces with small pieces of black epoxy clay. The effect he achieves is uncannily like that of some ancient bronze figurine that was buried for centuries or discovered at the bottom of the sea. 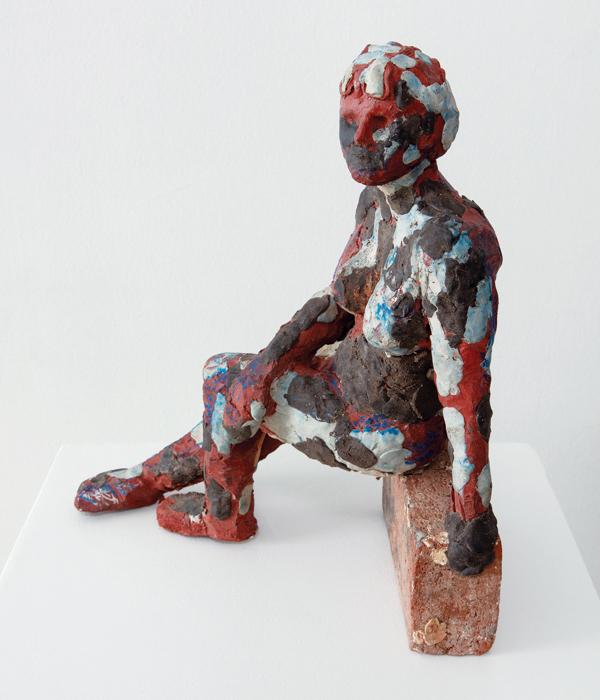 Petrides’ current body of work, the Hellenic Heads, is a personal exploration of six periods of Greek history from 2500 years ago to the present. Creating this ambitious body of work entailed considerable research into historical records and cumulatively represents an exploration of his own personal and cultural history. The heads themselves reference the Classical Greek period, the Byzantine era, the Greek War of Independence, the destruction of Smyrna, the Nazi occupation/Greek Civil War, and the present. The expressions of each of these busts is reminiscent of the cool, somewhat remote gazes of classical Greek sculpture. The busts on exhibition include Thalia, Archon, Heroines of 1821, The Catastrophe, Life During Wartime, and Ellinopoula. They are all memorials to ideals: the mythical, the heroic dead, as well as the living. They represent an attempt to merge the personal with the cultural and historical; to re-envision the act of making sculpture as a form of history making. This was sculpture’s initial purpose and was the main function of sculpture well into the 20th century. Petrides’ work invigorates that intention and reinvents it for the 21st century. After its premiere in Washington, DC, this work was shown at The Muses in Southampton, New York (June to September, 2022), and will be traveling to other venues in the US, then to Europe in 2023.

George Petrides, born in Athens in 1964 and raised there and in New York, studied at the New York Studio School, the Art Students League in New York, and L’Académie de La Grande Chaumière in Paris. In addition to the exhibitions described here, he has had solo shows in Dubai, Monaco, and Mykonos, and has participated in group shows in Athens, London, and New York.