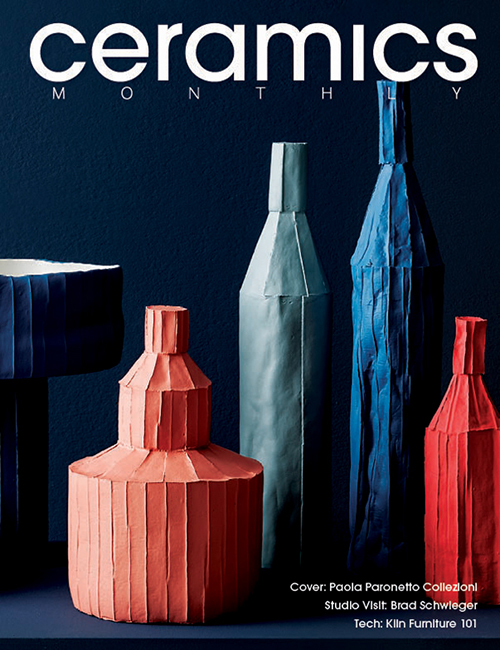 Probing minerals, microstructure, and manufacturing processes revealed not only how pots were made by early artisans in the Greater Antilles, but also the links between Indigenous cultures in the region.

Analyzing how historical ceramics were constructed reveals much more about the past than just ancient fabrication methods. Knowing the specific techniques and materials used helps historians determine who the people were, their migration patterns, and if they interacted with other cultures, as evidenced by evolving designs and raw material choices.

Chaîne opératoire analyzes the entire artifact manufacturing process from raw material procurement to finished product. Not only does this method reveal the technical side of the process, but it also provides insight into the social, cultural, and economic traditions of the society. 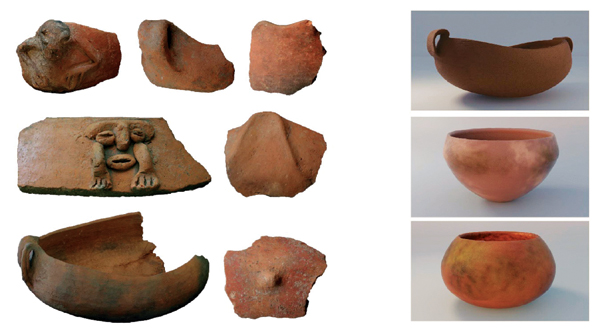 In a recent open-access paper, researchers from the Netherlands’ Leiden University and Belgium’s Division of Geology used both petrography and chaîne opératoire to better understand how precolonial Indigenous communities integrated new ideas into their manufacturing traditions in the Greater Antilles.

The Greater Antilles is a grouping of larger islands in the Caribbean Sea, including Cuba, Hispaniola, Puerto Rico, Jamaica, and the Cayman Islands. For this study, the researchers focused on the El Cabo site on the southeast coast of Hispaniola (an island comprised of Haiti and the Dominican Republic).

The El Cabo site is located near the Mona Passage, a strait that separates the islands of Hispaniola and Puerto Rico. It is believed the Mona Passage served as a reception area for migration groups, consequently leading to blending of the Archaic and Ceramic Age “Saladoid” populations, a pre-Columbian Indigenous culture that flourished from 500 BCE to 545 CE in the territory of present-day Venezuela and the Caribbean.

Between 2005 and 2008, a team from Leiden University in collaboration with the Museo del Hombre Dominicano conducted excavations at the El Cabo site. Based on the material culture distribution, ceramic styles, and radiocarbon dates, they identified three main occupational phases at the site. 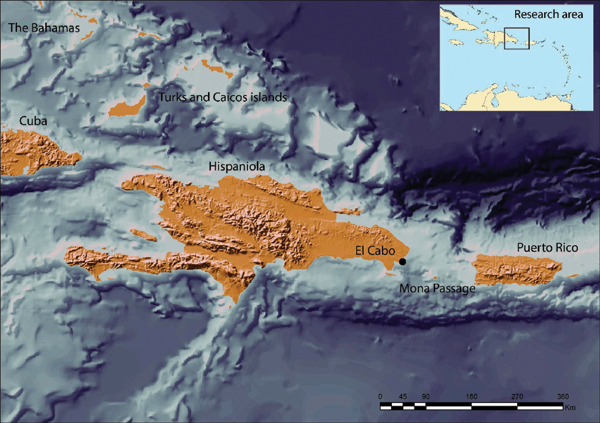 Named after the Ostiones site in Puerto Rico, the Ostionoids developed in the northern Caribbean starting in 600 CE and evolved into the Taínos by 1200 CE. It was once assumed all Ostionoids evolved from the Saladoids on Puerto Rico, with possible influences from Archaic communities in eastern Hispaniola. However, new evidence indicates the Ostionoids primarily evolved from Casimiroid (Archaic) peoples who migrated from Central America to Cuba and Hispaniola.

Ostionan pottery is characterized by simple black smudging, very basic modeling, and an orange-red slip applied to the whole of the typically thin and hard ceramic vessel.

The new study aimed to deepen understanding of technological changes and continuity in the manufacturing process across the site’s three identified occupational phases. By employing petrography and chaîne opératoire, the researchers determined there was a continuity in the pottery production across all three phases.

While Group 4 was used only during the Ostionoid period, Groups 1, 2, and 3 were used for the entire occupation period of the El Cabo site. (Groups 5 and 6 were found at only one specific location within the El Cabo site.)

Second, regarding pottery shaping techniques, the manufacturing analysis identified one main forming tradition across both the Ostionoid and Chicoid periods. It is characterized by assembling, alternating, and joining coils via pinching followed by preforming. An additional technique called percussion, or shaping via a pounding action, was used more frequently during the Ostionoid period than the Chicoid one.

Smoothing was mostly done in wet conditions (wet clay body and wet tool/hand) and was followed by burnishing. Early Ostionoid pottery shows a variation on this process with the application of a clay coating on the outer surface, which is seen in Chicoid ceramics exclusively for a small group of white/beige calcareous vessels.

As a result of these analyses, the researchers concluded that inhabitants of the El Cabo site were likely involved in a broader regional network of interaction (due to the presence of various clays in the sherds) and thus were not limited to their community for the production or acquisition of pottery. 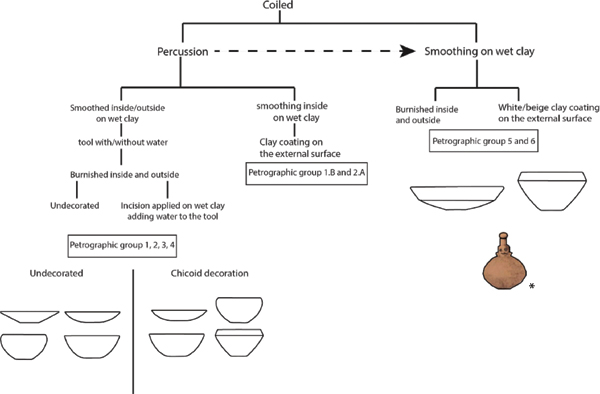 However, “The stable manufacturing tradition suggests a cultural continuity in the communities that lived in El Cabo over a period of 600 years and with other communities that shared the ‘way of doing’ and that were embedded within the same social networks,” they write.

The researchers add that this information supports the hypothesis that only one main migration occurred to the archipelago during the Ceramic Age, ensuring a continuity of people with no major cultural changes but extensive networks up until European contact.

“This specific El Cabo case study has shown the effectiveness of the technological approach not only for identifying continuity but also to explore contact and interaction between communities (exchange of goods and ideas) as indicated by the imported ceramics or raw clay materials in conjunction with the exchange of bodily ornaments and other objects,” they write.

Thus, “The presented approach can be confidently applied to broader investigations of ceramic traditions from different spatiotemporal context across the Caribbean,” they conclude.

The open-access paper, published in Journal of Anthropological Archaeology, is “Technological persistence in ceramic production in the southeastern Hispaniola. The case study of El Cabo (600–1502 CE)” (DOI: 10.1016/j.jaa.2021.101387).

This article originally appeared on Ceramic Tech Today (https://ceramics.org/ceramic-tech-today), which is published by The American Ceramic Society.

the authors Lisa McDonald is associate managing editor and science writer at The American Ceramic Society. Prior to this position, McDonald worked at the American Institute of Physics: FYI and the ATLAS Experiment at CERN. She has a master’s in science communication and specializes in communicating science to nonspecialist audiences.

Laurel M. Sheppard is an award-winning writer and editor who has worked on numerous trade and association publications, including The American Ceramic Society Bulletin, Advanced Materials & Processes, Materials Engineering, Society of Women Engineers, and Photonics Spectra. She also currently writes energy content for Questline and technical manuals for ProWrite.