Appears in the February 2018 issue of Ceramics Monthly. 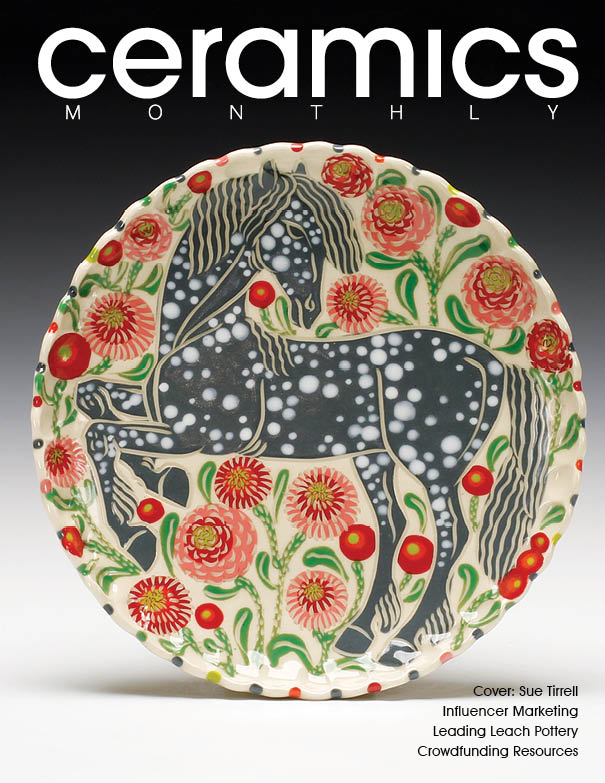 Many of us remember learning about eutectics in our early lessons in glaze chemistry. We know eutectics are important because they make glazes melt, but it’s not obvious how to make further use of them. As it turns out, a slightly unconventional method of glaze calculation can help us use eutectics to gain a better understanding of our glazes and to develop new recipes.

Alkali (R2O) Oxides: The oxides of chemical elements in group 1 of the periodic table of elements. They include lithium oxide (Li2O), sodium oxide (Na2O), and potassium oxide (K2O).

Eutectic: A mixture of a specific percentage ratio of substances that melts at a single temperature that is lower than the melting points of the separate constituents or of any other mixture of them. All of the important ceramic flux oxides form one (or more) eutectic. These are among the most common:

Opaque: Not able to be seen through; not transparent.

Translucent: Allowing light, but not detailed images, to pass through; semi-transparent.

Transparent: Allowing light to pass through so that objects behind can be distinctly seen. This is not the same as colorless.

Unity Molecular Formula: A glaze recipe reduced to a molecular formula where the sum of the alkali and alkaline-earth oxides (the fluxes) equals 1.0.

One of the most interesting aspects of eutectics isn’t how they melt, but how they solidify. When a eutectic mixture cools from the molten state, the individual components all stay molten together until they solidify. When they do, a transparent glass is formed. If the molten glaze contains ingredients that are not part of a eutectic, these ingredients may solidify separately while the glass is still liquid, leaving tiny crystals suspended in the glass, producing opacity and other effects in the final glaze. But, if a glaze contains only eutectic mixtures, a transparent glaze will result.

Very few glazes are based around a single eutectic and most incorporate both alkali (R2O) and alkaline earth (RO) oxides. Any combination of the eutectics of Na2O, K2O, and CaO (see left) will result in a transparent glaze. For such a neat trick, it’s surprising you don’t hear about it more often. If you have ever tried to formulate a fully transparent glaze by trial and error, you know it isn’t easy to do—unless you know this trick.

The concept of combining eutectics can also be extended by adding the eutectics of Li2O, ZnO, and BaO. Those of SrO and MgO can be used too, but because of their higher melting points, they don’t always produce transparent glazes, depending on the maturing temperature. 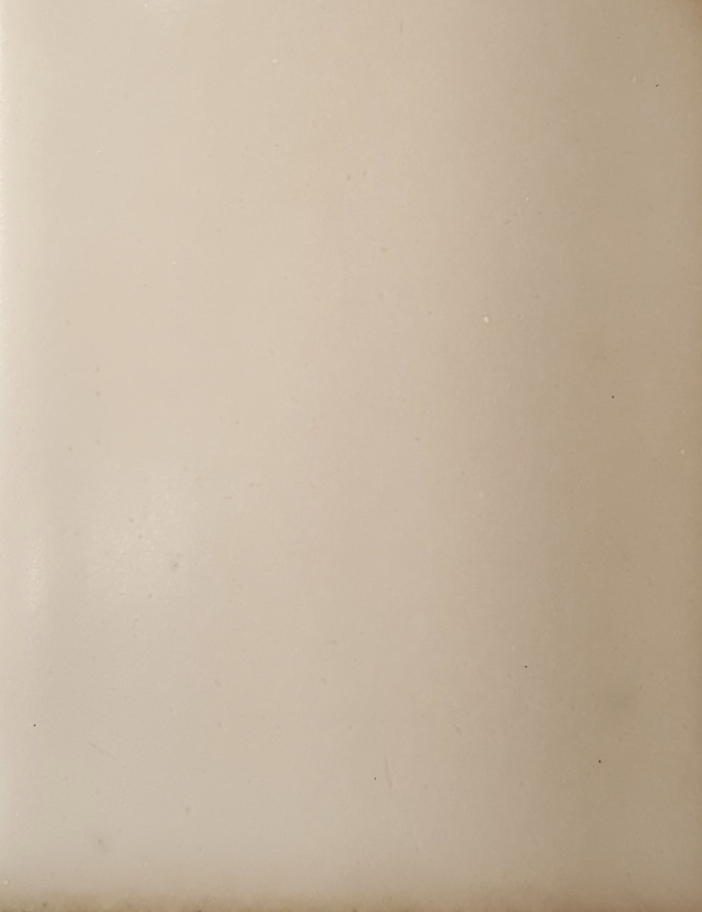 What About Other Glazes?

We can make transparent glazes by combining eutectics. But perhaps even more interesting is how we can use this idea to study other glazes. If we start with the unity molecular formula of any stoneware glaze and mathematically subtract the eutectics, we can see which oxides are not part of the glass. These are the excess oxides, giving a glaze its unique characteristics.

For instance, consider the following recipe: Glaze 452 (25% Whiting, 25% Nepheline Syenite, 5% EPK Kaolin, 45% Silica) is a cone 8 white satin base glaze (2). Subtracting the eutectics, we find the glaze character is due to excess CaO. Interestingly, this glaze can be made less opaque by adding kaolin (3). That doesn’t seem logical since we would normally think that adding kaolin would make the glaze less mature and perhaps more opaque. However, in this case, the Al2O3 and SiO2 from the kaolin combine with the excess CaO to make more glass. This doesn’t necessarily make a better glaze, but it demonstrates the principle.

Another example is the following recipe for a high-fire stony matte. When we subtract the eutectics, we find the excess oxides, in molecular units, are 0.10 CaO, 0.34 MgO, and 0.36 Al2O3. These excess oxides create the stony character and could be easily changed to adjust the glaze. 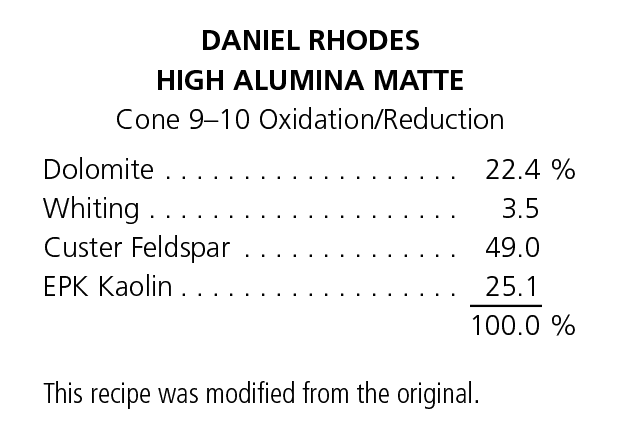 The method for making these calculations is straightforward but cumbersome. We start with the unity molecular formula of a glaze and subtract the available eutectic mixtures of the oxides. We do this one eutectic at a time, starting at the lowest melting point. I created a eutectic calculator, EuCal for short (in Microsoft Excel spreadsheet form) to simplify these calculations (4). The spreadsheet is available for download  at https://ceramicsmonthly.org in the Departments section for the February 2018 issue. Download the file and save it directly to your computer. There is also a User Guide file that can be downloaded. It provides additional information about the calculator. This is not a commercial product and is provided to promote discussion of this topic. Spreadsheet programs other than Microsoft Excel may also run EuCal, but I have not tested any. 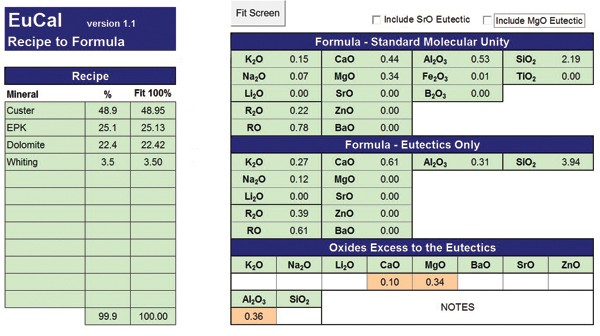 If you have experience with any of the full-featured commercial glaze calculators, EuCal should be fairly intuitive. Put in your recipe and see the unity formula. EuCal also shows you the unity formula of the eutectics-only glass part of the glaze and which oxides are in excess.

the author Robert Magnuson is a retired chemist and a potter. He was a student of Glenn C. Nelson at the University of Minnesota Duluth.