Appears in the October 2017 issue of Ceramics Monthly. 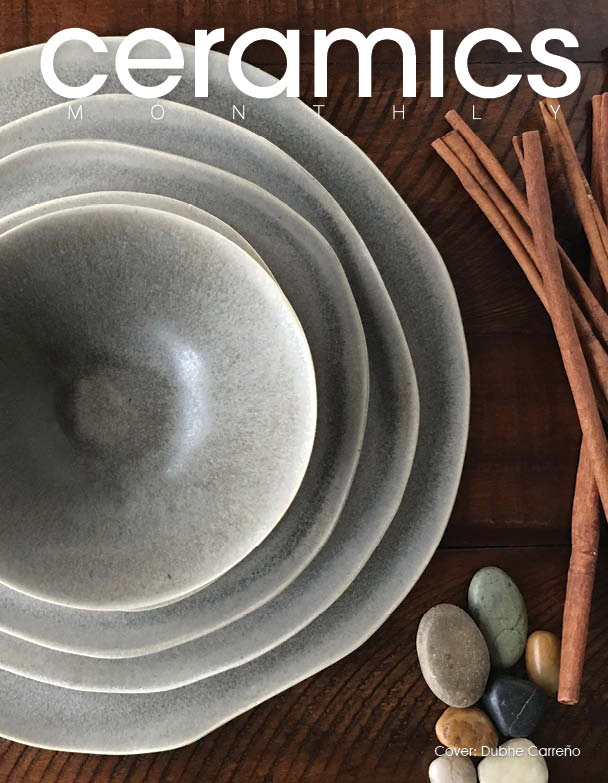 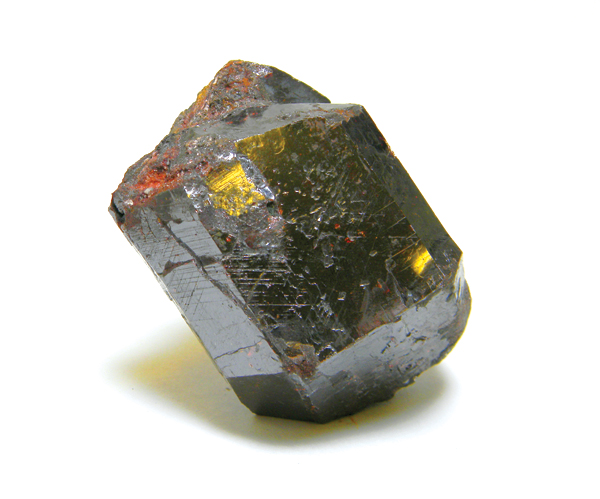 Rutile is just as fickle as it is beautiful. Not only is it finicky, but it is also different in composition between mined sources. With some rare metals riding shotgun alongside rutile, its performance is inconsistent but can be better understood.

Niobium: A somewhat rare transition metal that has some notoriety for creating rainbow colors in electrochemistry and has opalescence, subdued color, and opacity effects in glazes.

Opalescence: When small, opaque crystals are suspended in a translucent glaze, causing more blue light to be scattered than red. This effect is most common in the mineral opal, which has trapped water between silica repeat units, thus appearing blue.

Rutile: A specific crystal structure of titanium dioxide (TiO2) that contains roughly 90% TiO2, about 10% iron (Fe), and quantities of both niobium (Nb) and tantalum (Ta) that are reported to occasionally be more than trace presences.

Tantalum: Another rare transition metal that is known for being yellow/gold or a burgundy red in gemstones.

Tyndall Effect: A studied phenomenon in which light scattering takes place as light passes through a fine suspension of small particles, scattering some and letting some pass through, often creating a perception of light blue. This is the effect that is most often used to characterize opalescence.

Rutile is that unbelievably beautiful glaze additive that produces colors ranging from light and dark blue, to tan, gold, yellow, and even purple. It also produces a range of crystal formations. It seems to behave however it chooses, depending on the glaze base and the firing conditions. After a number of inconsistent glaze batches, old ceramic hands learn to test their new batches of rutile before committing to a full 5-gallon bucket of glaze. Furthermore, it is not uncommon to hear of studio ceramic artists purchasing multiple 50-pound bags of rutile such that their glaze will be consistent for at least a few years. These phenomena all come down to one thing with rutile: inconsistency. Rutile is a mined colorant, and as such, its makeup depends on the mine source. As mines are exhausted or businesses open and close, rutile sources change—often too frequently. The problem here is that rutile isn’t just a metal oxide or carbonate; it is a blend of three or four of them. While it is sold as light or dark rutile, the complexity and chemistry of the colorant is far more convoluted than its sale description would suggest, as seen in various natural rutile sources (1). 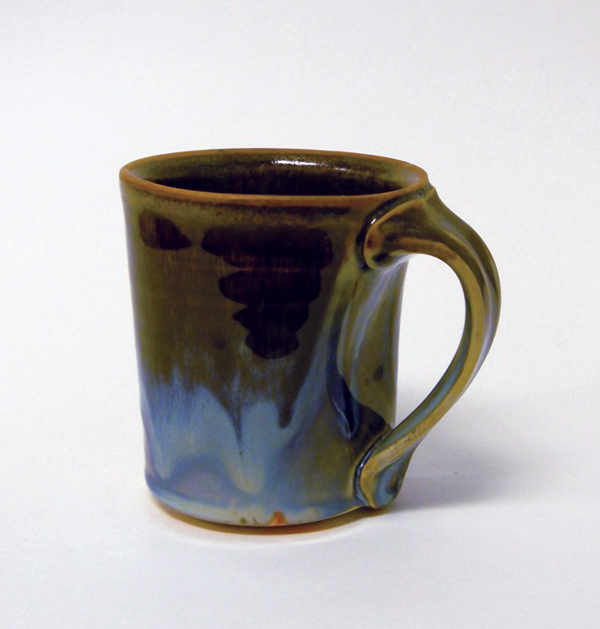 Rutile is typically reported as a blend of mostly titanium dioxide and a lesser amount of iron. The amount of iron present contributes to rutile’s label as light (less iron) and dark (more iron). That is somewhat common knowledge for rutile; however, its other components are not often known. Rutile possesses the range of colors that we observe with iron, plus a few more that exist only in the rutile world. The opacity of titanium dioxide (and its high melting point) allow for small, opaque crystallites in the glaze that other metals/colors flow around, generating the rutile waterfall effect. Rutile can possess an opalescent nature in small quantities, which may come from the titanium dioxide or from niobium content in the glaze, via the tyndall effect. This happens when very, very small opaque centers form and scatter light as it passes through a glaze. Opacity first begins as insoluble crystals (dispersed throughout a glaze) that reflect light. They start out as incredibly small, opaque solids in a translucent glaze and thus scatter light, similar to that of a colloidal suspension. They scatter more light on the blue end of the spectrum than the red, thus opalescence appears as a blue tint.

In figure 3, niobium (Nb) oxide was added to the Mid-Range Glaze Base recipe (at 1, 2, and 3% from left to right in each set) and fired to cone 6 in oxidation (left) and cone 10 in reduction (right). Interestingly, opalescence is visible in the oxidation samples at 1% niobium. As niobium oxide is increased to 3%, opalescent character is lost and the surface becomes opaque. Similarly for the reduced niobium samples, some degree of opalescence is present in the 1 and 2% Nb tiles, but the 3% Nb tile almost perfectly emulates that of rutile. Additionally, color is present in the reduced tiles when no other colorant is in the glaze.

To follow up with this, a yunomi was prepared with the 1% Nb Mid-Range Glaze Base on a very white porcelain—Laguna cone 6 Frost—and fired to cone 6 in oxidation (4). The fired vessel possesses an opalescent surface, most visible at the bottom where the glaze has pooled over an oxide-washed trim line.

Resolving some of the unknown nature of rutile, below (5) are sample cups with the Mid-Range Glaze Base that has 3.5% titanium dioxide and 0.5% black iron oxide added to emulate the effects of rutile and show that its aesthetics are reproducible. Note that 4% rutile is often considered to be on the lower end for aggressive blue colors, but will show breaking in opacity, tan colors, and a transition from translucent to opaque character. From left to right, the titanium-dioxide/iron blend is first, followed by a 1% Nb addition (that adds visible opacity and opalescence), followed by 4% light rutile (essentially with more titanium dioxide and less iron than the example on the left).

Notably, the presence of 1% Nb content in the glaze on the cup in the center amplifies the color on the surface and makes it appear slightly opalescent with a blue character to it, especially at the base of the trim line. This is consistent with the tyndall effect. The 4% rutile cup on the far right demonstrates less notable color but more opacity, which is expected for light rutile that has even more titanium dioxide content and less iron.

Ultimately, not all rutiles are created equal. And by itself, niobium oxide ($250/pound) isn’t sustainable to make opalescent glazes. Rutiles exist as blends of titanium dioxide, iron oxide, niobium oxide, and tantalum oxide. Purchased rutiles will differ from mining source to mining source, such that you may not have the same glaze effects from year to year. Your local ceramic supply store often has no control over this; however, you can contact the original supplier and ask for an elemental analysis of their rutile and track the amount of iron, niobium, and tantalum, as a function of color and effects. Asking these questions and being mindful of what you are working with helps lead to more consistent glazes, a better understanding of your product, and gives you control over (re)creating surprise aesthetics like opalescence.

Gemstones samples obtained for photography are courtesy of the Lora Robins Gallery of Design from Nature, University of Richmond, Richmond, Virginia. 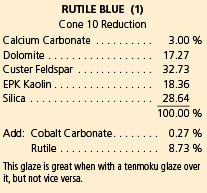 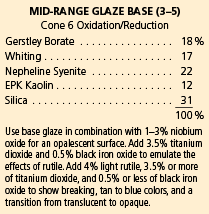 the author Ryan Coppage is currently chemistry faculty at the University of Richmond. He teaches a Japanese ceramics and glaze design class at the Visual Arts Center of Richmond and still makes far too many pots. www.ryancoppage.com.