Appears in the March 2019 issue of Ceramics Monthly. 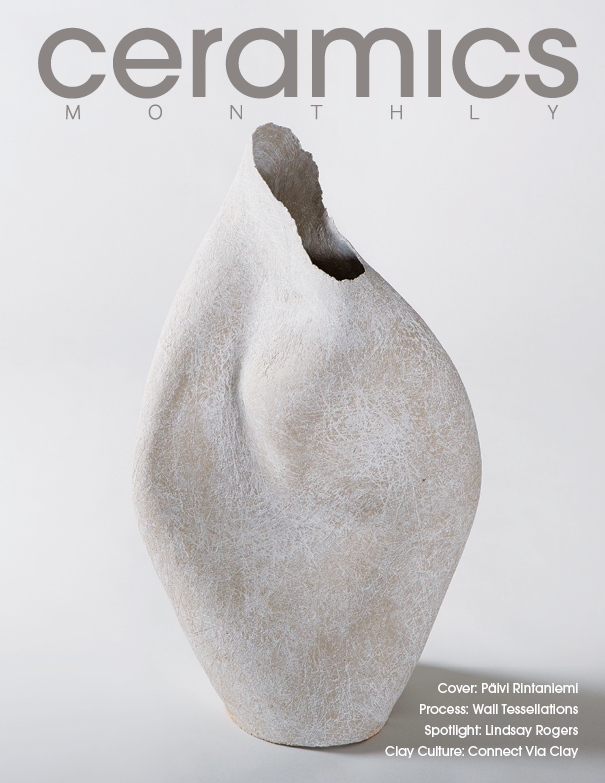 Determining formulation standards for porcelain depends on the application, firing temperature, and desired characteristics of the final, fired ceramic forms.

Clay/Glaze Interface: The point of fusion, where glaze and clay meet.

Molar %: Percentage of one kind of molecule relative to the total number of molecules in a mixture.

Mole(s): The unit of measure for the amount of a substance. Within ceramics, it is a way to express the amount of reactants that will produce chemical reactions.

Plasticizer: A mineral or synthetic additive that imparts malleability or flexibility to a clay body.

Spinel: An alumina/silicate crystal that forms between 1800–2050°F, which converts to mullite (glass) on cooling.

Translucency: A fired property that allows light to pass through the clay wall creating a transparent effect.

For the last three decades, the Internet has been filled with porcelain clay body recipes. Some have been passed forward from decades ago, some contain materials no longer mined, or contain material that is only regionally available from local mines. Like most recipes, there is little clarity on their intended use such as appropriate cone firing range, functional or sculptural applications, or the fired properties. From the 1920s to the late 1970s, ceramic engineers conducted research using laboratory standards and testing to determine optimum levels of kaolin, silica, and feldspar in porcelain clay bodies.

The gold standard for cone 10 porcelain is: 55% kaolin, 20% silica, and 25% feldspar, plus 2% of modern plasticizers such as Bentone MA (4.1). This basic recipe stems back to the studio potter movement and is the basis of the Grolleg kaolin porcelain clay body. In the early 1980s, the cone 6 revolution adapted this recipe for this lower temperature firing range: 50% kaolin, 20% silica, and 30% feldspar (4.2). The feldspar levels determine whether it is a cone 10 or cone 6 formula. Potassium oxide (K2O) and sodium oxide (Na2O) (combined they are represented and calculated as KNaO) are the two body fluxes that are considered in porcelain. 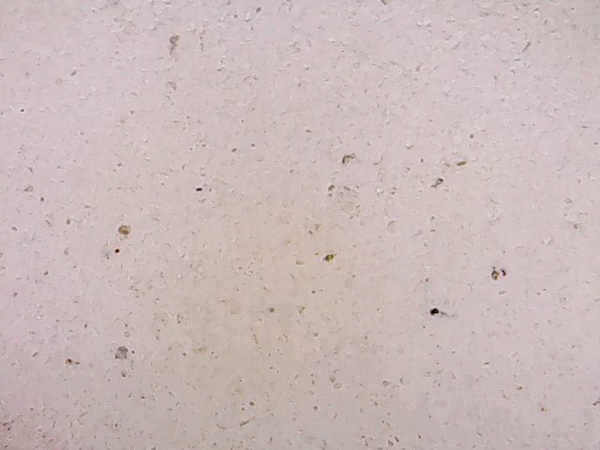 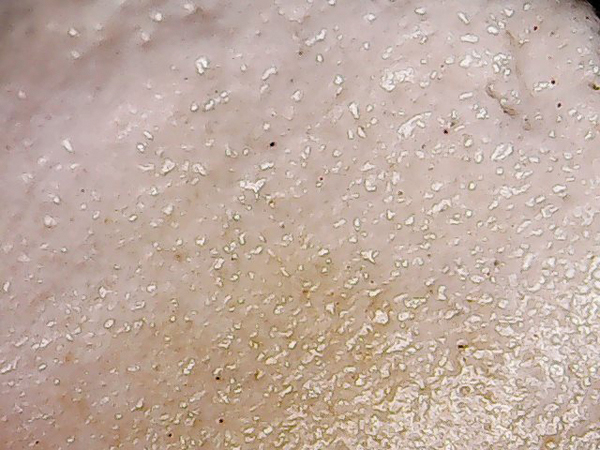 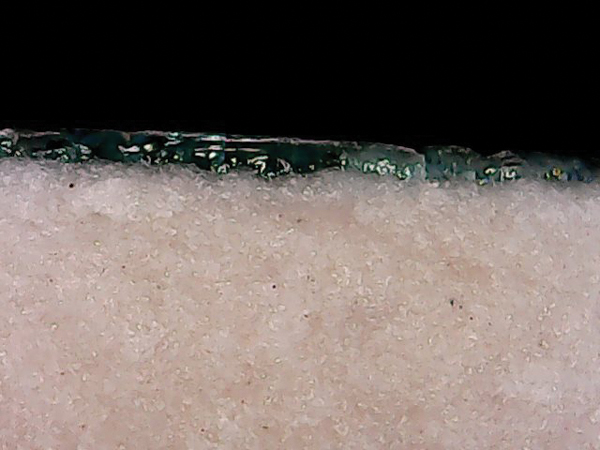 Development of a Glassy Matrix

Unlike stoneware bodies that rely heavily on particle size distribution (PSD), porcelain bodies rely upon the development of a glassy matrix (glass like structure) to keep absorption rates in the functional use range (less than 2%). Not unlike glaze, the glassy matrix in porcelain is comprised of alumina, silica, and KNaO, thus making the molar levels of KNaO and the ratio of silica to alumina (Si:Al) the critical aspects of all porcelain bodies. The molar levels of KNaO are then raised or lowered pending cone firing values, while the Si:Al ratio remains fairly constant.

In comparing the numerous tested recipes in the database I have collected in relation to the testing done decades ago, a 4:1 Si:Al ratio is the standard. Increasing alumina for structural or thermal resistance is acceptable; lowering alumina too much can result in adverse effects. Remember glaze leaches alumina from clay, which in part controls glaze viscosity and plays a vital role in the clay/glaze interface (the structure that bonds glaze and clay tightly). While raising alumina will strengthen the clay, it will also slow down the glaze run. Conversely, lowering alumina can increase the glaze run. Alumina is a critical component in spinel development, which is the primary component of the glass/mullite content in porcelain.

All kaolin will supply some level of natural fluxes: calcium, magnesium, sodium, potassium, and in rare cases lithia. Naturally occurring KNaO levels become part of the final molar level, while the other fluxes do not occur in high enough levels to have any real effect. The cone 10 Grolleg kaolin body shown in the chart (4.1) has a 4.70 molar % of KNaO, and the cone 6 body (4.2) has a 5.32 molar % of KNaO. Both bodies have absorption rates below the functional use criteria of 2% or less. To achieve higher translucency at cone 6, molar levels of KNaO can be increased into the 5.60% range. To control thermal expansion issues from raku or wood firings, simply swap out 50% of the silica in any clay body for 50% pyrophyllite. This mineral reacts less to sudden thermal changes, while lowering thermal expansion.

Translucency requires higher KNaO levels, but it also requires much purer varieties of kaolin. Kaolin contains low levels of magnesium, iron, and titanium. To maintain a bright white, iron and magnesium must remain under 0.30% molar. For translucency, titanium must remain under 0.10% molar. Titanium, as an opacifier, absorbs and refracts light, which diminishes the amount of light that passes through the clay wall. Titanium has a direct effect on translucency. Grolleg kaolin and New Zealand (NZ) kaolin are the cleanest and have the lowest levels of magnesium, iron, and titanium, and are readily available. NZ kaolin is purer than Grolleg kaolin, but its fine grain produces a weaker throwing body. You can blend Grolleg kaolin and NZ kaolin in any portion up to 50% of the recipe to achieve a balance of throwing and translucent properties (4.6). Note: in the chart (4), the Cone 6 Translucent porcelain is 25% Grolleg kaolin and 25% New Zealand kaolin, for a total of 50%. Feldspar and silica make up the remaining 50%. It should be noted that wall thickness contributes to translucent/transparent properties.

A second cone 10 porcelain blend came from the studio potter movement: 25% kaolin, 25% ball clay, 25% silica, and 25% KNaO (4.3). This formula is more commonly known as 50/50 porcelain today. Ball clay was used as the primary plasticizer in lieu of premium plasticizers. The addition of ball clay comes at the expense of translucency due to titanium levels. This recipe does produce a bright white color when fired, which is suitable for most all glazes. The selected ball clays should have the lowest levels of iron, magnesium, and titanium to maintain a bright white color. Converting this 50/50 cone 10 recipe to cone 6 only requires a change of silica to 20% and KNaO to 30% (4.4).

The values given in the chart (4) are in molar percent, and not recipe percent. Molar % is easier to comprehend as a concentration level. For example, if you added one drop of red dye into a gallon of water, then 5, then 10, the color would increase because of the concentration level. Applying this illustration to formulation, ball clay was added in recipes 4.3, 4.4, and 4.5 in the chart, which lowered the KNaO molar %, even though KNaO additions remained constant. Due to the iron and titanium content of ball clays, the iron and titanium concentration spiked, which would affect translucency, although fired whiteness would be unchanged. The Si:Al levels ratio likewise changed because ball clays have more silica and less alumina than kaolin.

When selecting a ball clay as a plasticizer in porcelain clay bodies, attention needs to be given to iron and titanium levels. Purer ball clays typically have 1% titanium or less, and 1.5% iron or less; but many tend to be medium plasticity. Higher plasticity ball clays can contain 1.5% titanium and up to 2% iron content by weight. The level of plasticity you prefer, along with the translucent properties you desire will predict the final ball clay percentage of the recipe.

Recipes that include outdated kaolin sources can be altered to substitute the original kaolin with Grolleg kaolin (or equal), unless those recipes are specifically for tile or slab work, in which case larger grain kaolin such as #6 Tile clay are used. Kaolin typically has 37% alumina and 48% silica, and there is little deviation between varieties. The chart (4) reflects a baseline of molar values of the blended recipes noted in this article. Use it to compare your existing formulas to determine appropriate cone values, Si:Al ratios, or corrections required to achieve more translucency.