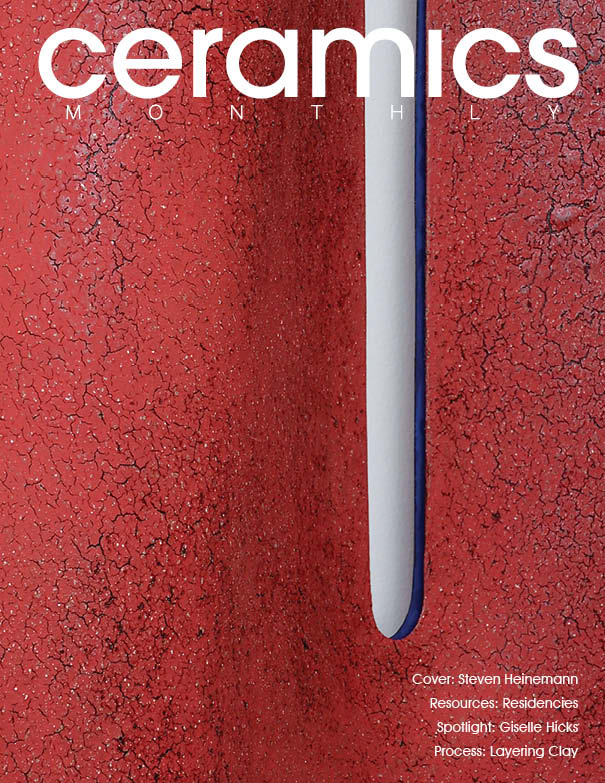 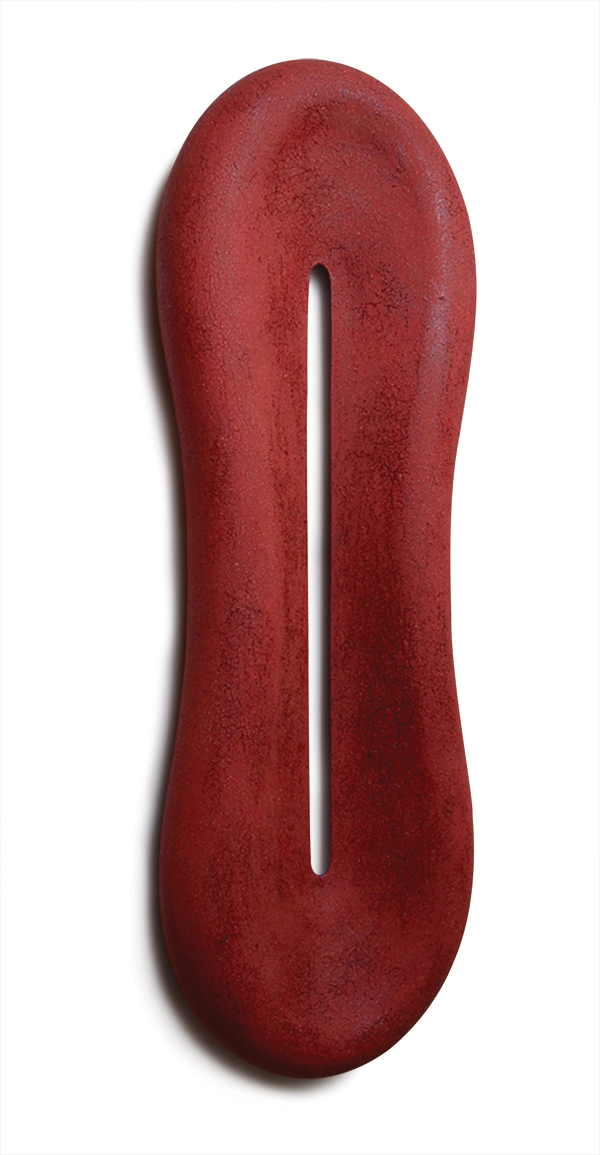 With nearly half-a-dozen high-profile features already written about Canadian ceramic artist Steven Heinemann, and a plethora of reviews, collectors, and public recognition through awards, my interest in considering his work was to say something new. I felt immediately drawn to what he makes in the sense that, when I looked at it, my eyes wandered in a calm, curious fashion between contained and uncontained space. At times, I knew immediately I was looking at a vessel—whether small or large, on the floor, on the wall, on a table, or on a pedestal. Other times, the delineation wasn’t so clear, and in that dance of inquiry I experienced the real contribution he is making. Heinemann’s entire body of work—from a series of bowls to a wall-mounted, highly finessed, curving slab—demonstrates a devotion to paradox.

Every piece I studied reminded me of an archetypal reference to the night sky, the human touch, or the natural world. But in attempting to explore and celebrate Heinemann’s work through the written word, I confess that I find these phrases insufficient. It’s not as though what he makes only functions if it evokes the familiar; and yet, time and again, I searched for something I knew, something I could land on. Soon enough, it occurred to me that what drew me to Heinemann’s work—even more than his devotion to paradox—was, in fact, my curiosity about its inception. I wanted to know where Heinemann’s ideas began. And not just ideas, but pre-ideas; pre-thought, pre-concept.

In other words: How does that first kernel or cell or spark or big bang take place? What are the causes and conditions that kick-off all the creations that follow? This seems a fitting line of inquiry for an artist who is known for setting the bar in conceptual ceramics—not just in Canada, but worldwide. While a new movement to return to material and form kicks into high gear in today’s clay culture, Heinemann has been working in this realm all along (since the 1980s, to be specific). If anyone has something to say about how and where it all begins, it ought to be him.

In creative writing, which is my profession, I like to describe our imagination as two-fold. The creative imagination is at work when everything is flowing—all ideas are on the table and equally considered, curiosity is at its peak, and self-censorship is (ideally) quieted down. The technical imagination is at work when form, structure, technique, and craft are applied in order to make the work resolve in a synergistic way. (These ideas are paraphrased from Jeff VanderMeer’s stunning essays in Wonderbook, published by Abrams Books, 2013). In my mind, an artist—in any medium, writing, clay, or otherwise—is proficient when the creative imagination and the technical imagination work in concert with one another. This means that even as the cellular level of our early ideas are created, their formation is simultaneously informed by what’s technically possible. It also means that, while the voices of doubt or self-scrutiny surely never go away, they are—at this critical stage—not influential. 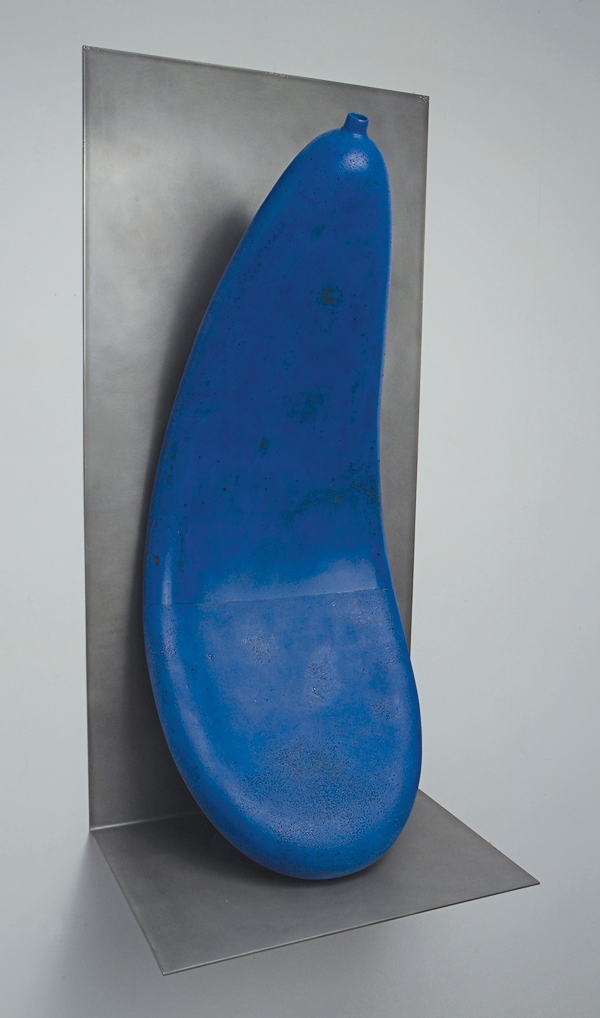 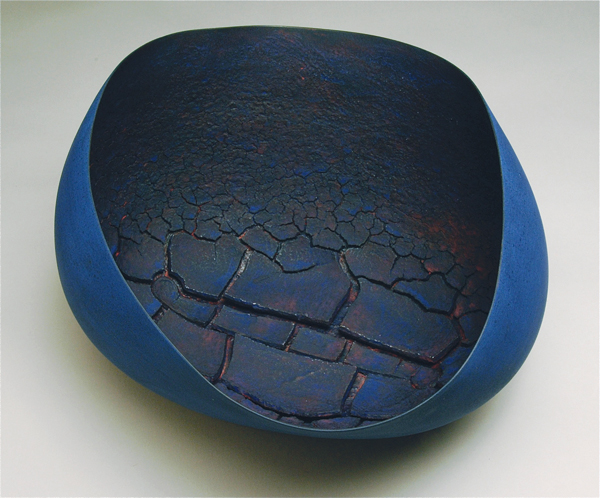 This isn’t to say that we don’t have standards or expectations for ourselves, but it is to say that we aren’t making work for anyone other than ourselves, or the indulgence of possibility, at this stage. We are exploring for the sake of exploring itself; or perhaps because, as human beings, we are naturally drawn toward discovery. There’s a drive within the creatives of the world to push up against that line: Where is too much? Where is too little? Is it ever possible to get it just right? This interplay between our creative and technical imaginations is what guides us toward an answer, even though we know we don’t ever fully arrive. We don’t care about the system or the audience. We don’t even know what the system or the audience are, when we’re in the thick of making, and thank goodness for that. 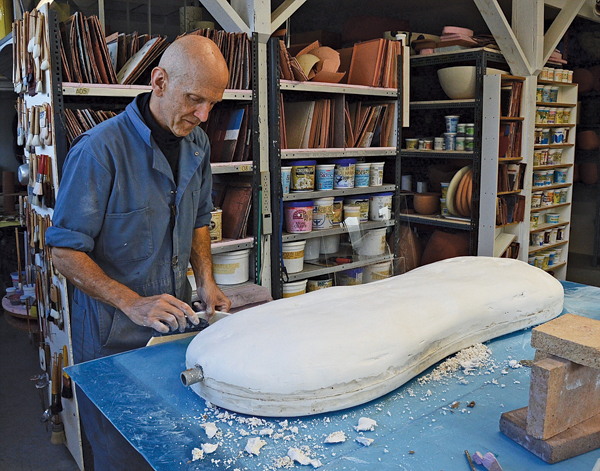 Considering all this, Heinemann’s work can be described as nothing other than proficient. Now, that might not sound as alluring as “archetypal references to the night sky,” but I believe that proficiency is a stage of artistic realization that is all too often overlooked. Perhaps this is because we don’t understand it—the process is, after all, invisible. We might say of someone’s work, “Oh, she makes it look so easy.” This is another way of saying that we’re at a loss for words; we know we’re seeing something whole and inspired, but we can’t quite articulate how it got there, or what made it possible. Proficient artists, it turns out, sometimes can’t, either.

I asked Heinemann about the origins of his work, and he was hesitant to expound. This is not surprising; most of us fear that if we look the muse in the eye, we’ll jinx whatever it is she’s giving us that works so well. Others of us don’t even care about the muse, or we claim not to care, and we wouldn’t dare give her a name or a gender. Whatever the case is for Heinemann, a few kernels did, indeed, come my way. I value them for what they reveal, not just about this artist and this body of work, but perhaps all proficient artists. 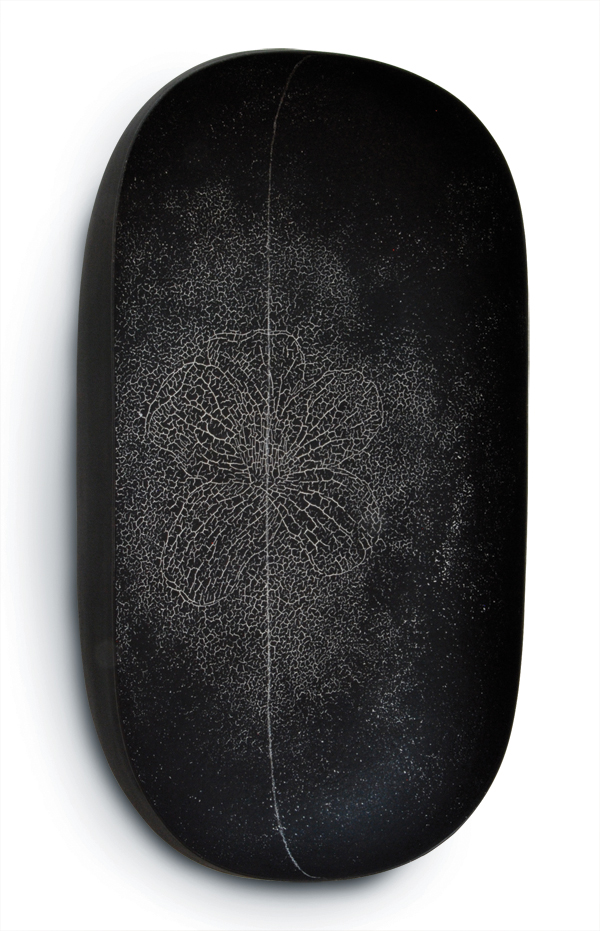 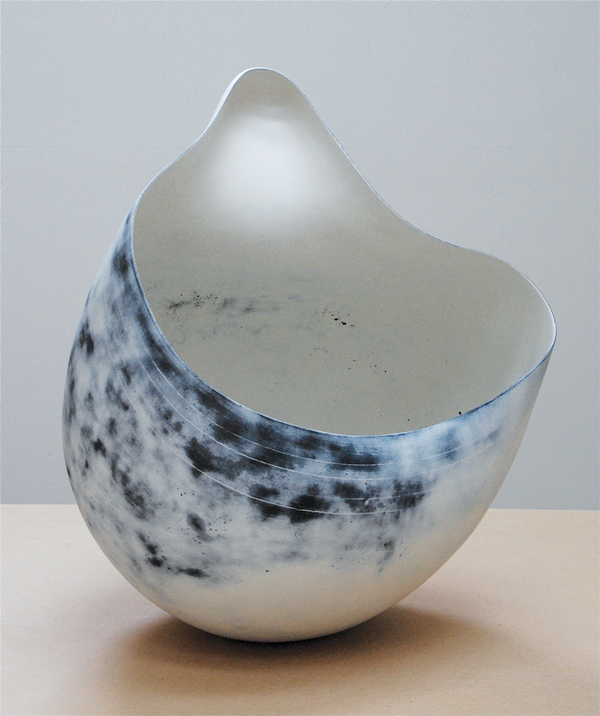 “My work generally is, of course, the product of an obsessive. I can and will obsess over whatever’s in front of me—so, clearly, I try to be picky about what’s in front of me,” he wrote. “Popular conceptions of art-making sometimes suggest a kind of blazing, galvanizing vision that guides and drives the act of creation. [That] hasn’t happened here yet. I’m definitely a plodder. This is not a conceptual stance, and it may sound terribly passive…It’s the sustained engagement with matter that contains the inquiry. That being said, there’s a curious consistency to what one notices—and that accounts for the themes, look, or style one is associated with.”

When asked about what, exactly, the “sustained engagement with matter that contains the inquiry” might be, Heinemann didn’t indulge. But he did add, “This [way of working] is not something I’m promoting…I tell students that if they’re smart, they won’t work this way.” When pressed specifically about lines of inquiry he feels he’ll never have the answers to, Heinemann conceded: “I’m not really into these kinds of things. Regarding questions, the only major ones that come to mind are in fact the night sky events—as in, justwhatthe[____]isoutthere. coulditpossiblygoonforever. whatcouldpoissblybebehindallofthis????????????” [sic]

Which of course, might make you want to laugh, or pull your hair out, or both. But if you know Heinemann’s work, you also know that long-winded phrases that blend together, demonstrated in the above quote, often show up in titles for his pieces. Why? Oh, don’t ask, he affectively told me. Then, “I only apply [titles] when they feel right. At best, they’re another clue. smooshedlowercasesuggestssomekindofslippagefromfunctionalrationalthought.” [sic]

And there you have it. When the creative and technical imagination work as one, “it always comes down to mystery,” Heinemann said. “Just how and why those artists, whose names we all know, had the imaginative access to the things they did—much of it is unknowable. We are left with the work.”

After our conversation, Heinemann returned to his work; and I to my own—which includes saying something knowable about a ceramic artist who has received the Bavarian State Prize (Germany), a Juror’s Award (Mino, Japan), won the Fletcher Challenge (New Zealand), the Prix d’Excellence at the National Biennial of Ceramics, and in 1996 was granted the Saidye Bronfman Award (Canada’s highest recognition of achievement in contemporary craft). He has also taught widely across Canada and the US; participated in residencies in North America, Europe, and Asia; and exhibited continuously since his first solo exhibition 35 years ago.

His most recent work has been shown at the Swiss Museum of Ceramics and Glass in Geneva (April 2016), and Galerie Elena Lee in Montreal (May 2016). Heinemann describes the pieces as “an ongoing development . . . around the same core.” Much of the work is indeed familiar; as in Wane (2014), a dark slate, teardrop-like, “vaguely abstracted pottery form,” Heinemann describes. But a tried-and-true fan won’t feel cheated in any way. Those who have followed Heinemann long enough, understand that the evolution of his work—technically, conceptually, and physically—takes places slowly. “Glacially,” in fact, as Heinemann says. 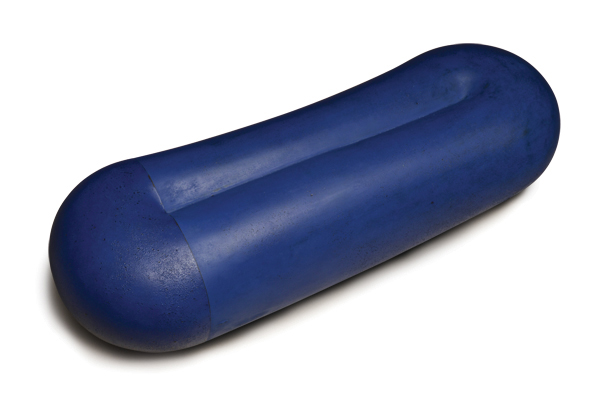 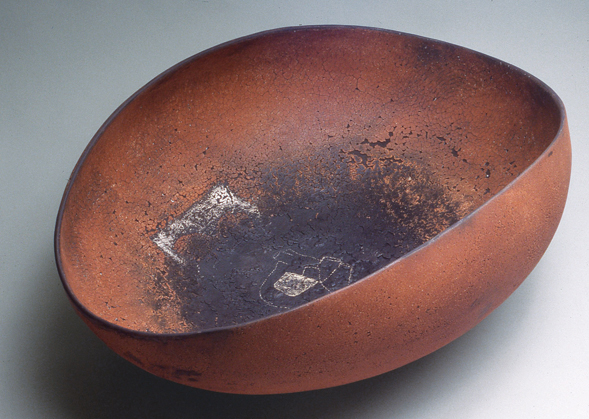 That wasn’t very fun though, was it?

What I mean to say is—I really did want to talk about the imagination, those formative moments, those pre-pre-pre’s of the greatness of life. So I turned to Rachel Gotleib, curator of Heinemann’s upcoming career retrospective at the George R. Gardiner Museum of Ceramic Art in Toronto, and adjunct curator at the Gardiner overall. Gotlieb shared the following with me: “Steven strikes me as a hybrid artist channeling a European interpretation of ceramics. Not necessarily Bernard Leach, but, actually, Hans Coper (the German maker based in London who fled from Germany during WWII). Coper looked at ceramics not as functional pottery, but singular vessels that expressed universal concepts about meaning and life. With Steven, you can tell he’s looking at a particular shape or form and exploring it as much as he can in order to discover what shape or form means as a universal concept. I think people are fascinated by that creative process he’s set out for himself.” 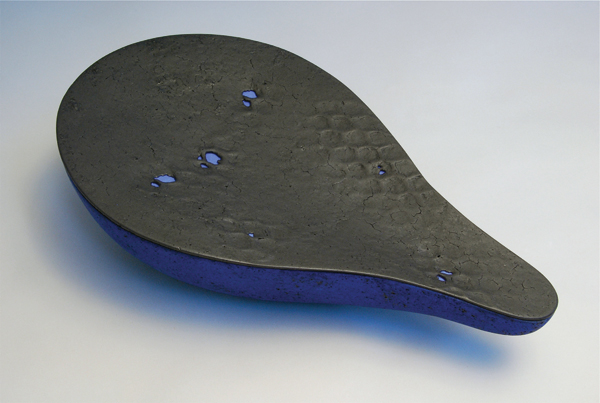 I didn’t share my particular angle of approach with Gotleib until after our interview. I found it validating that she, too, went straight for concept, deep into the unanswerable questions. “Steven’s trying to work out these incredibly demanding concepts: What is form? What is an object? What is a sphere? How do they relate to space?” Gotlieb said. “Making selections for the retrospective exhibition, we can see that he’s been exploring the idea of a particular gesture or curve for 20 years, for example, even though it may manifest differently across various pieces.”

The exhibition, which opens October 2017 with the working title: “Steven Heinemann: Culture and Nature,” will provide a chance to study that evolution up close and in person. I suspect it will likewise invite a celebration of the slow, steady, devoted, concentrated discipline Heinemann’s process embodies. And in the best-case scenario, it might even start to name the unnameable—if only through a glimpse of a curve, an angle of light, or the echo of a question far, far off.

the author Katey Schultz is an award-winning author and frequent contributor to Ceramics Monthly. She has interviewed over 75 artists in her 10 years as an arts writer. She offers precision courses for writers and artists at www.kateyschultz.com. 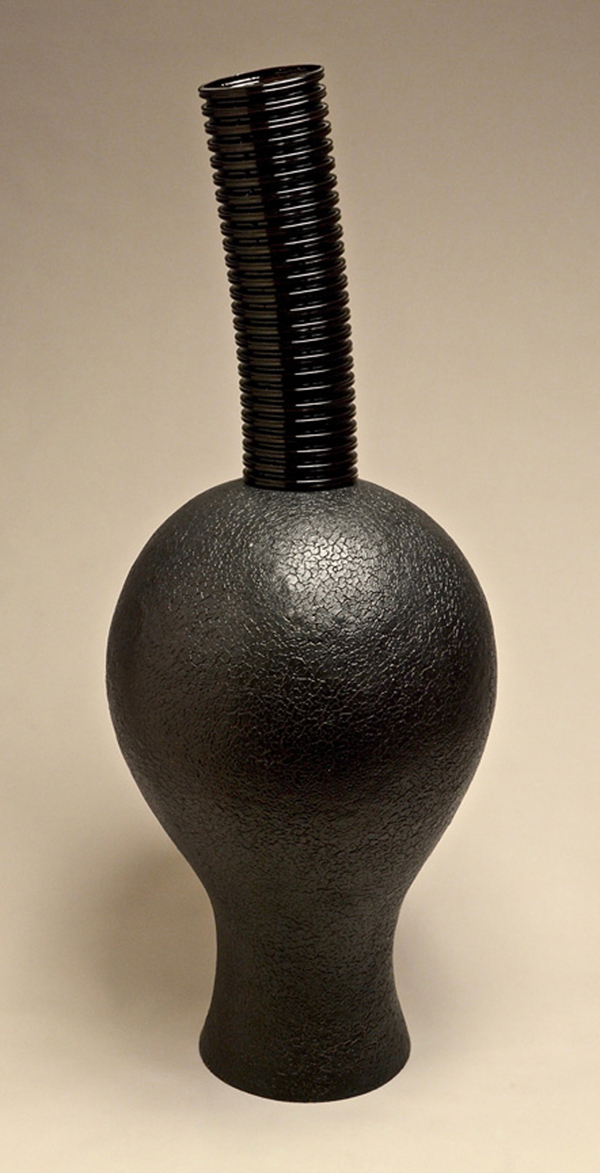 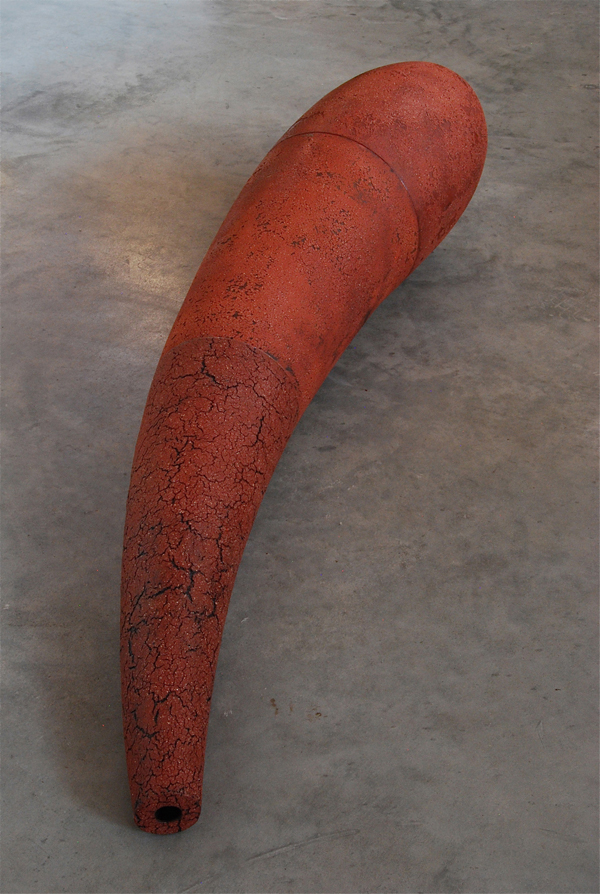 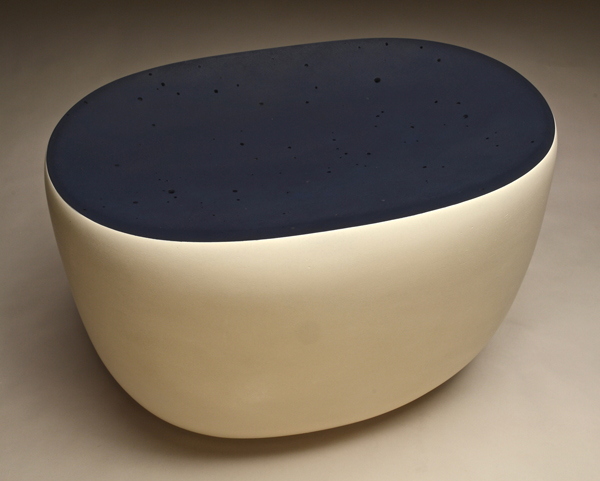 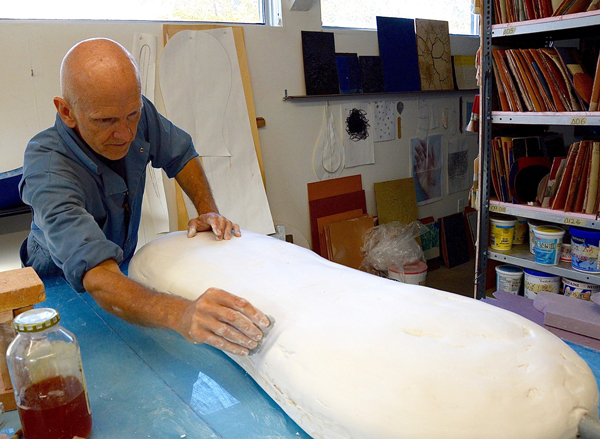