Appears in the January 2016 issue of Ceramics Monthly. 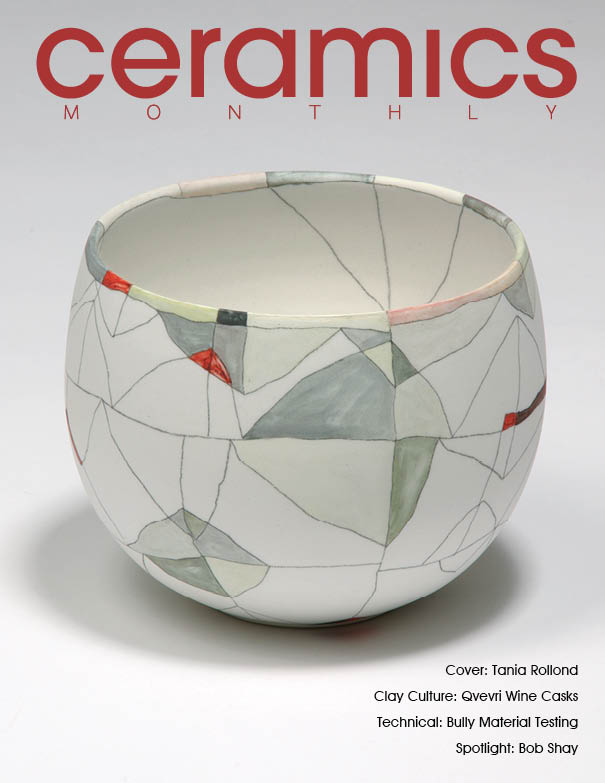 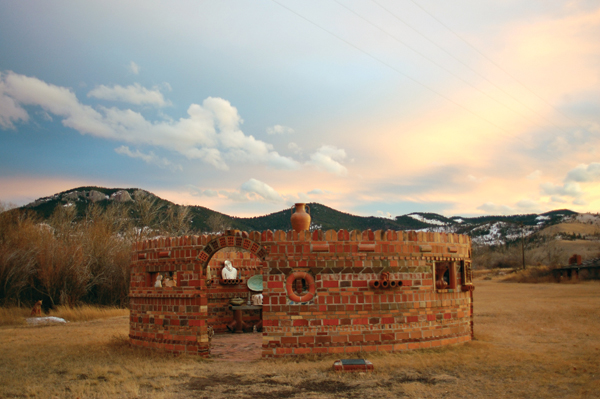 The first thing people notice about Montana is that there’s a lot of it. Distances between cities are measured in hours, not miles. The drive from Libby to Wibaux, for example, can take over 11 hours. The difficulties presented to any statewide arts organization are immediate. In summer the simple act of gathering is a monumental task, in winter it is heroic.

Over the past few years the group Montana Clay (http://montanaclay.org), which includes over 70 artists living and working in the state, has come to prominence, quickly gathering support and establishing itself as both the regional voice of contemporary ceramics and an advocate of the state’s formidable ceramics history, one that has long centered on the Archie Bray Foundation for the Ceramic Arts in Helena. Fashioned as a way to bring ceramic artists together across a vast geographic area, Montana Clay is a practical response to the profusion of people working with clay in the state who long for community and identity.

Purposeful Gathering Julia Galloway is a galvanizing force in clay. Throughout her career as a potter and educator, Galloway has initiated a host of community-based, peer-to-peer sharing projects based on the idea of hand-to-hand ceramics, an ethic that champions putting audiences directly in touch with clay as a way to positively impact people and foster a community of shared values. When she moved to Montana in 2009, she noticed that ceramic artists were organized into three strong but independent communities—studio artists, university professors and students, and artists in residency programs. Individual artists were friends, but it was difficult to make connections across those boundaries. Galloway set out to change that.

Using other intentional communities as guides, such as St. Croix Valley Potters of Minnesota, Galloway came up with a rough concept for Montana Clay. Her vision for active practitioners working together was outlined by Dean Adams (professor at the University of Montana, Bozeman) who wrote an off-the cuff mission statement for the group that stuck. In his words, Montana Clay supports the “preservation, promotion, and advancement of the ceramics arts in Montana through shared resources, networking, open dialog, and advocacy.” With these guiding words in mind, the group was formed. 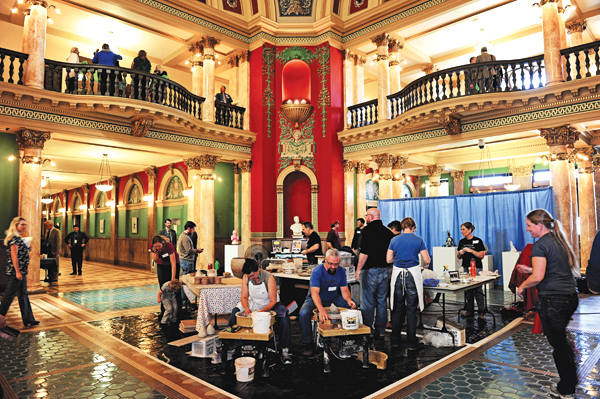 For the foundational meeting in the winter of 2010, Galloway brought together institutional leaders such as Steven Young Lee, director of the Archie Bray Foundation for the Ceramic Arts; David Hiltner, director of Red Lodge Clay Center; Josh DeWeese and Dean Adams, professors at Montana State University-Bozeman; Beth Lo and Trey Hill, both professors at the University of Montana; and studio ceramic artists Adrian Arleo, Sarah Jaeger, David Regan, and Alison Reintjes. Since then, membership has expanded to include other individual artists including those in temporary artists-in-residence programs. The group has developed an active dialog and inspires one another. They exhibit together, share information about workshops or visiting artists, and even help one another with something as simple as delivering artwork or picking up supplies. Randi O’Brien, Assistant Professor of Ceramics at Montana State University-Billings, says “As an emerging artist, I didn’t understand the benefit of Montana Clay. When I was starting out, David Hiltner pushed me to look at new perspectives and introduced me to ceramic artists throughout the state. At that time, I didn’t even know that I was surrounded by all of these world-renowned potters. To me it was just this great community. There was an immediate level of support I didn’t know I had. Even though artists live hours apart, we’re pretty aware of one another. We all pretty much know one another.”

Montana’s Story of Clay The widespread success of ceramics in Montana, is founded on strong precedents. One is the Archie Bray Foundation, the other is the Montana Institute of Arts (MIA). The MIA was a grassroots organization that tied together the scattered, often isolated practitioners of various arts and crafts across the state. Founded by University of Montana professor H. G. Merriam in 1948, the MIA provided opportunities to celebrate cultural pursuits in fields such as craft, art, literature, drama, and history. This organization pre-dated the Montana Arts Council by nearly two decades, and most regional museums and galleries by 40 years.

The founding of the Archie Bray Foundation serves as a common thread binding together the disparate practitioners statewide. This story illustrates how a small group of visionaries left a legacy that continues to nurture ceramic traditions statewide. Take Henry and Peter Meloy, who were introduced to Archie Bray in 1936 and discussed turning the Western Clay Manufacturing Company into a place for artists. Or Branson G. Stevenson, who became involved in these seminal discussions when he met Bray in 1947. Stevenson, a manager for the Socony Vacuum Oil Company in Great Falls, sold oil to the Western Clay Manufacturing Company. He possessed a relentless curiosity that contributed several technical developments to ceramics, including new glazes and, most importantly, a water-soluble wax resist called Ceremul A. Following Henry’s untimely death in 1951 at age 49, Bray, Meloy, and Stevenson set their plans for a ceramics foundation in motion.

7 A November 2014 Montana Clay meeting at the Clay Studio of Missoula.

The State of Montana Clay Today Many artists who initially moved to the state as Bray residents have remained. Under the leadership of past director Josh DeWeese and present director Steven Young Lee, the Bray has been restructured. Since expanding into a state-of-the-art facility in 2006, the Bray has made a concerted effort to provide the best resident experience possible. Recently both Red Lodge Clay Center (founded 2005) and the Clay Studio of Missoula (founded 1998) have also accomplished much in broadening the ceramic education and exhibition possibilities in the state.

Shalene Valenzuela, director of the Clay Studio of Missoula, notes that when the Clay Studio was founded by UM students, it immediately filled a niche in the Missoula clay community by providing studio space for committed artists. The program has grown tremendously since Valenzuela took over as director and now includes an active exhibition program. Recently, the Clay Studio hosted the national “Woodfire Invitational 2015,” an exhibition organized by resident artist Casey Zablocki. The event culminated in an anagama firing that involved invited participating artists as well as local members and community students. 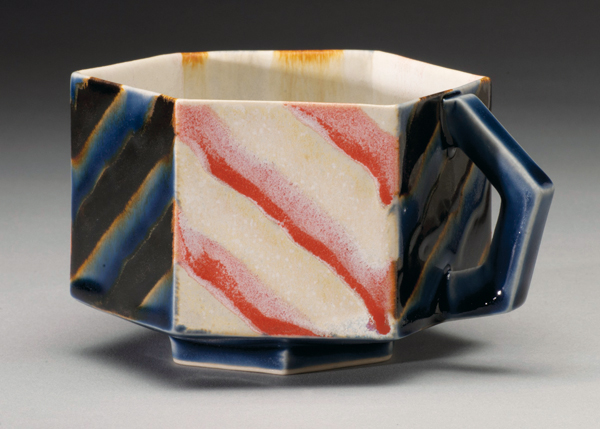 The Red Lodge Clay Center, now in its tenth year, has hit its stride. With a successful residency program and outstanding exhibitions, which account for Red Lodge Clay Center’s reputation, Director David Hiltner is again compelled to try something new. He says, “I felt that there needed to be more opportunities for artists outside of the academic world.” This year Hiltner, along with residency and communications coordinator Andrea Moon, initiated an Advanced Student Project Network (ASPN) residency. ASPN searches out nominations nationwide from university ceramics programs to select five students for an intensive three-week residency experience providing professional practice within a gallery, a studio, and the like-minded Montana community.

Recently, there has been a resurgence of interest in digging local clay, spurred on by the state’s strong wood-fire community. The International Wild Clay Research Project (IWCRP) has created a cult of local clay advocates that source deposits. In 2013, IWCRP hosted an exhibit titled “Wild Clay, Field Paper” that helped teach art students at Montana State University-Bozeman about history, earth science, and geology connected to specific clay deposits.

Most recently, Montana Clay’s political savvy and commitment to advocacy was apparent during the 2015 legislative session at the state capitol building. Organized by Emily Free Wilson, artists such as Heidi West, Lisa Ernst, and Adam Field provided wheel-throwing and handbuilding demonstrations in the Capitol Rotunda for legislators. The “Clay-In” raised the organizational profile and pointed to the fact that Montana, with the third largest percentage of artists per capita in the nation, relies on the arts as an important economic contributor.

Most recently, Montana Clay’s political savvy and commitment to advocacy was apparent during the 2015 legislative session at the state capitol building. Organized by Emily Free Wilson, artists such as Heidi West, Lisa Ernst, and Adam Field provided wheel-throwing and handbuilding demonstrations in the Capitol Rotunda for legislators. The “Clay-In” raised the organizational profile and pointed to the fact that Montana, with the third largest percentage of artists per capita in the nation, relies on the arts as an important economic contributor. 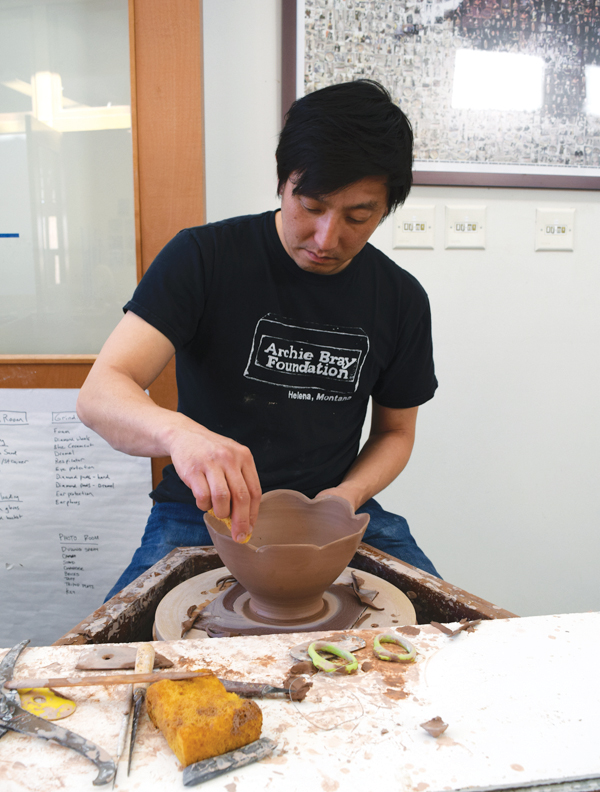 Growing Stronger The future of Montana Clay looks bright. At a recent meeting, a brainstorming session included suggestions to annually honor a state Potter Laureate. Someone else suggested studio tours emulating the Annual St. Croix Valley Pottery Tour and Sale in Minnesota or the local Artists Along the Bitterroot in Montana. Others suggested a stronger web presence, possibly even an online sales gallery or blog.

Planned projects include a member-artist exhibition at Paris Gibson Square Museum of Art. A second exhibition, tentatively titled “Founding Mudders & Potters,” has been organized to recognize artists who have made significant historical contributions. Likewise, the Montana Art Gallery Directors Association (MAGDA), a statewide group that shares resources and travels exhibitions, has approached Montana Clay about touring an exhibition of members’ work, with the goal of reaching venues in rural, out-of-the-way locations. All of these activities align with the group’s goal to showcase the breadth of ceramic artists working in the state. Galloway says, “I would love to see every institution in the state commit to one exhibition annually featuring a solo ceramic artist or group show as a way to increase the visibility of ceramic artists in our communities.”

the author Brandon Reintjes is the Senior Curator at the Missoula Art Museum in Missoula, Montana, and writes regularly about ceramics and contemporary art. Recent projects include an interview with the artist Sandra Dal Poggetto and a story for “Reflections West,” a Montana Public Radio program about the literature, history, and culture of the American West.