From the Editor: April 2015 Jessica Knapp

Appears in the April 2015 issue of Ceramics Monthly. 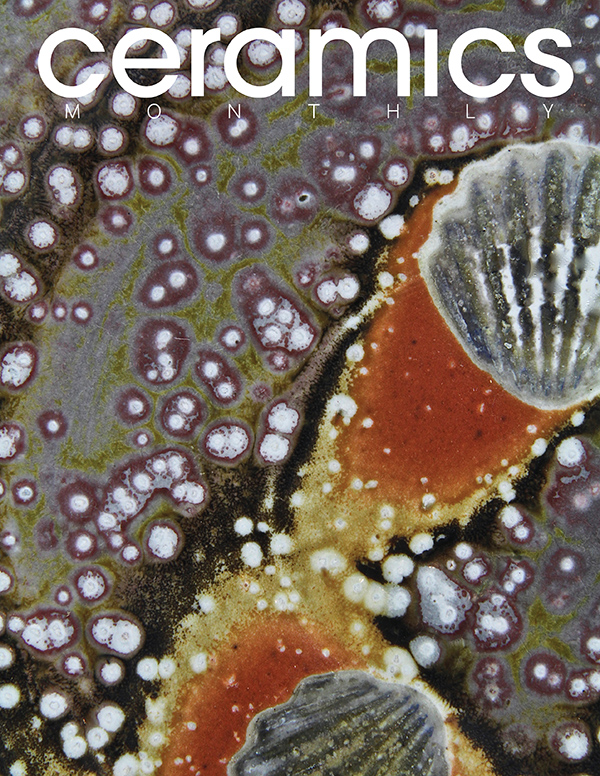 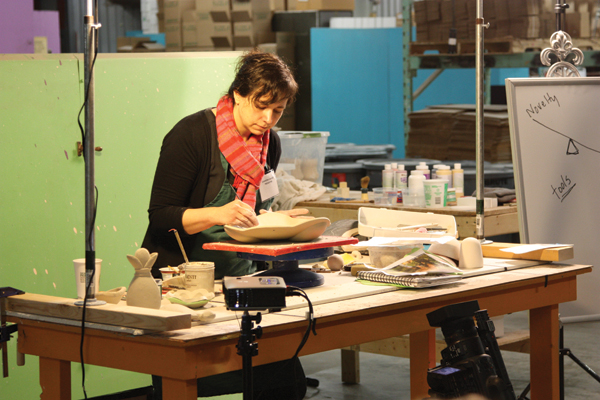 The artists in this issue all have different reasons for making a career switch at some point in their lives, and deciding to leave one field, follow their curiosity, and pick up a ball of clay to start their new career. We talk to them about their choices, and how their former careers have influenced their studio work. After all, while we all research personal interest areas and bring these influences to the studio when making work, when you’ve been immersed in a particular field or subject area through study, training, and work experience, it tends to not only form your knowledge base, but also to have a profound effect on who you are and the way you think.

Nicole Aquillano’s work draws on her background as an environmental engineer for the EPA and her interest in architecture, memory, and nostalgia. These influences are visible in her minimalist functional tableware with incised mishima line drawings of architecture and bridges located in various places she has called home.

Steve Hilton, who was cajoled into the ceramics studio by his colleague and fellow teacher at a high school now teaches ceramics himself, and makes sculptures that show the influence of his career teaching geology, oceanography, and environmental science.

Carolanne Currier worked for almost three decades in the EPA. She has found that some of the organizational skills she relied on in her first career and her aptitude for testing have helped her immensely in her career switch to working as a studio artist and learning the ropes of soda firing.

Chandra DeBuse’s background in social work informs the sense of the importance of play and, perhaps contrary to her social science background, anthropomorphized narrative in her work. I had the opportunity to meet Chandra, watch her demonstrate some of her techniques and talk about her approach to clay at a recent Potters Council workshop in Columbus, Ohio. She touched on the importance of play as a motivating factor in her studio work, both in the way that she approaches experimentation, and in her surface techniques, which is something she discusses in her article.

Although not all artists in this issue started out in different careers, they do share how their personal interests and research have inspired their studio work.

Studio Visit artist Tom Budzak talks about his love of Star Wars, and how this has opened up a new venue for selling his work.

Sebastian Moh’s skill as a chef, honed alongside and informing his functional tableware, led him to collaborate with The Kiln Studio and Gallery on an expanded opening weekend for a recent exhibition of his work. In addition to the show, a group of supporters attended a dinner that featured a multi-course meal prepared by Moh on tableware made for the occasion.

Aysha Peltz shares how she developed her techniques for creating large-scale, wheel-thrown and altered vessels, inspired by an iconic photograph.

Need some time to focus your own research or develop new techniques or surfaces? Check out our summer workshops listing and start planning your summer! 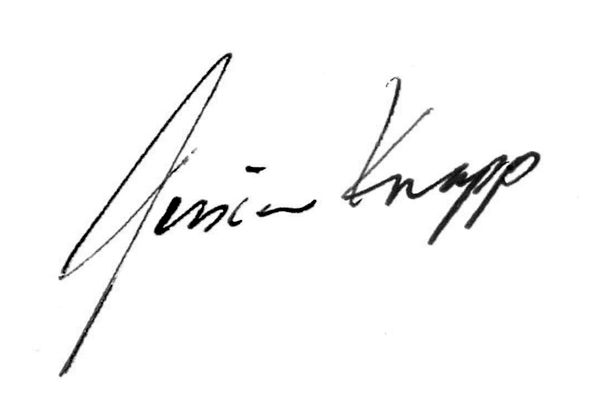