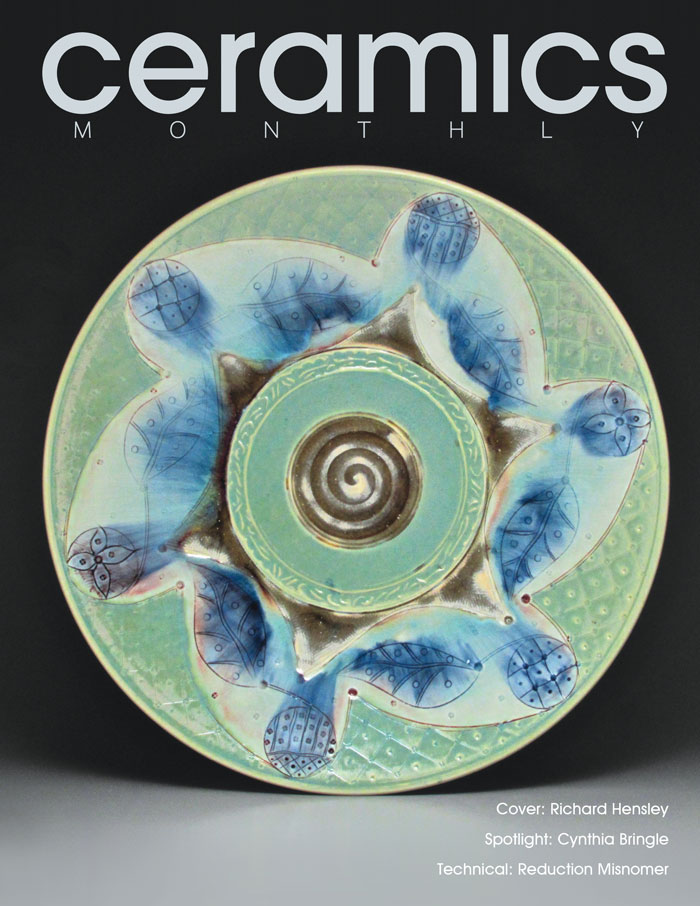 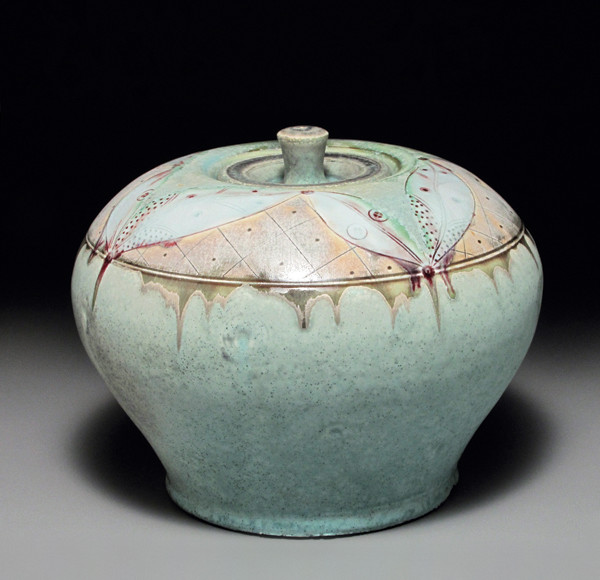 I spent a large portion of my pottery career trying to learn the basics of making porcelain pieces that used a transparent clear glaze. I wanted to make marks and images on the clay surface and have a sheet of clear, watery glass over the pot that was perfectly clear and had a great color and brightness response. I had a lot of help from masters such as Victor Babu, Don Pilcher, and Tom Spleth and eventually the marriage of a good clay body and much glaze testing began to provide me with results that I liked.

Having spent so much time making porcelain pots with transparent glazes, I eventually had a pretty normal desire to try some new ways of thinking about my work. About 12 years ago a friend introduced me to the glaze ideas of Ian Currie1 and I began exploring some new ways to think about my glaze palette. Currie’s grid method (see Techno File, CM October 2015 issue and Currie’s book Revealing Glazes Using the Grid Method) glaze blends showing the melt of the oxides in a base are really visually clear and instructive as to the effects of the various materials in the melt. Usually somewhere in the 35 little tests will be an area of interest and I am sure that most people who do the work to make a series will be surprised at what they find out. I have made many of these test tiles and have seen many more from other potters and I always see a square or two that are interesting and worthy of further investigation. Really! Give it a try.

For me the interesting tiles were always the deep crackle glazes, sometimes with magnesium crystals in them. My lifelong interest in perfect glaze fit had divided off into a different direction: using drippy crackle glazes and matte glazes that have the curious property of being a matte glaze where they are thin but shiny in lines and depressions where they get a little thicker. The glossy parts are always complimentary in color and I think they are very pretty. It’s also interesting that some of my tests that were shiny crackles turned into matte glazes as I started testing different oxides with them. Some of that is explained by the fact that tests change when fired in a vertical position. I was also lucky to find some of the individual Currie grid method tests that had lots of potential variety. The crackle glaze parts are still the most interesting to me, and now that I am thinking like this, it’s been interesting to see that some of this way of organizing pottery surfaces is present in many historical pots that I love. I especially notice this in pots from Thailand and I marvel at the incising under their thick crackle celadon glazes—was I a Thai potter in another lifetime?

I think it is important for me to have limits on the number of glazes that I use. If I can learn to use two or three base glazes with various oxides for different colors, then I can get used to the thicknesses and overlaps that result. A little change in the base will also offer some interesting changes in color and texture. It’s always a little risky working with my glazes because of the many variables but so far I remain willing to stick to this approach because the pieces that I think are successful are very exciting and pleasing to me. That’s the point isn’t it? 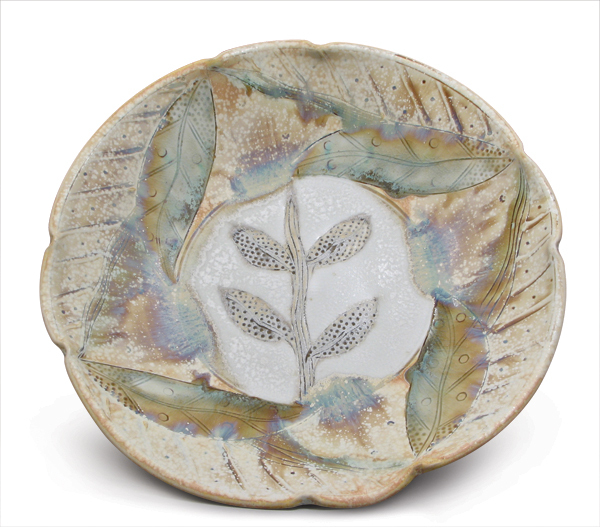 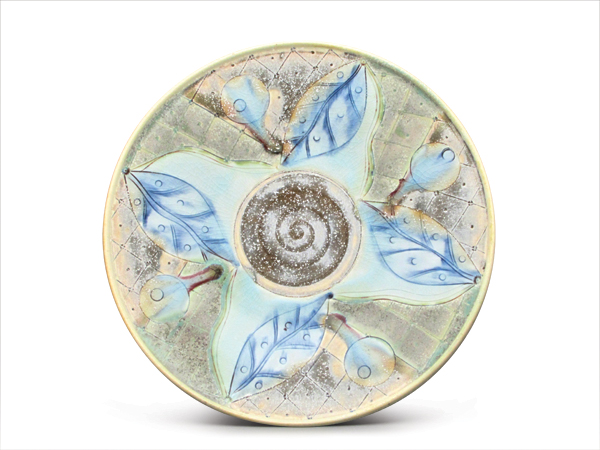 With the pieces I am making now I am using only three base glazes and of course some different oxides to achieve different colors. I am also beginning to use a different white clay that is less glassy than my usual porcelain because I have realized that the joy and charm of a translucent clay can also turn to pain when my glazes react with the higher fluxed porcelain and run too much—potentially sticking to the kiln shelves! Porcelain that is not so tight can still be beautiful and in this case, I am using crackle glazes and matte glazes so glaze fit isn’t an issue that concerns me too much. 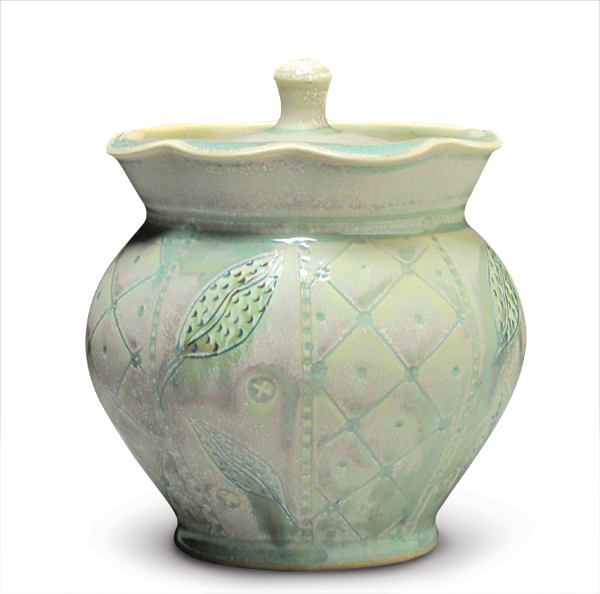 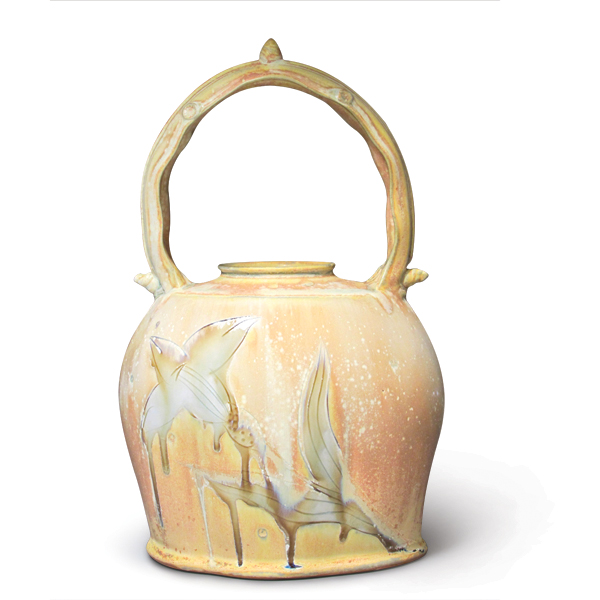 For many years I have been using incised patterns as a vehicle to create an array of spaces, lines, and textures to show the interactions and contrasts of these glazes. I tend to make forms that can carry a repeating pattern with spaces and lines intersecting so that there are glazes moving across lines and into space occupied by another glaze. I often incise, draw, press, and comb textures in a variation of 4–6 repeating modules. Sometimes they turn upside down from each other as they move around the pot but the general idea is to make spaces where the glazes can move into one another and still maintain the integrity of the drawing. Then I bisque fire the pots and start painting in the different glazes and wax over the glazed parts so that I can eventually dip the pot in a final overall glaze. Sometimes at the end I will even spray another glaze over the whole pot to create a special effect on the rim or upper part that will melt and pool down a bit and show the pull of gravity even more. 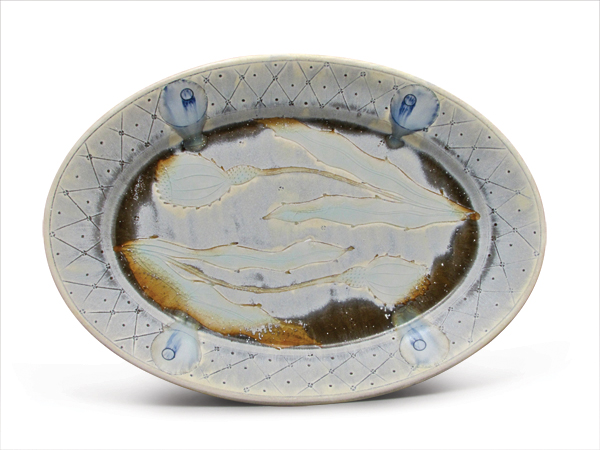 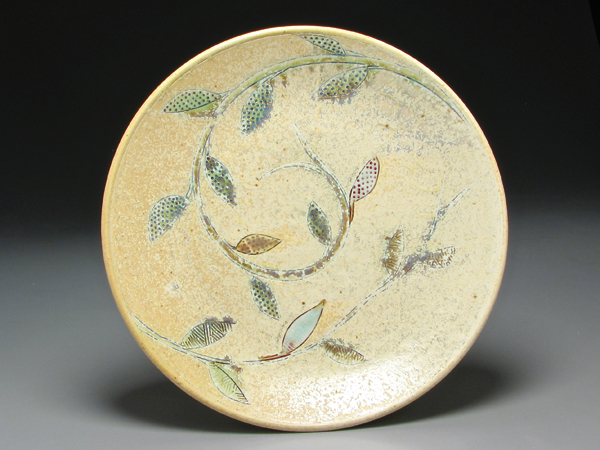 I suppose it’s clear by now that from throwing to glazing and firing is quite a path of concentration. I think most good pots travel that same path of planning and execution and even the simplest pot that hits a high note didn’t get that way by accident. My goal with this work is to set images and drawings in proximity to other active agents such as my runny glazes so that the whole ensemble of colors and textures, and of course the movement of the different space of color shows a happy synchronicity. It’s in many ways for me the following of a feeling or remembering a dream. It usually seems just out of reach and it is such a pleasure when it works. I guess I am pursuing something just out of my range here but I think most potters realize how important it is to keep pushing into the slightly uncomfortable areas of our art. It’s how we grow and how we dig our wells a little deeper. I am so very happy to have the time and space to try to understand how to make this work better and have it reflect my long time interests in glazes and white clays.

the author Richard Hensley is an artist and professor at Hollins University living in Floyd, Virginia. To see more of his work, visit www.richardhensleypottery.com.