Appears in the February 2020 issue of Ceramics Monthly. 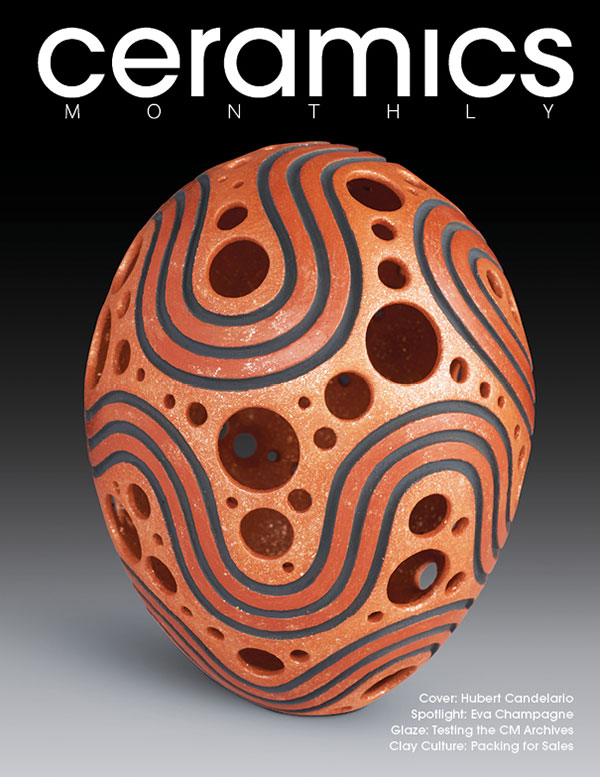 You’ve got the pots, the booth, the tent, and the cash box—now how do you get it all to and from your next fair? Read on to learn how one potter has developed a time-saving system to fit everything in his SUV.

When I decided to start selling my work at weekend art fairs over a decade ago, I didn’t realize just how much thought would have to go into simply moving everything to and from the shows, and how that would affect the design of my booth display.

There are many options to consider based on your situation. Artists transport their work to and from art fairs in everything from the same car they drive to work to a 20-foot-long rental truck with a lift gate. They pack their work in old cardboard boxes, tote bags, plastic tubs, custom crates, or even luggage. They display their work on pedestals, walls, tables, and shelves. Some displays are simple and spare, others are rich with hanging tapestries and rugs. The possibilities are endless. My choices are based on striking that balance between having a booth that shows off my pots well and is also easy to set up and transport. 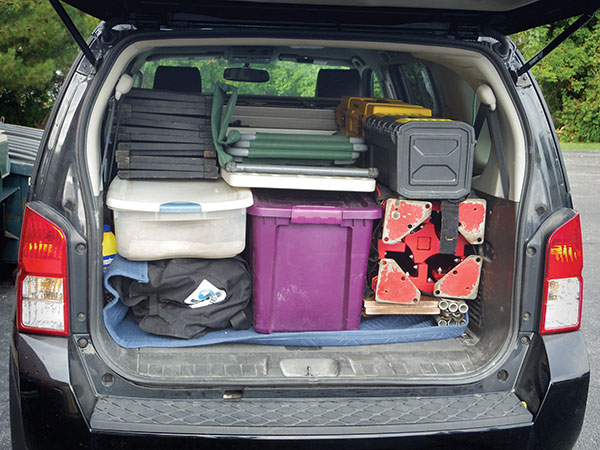 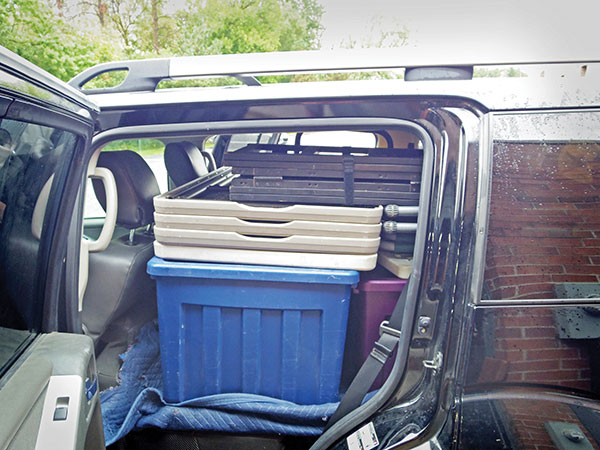 I have never used anything but my personal car to transport my work to shows. I currently have a 2012 Nissan Pathfinder, but I’ve had vehicles that were larger and smaller. I’ve often considered getting a trailer or van, but have found an SUV to be a better choice for me for several reasons. First, using my everyday car makes good financial sense. I’m already paying for it, so there’s no added expense. Second, vans and trailers have to be stored when not in use, which makes up roughly 85% of the year for someone like me who does about 20 shows a year. I live in the Chicago suburbs and I am not allowed to park a vehicle in front of my house for 300 days out of the year, so I would have to pay for storage. Third, my SUV is much easier to maneuver through most show grounds than a large van or trailer, and is easier to park in urban areas.

There are definite downsides to using my SUV/everyday car for shows, though. For one, it puts a lot of wear and tear on my vehicle. Hauling bulky, heavy items like canopies, tables, and tubs of pottery is not easy on any vehicle. Even with a lot of moving blankets, the interior gets banged up. I also put a lot more miles on my car than I normally would, and my car is never clean during show season. The biggest issue for me, though, is the fact that I can’t use it for a show until I’m done using it for family life. That means not being able to load it up for a show until after my kids go to bed at night, and unloading it right away when I get home so it can go back to being used for chauffeur duty the next morning. 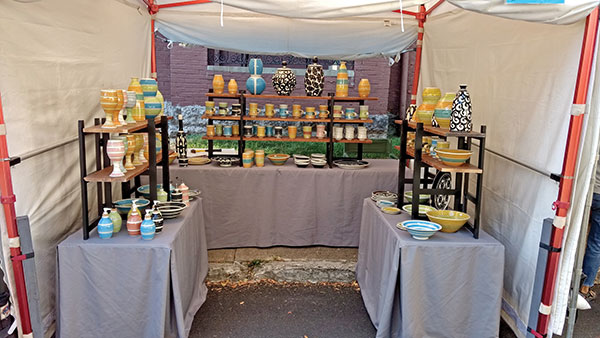 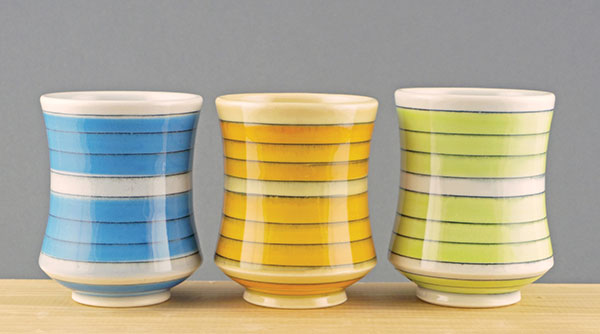 My SUV is smaller than a van or trailer, so it limits how elaborate my booth display can be, although that’s not necessarily a bad thing. A simple display makes for faster setups and teardowns, and I’m all about getting home in time to see my kids before they go to bed. I can be loaded up and on the road in under an hour at the end of a show, instead of the 2–3 hours that many of my friends need. The smaller cargo space limits how much work I can take to a show, but by packing smart, I’ve found a good balance between space for my work and space for the display.

I transport all of my work in plastic tubs. I never, ever use cardboard boxes. Everything must be waterproof—rain is a regular part of doing outdoor shows. Durable tubs with locking lids can be found at big box stores for under $10 each. I measured my car several times to make sure I got tubs that fit the way I wanted them to. I tumble stack my pots in the tubs, placing thin foam sheets between them, and putting many types and sizes of pots in each tub. It’s a fast and efficient method of packing, and reduces the number of tubs I need compared to having a dedicated tub for each form. There is very little wasted space in each tub. I never use bubble wrap, because it takes up more space than foam sheets and doesn’t protect rims and feet as well unless you use several layers. Each tub weighs 35–40 pounds when full, which is easy to carry. I usually take 6–7 tubs to a show, with roughly $1000 worth of pots in each tub.

I designed my booth display to be pretty subdued since my pots have a lot of color and pattern. It consists of fold-down shelving on top of 4 tables that are each 4-feet long. It’s quick and easy to set up and tear down, and takes up minimal space in my car. It’s not an elaborate or terribly creative setup, but it complements my pots, and everything is displayed at a height that is easy for people to see. Plus, I can store all of my empty tubs under the tables during the show; I don’t have a mess of tubs and packing materials behind my booth like some artists. If it rains, I can easily fit everything inside my canopy and still have room to sit. The display is also modular enough that I can make it smaller if needed, or adapt it to special situations like when my booth is straddling a curb. 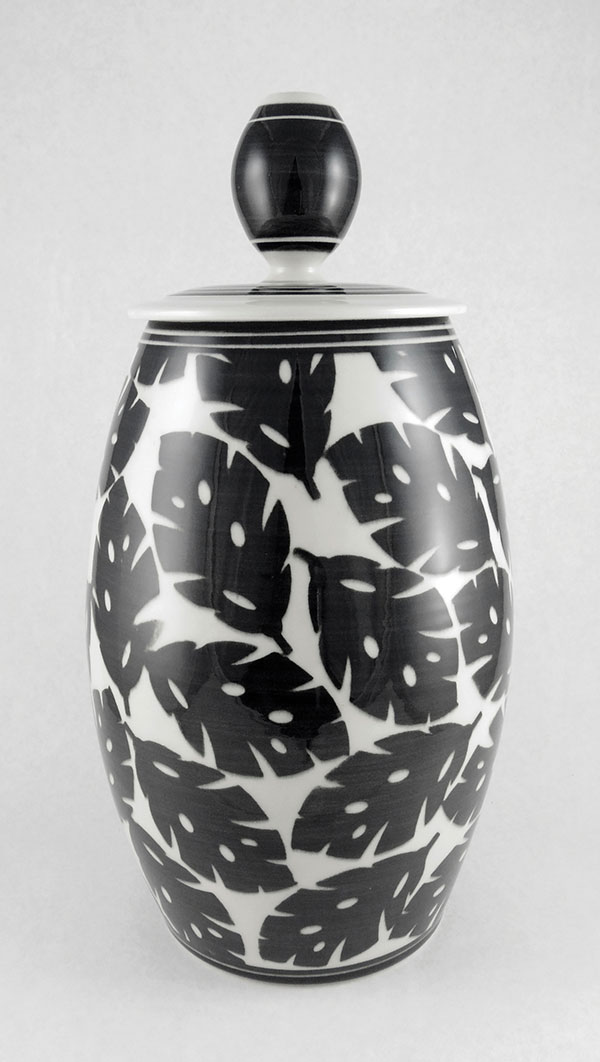 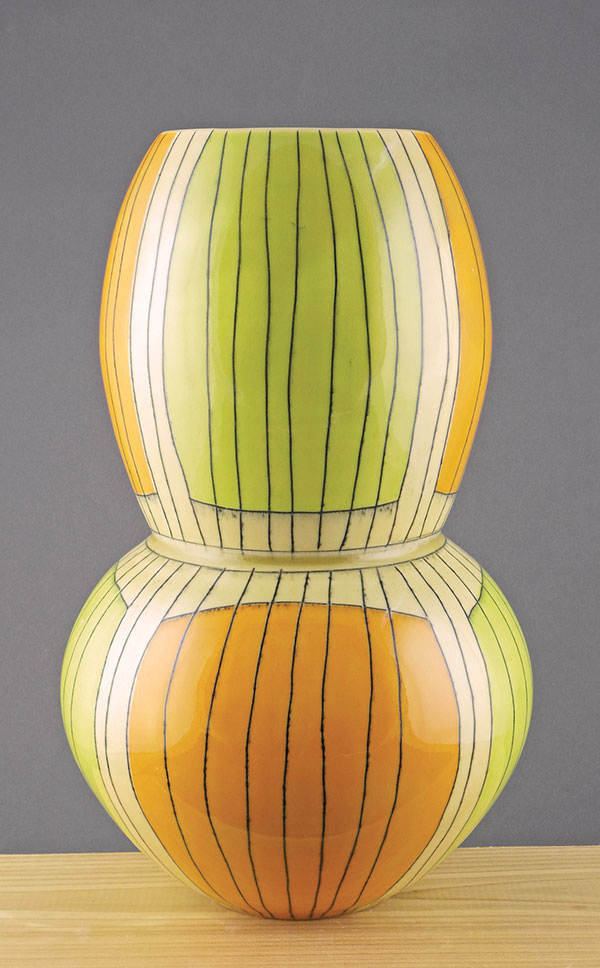 Packing my car for a show is a bit like a game of Tetris, but it all fits and still leaves room for a passenger in the front seat. It seems like a lot of stuff, but it’s well within the weight limits of the vehicle. Here’s a rough breakdown of what everything weighs:

This amounts to a total of 790 pounds. It’s really no different than having 4 or 5 grown men riding in the car.

My setup has gradually become less complex over the years (I’ve stopped using larger tables, taller shelves, layered linens, and wall fabrics) as I realized that I was wasting a lot of cargo space and energy on things that didn’t improve sales. I now spend less time setting up my booth than ever before, and sell just as much work.

the author Neil Estrick holds a Bachelor of Fine Arts in visual art with an emphasis in ceramics and photography, and a Master of Fine Arts in ceramics. He has been making pottery for 27 years, and specializes in wheel-thrown porcelain. Since 2004, he has been the owner of Neil Estrick Gallery, LLC, in Grayslake, Illinois, where he makes and sells his pottery, and teaches wheel-throwing classes. Neil also sells kilns and does kiln repair in the Chicago-Milwaukee area.