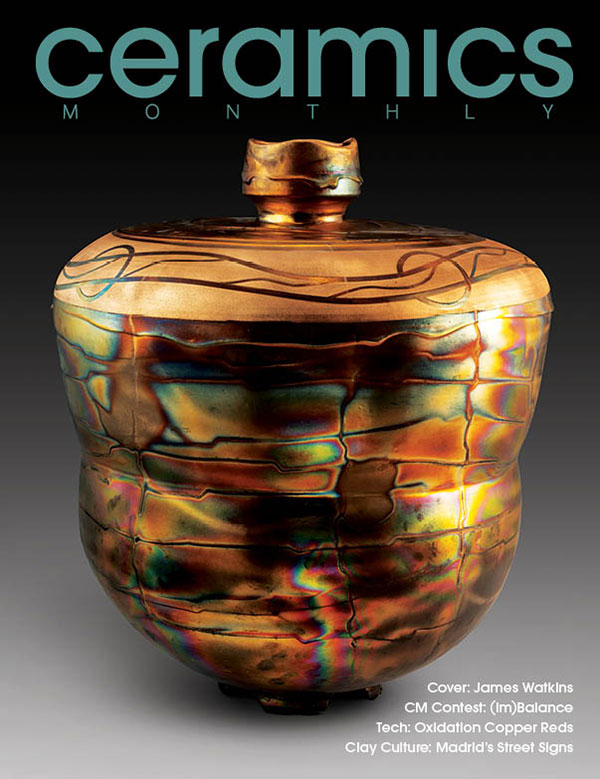 Ever hear the expression “I have forgotten more than you know?” That expression aptly describes the history of handmade pottery.

Pottery can be traced back to some of man’s earliest recorded history, including 30,000-year-old figurines containing clay and crushed mammoth bones found in Eastern Europe. In Japan, craftsmen were producing decorated ceramic containers for food preparation around 13,000 years ago, and some containers are even older.

Recipes for historic pottery were passed down from generation to generation. Firing and other processing conditions relied on the senses and experiences of the masters that could in no way be captured, even when records were kept. It is no wonder some of the beauty and utility of historic pottery is difficult to replicate today, even by our most skilled artisans and engineers.

As archeologists find more artifacts, archeometrists seek to unlock the secrets of ancient civilizations and their engineers and artisans. But how can these scientists uncover key mechanical and chemical information from such priceless, irreplaceable items? How can they figure out how they were produced? Examining shards is helpful when the tests can be destructive, but it only goes so far. Instead, scientists use models to estimate and attempt to reproduce such items.

The word model conjures up many images. There are runway models, model homes, model cars, and car models. Models are representations or examples of physical objects and processes, and they are often ideal or simplified.

In science we use many types of models. A recent open-access article in International Journal of Ceramic Engineering & Science discusses models that were used to better understand ceramics from different parts of the world. 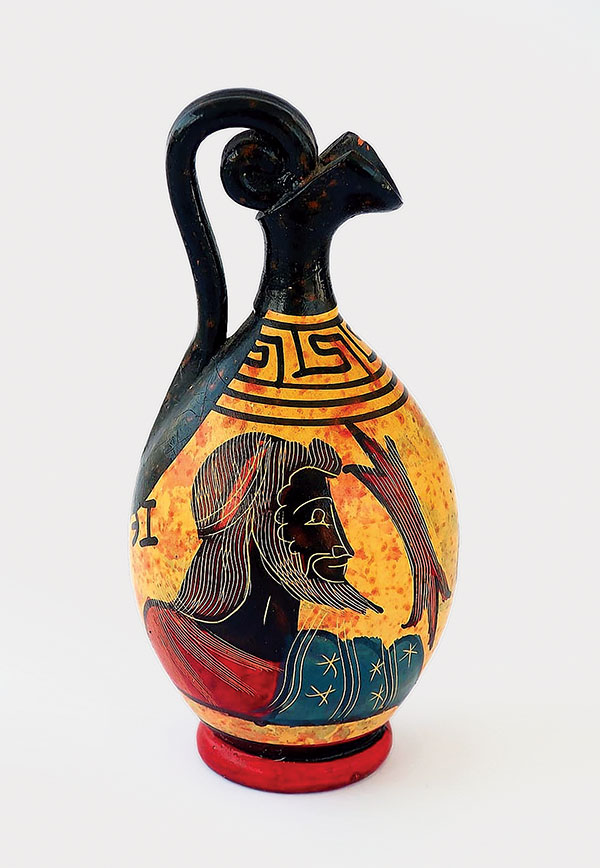 With the advent of regional trade, merchants needed containers in which to store and transport goods over long distances, especially by boat. And one type of ceramic container used often in antiquity for this purpose was the amphora.

Amphorae are bullet-shaped vessels, typically with long necks and handles that are affixed near the mouth of the vessel on one end and attached to the body at the other. They are specifically designed to be stacked inside cargo holds of ships in multiple layers.

While the amphora itself had some value, the real value lay in the vessel’s contents. As such, if the container broke and the contents of that vessel were lost—and potentially damaged other goods in the cargo hold as well—it could result in substantial losses to the producer and the ship owner.

In the recent open-access paper “Digital modeling of function and performance of transport amphorae,” Anno Hein and Vassilis Kilikoglou from the Institute of Nanoscience and Nanotechnology in Greece assessed specific design features of different amphorae for their performance (e.g., failure potential), particularly during transport. Furthermore, they used simulations to provide information to help interpret typical damages observed in archaeological finds.

The authors could not use destructive methods of testing on the vessels, for obvious reasons. Instead, they ran nondestructive testing such as X-ray tomography to determine wall thicknesses while performing mechanical testing on shards to get insights into mechanical strength, tangent moduli, and plastic deformation. 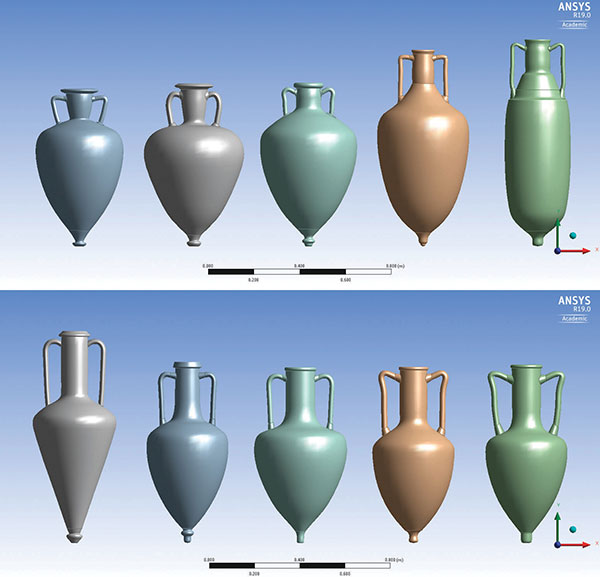 They used the limited experimental information as inputs and boundary conditions for finite element modeling of the stresses that build up at the contact points of the amphorae due to static vertical loading (e.g., the weight of one layer on the next), dynamic vertical loads (ships traveling over waves), and dynamic horizontal loads (ships rocking side to side).

For those who may not be familiar with finite element modeling, an object is subdivided into small pieces (or elements) and each element is analyzed both separately and as constrained by adjacent elements. This article does an excellent job of describing the modeling process.

The results of the modeling include compressive and tensile stresses on the exterior and interior walls of the amphorae. Excessive compressive loads are found, but the authors surmise these loads result in elasto-plastic deformation (short-distance shape change), which is not catastrophic. Tensile stresses on the outer surfaces, on the other hand, can lead to crack initiation and eventual failure. Failed amphorae artifacts show damage in the areas predicted by the modeling.

The open-access paper, published in International Journal of Ceramic Engineering & Science, is “Digital modeling of function and performance of transport amphorae” (DOI: 10.1002/ces2.10056).

the author Jonathon Foreman is the managing editor for journals at The American Ceramic Society.