Beate Kuhn: So Much Energy Packed Into Such a Small Space Kay Whitney

Appears in the October 2018 issue of Ceramics Monthly. 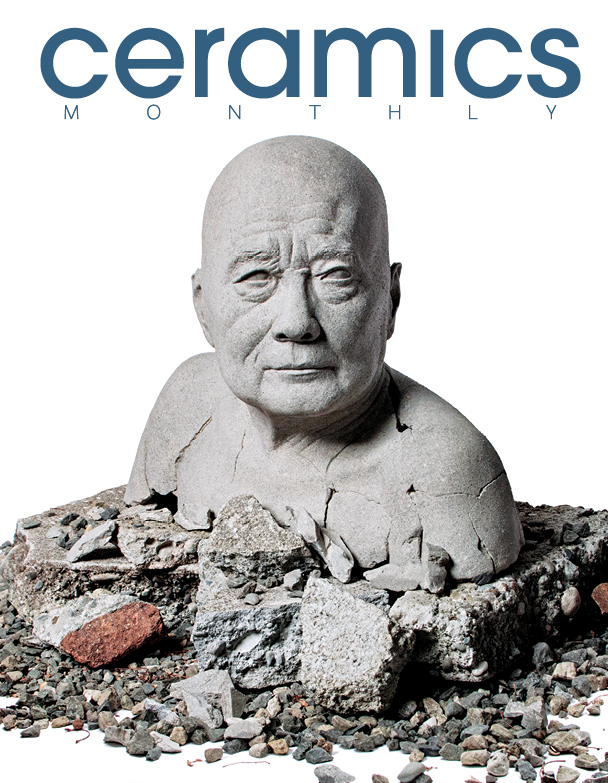 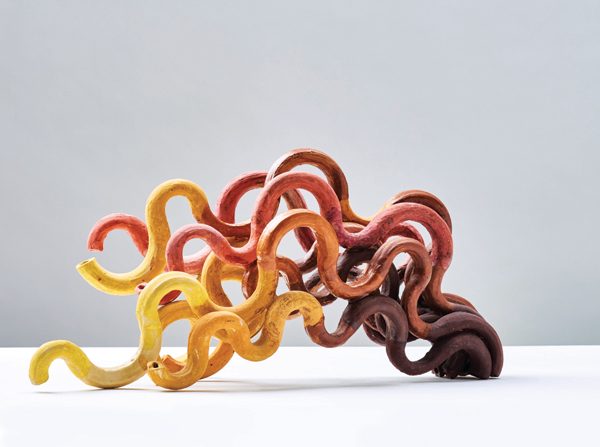 Images of nature are always metaphorical and symbolic; they represent the complex relationship between humans and their environment. German artist Beate Kuhn’s work blends the biological world with the mineral world, the man-made environment with the detailed constructions of nature. Her work represents a mixture of her own particular view of nature with formal methods of construction that mirror particular organic and inorganic structures. Because her work mixes the expressive with the analytical, it is simultaneously tough-minded and emotional, conceptual but formally beautiful; it signifies both wilderness and civilization. The foundation of her work is an observation of natural forms and processes and her formal instinctual/emotional response to them. The power of the work lies in the viewer’s inability to identify any of her forms; they resemble a range of different objects and life forms rather than any specific single one. What she creates is recognizable as an experience of nature’s fluidity. Her tools are the general patterns and structures of nature used in ways that exploit the duality of macrocosm and microcosm. Her compact and dramatic work packs an enormous amount of energy into a relatively small space. 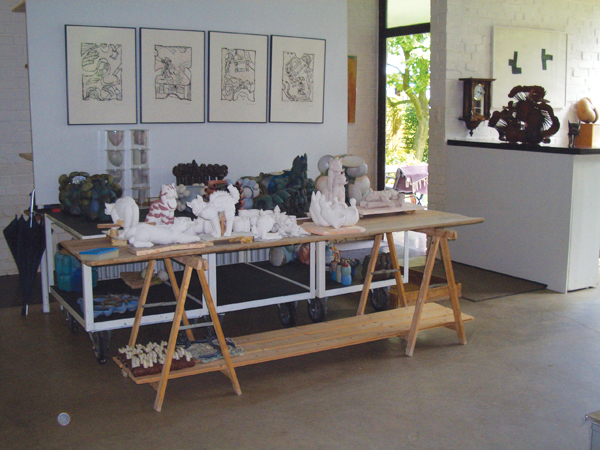 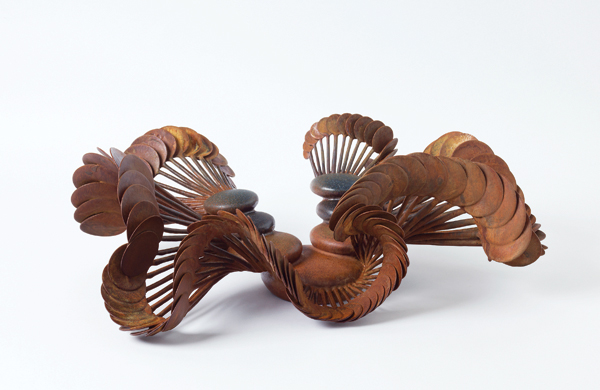 The most accurate and commonly used adjective employed to describe Kuhn’s work is incomparable. Over the course of a more than a 60-year career, Kuhn (1927–2015) created profound and extraordinarily well-crafted ceramic objects, beginning with functional ceramics, moving to sculpted vessels, and then to sculpture itself. From its beginnings, her work shattered any notions of separation between art, craft, and design—and this at a time when these distinctions were still considered fundamental within the field of ceramics. Kuhn’s work stands profoundly alone; while there is aesthetic precedence for it in the design sensibility of 20th-century Modernism and the Bauhaus, no one has made work resembling it; it is both innovative and anomalous. Although her work has strong ties to the inventive and equally innovative painter Paul Klee, her main influences are found outside of the ceramic world, in the study of nature and the sounds and structures of experimental music. 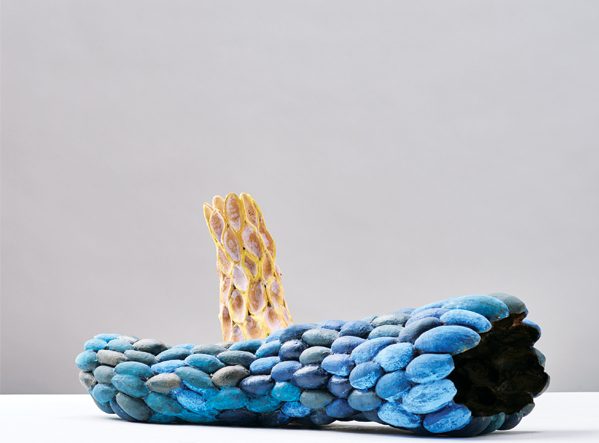 Kuhn seems to have bypassed the usual clumsy, searching beginnings typical of young visual artists. In the early 1950s, while still studying at the Werkkunstschule in Darmstadt, Germany, she was hired as a designer at Rosenthal, a major producer of high-end functional ceramics. There she became known for her oval horse-collar vases—today one of the earliest icons of the canon of mid-century Modernist forms. (Her 1955 vase Die Nachdenkliche (The Thoughtful One), was made in her own studio at the same time and strongly resembles the Rosenthal vases). From its inception, her work was deeply evocative of nature and its limitless variations; it was process-based, non-narrative, richly tactile, and fundamentally experimental. Never stagnating, her work encompassed a wide range of ceramic genres, continuously changing and developing over the course of her life. 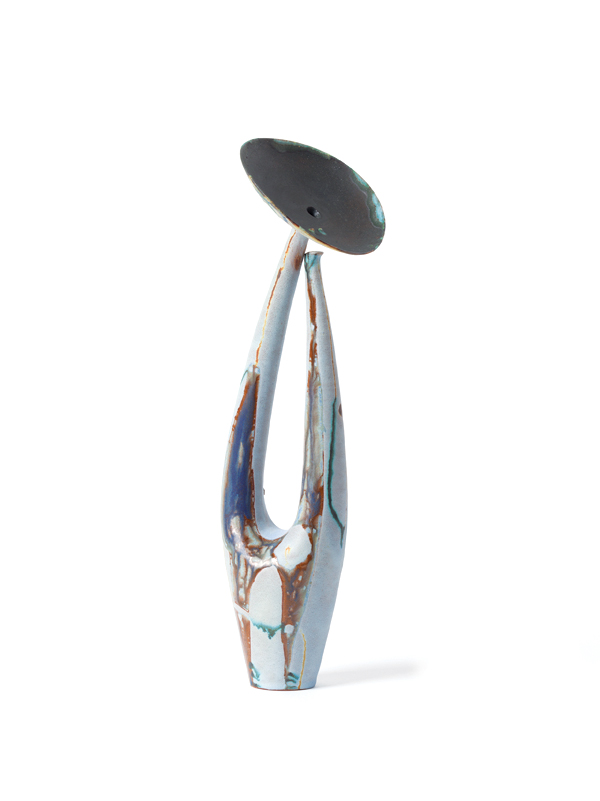 Kuhn’s sculptural work was always wheel based. Starting in the early 1960s, she began throwing vessel forms and cutting them into loosely geometric modules that were assembled into sculptural forms. This process of using basic elements such as cylinders, cones, spheres, cup shapes, and/or discs in a particular sequence was the basis for all her work. Individual units cut from the thrown shapes were put together modularly, appearing in bundled lines or in aggregating collections. This method of working mirrors processes seen in nature—growth cycles, seasons, and rhythmic changes. Her work evokes a wide range of natural forms: corals, seaweed, plants, trees, and flowers. Her pieces combining disc and tubular shapes resembled organic formations like rings of mushrooms or cacti. Although many of these pieces used white clay or stoneware, by the late 1970s she was starting to focus on the use of porcelain for her indoor sculptures. Color was always an important element in her work; at the time she shifted from utilitarian work to sculpture she began applying her own prismatic high-fire glazes with an airbrush. 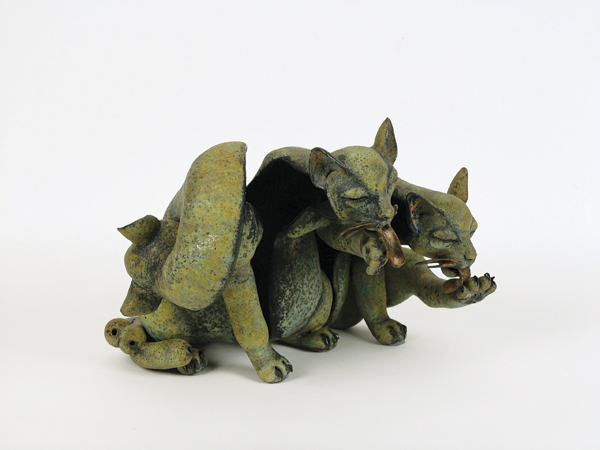 Although the work looks spontaneous and playful, Kuhn left little to chance. She made numerous, detailed fabrication drawings in which even the smallest detail was thought out in advance. These drawings bear numerous notes specifying size and color—she also constructed small maquettes. One of the most interesting design elements she developed in her work involved her use of linear, tube-like strands of hollow pieces often arranged in hemispheric shapes. These change as the viewer moves around them—they seem to be gradually opening or closing around a central, hollow space.

Kuhn’s spoon sculptures are among her most dramatic works. These are made up of discs at the end of delicate stems and are grouped in kinetic wave-forms arising from a central core of half-spheres. There is a strong implication of movement—as if the spoons were rising, falling, and twisting. Her use of color in these pieces is particularly interesting—the glazes resemble rust, their overall appearance is that of a stalled mechanized object, frozen in mid-motion. 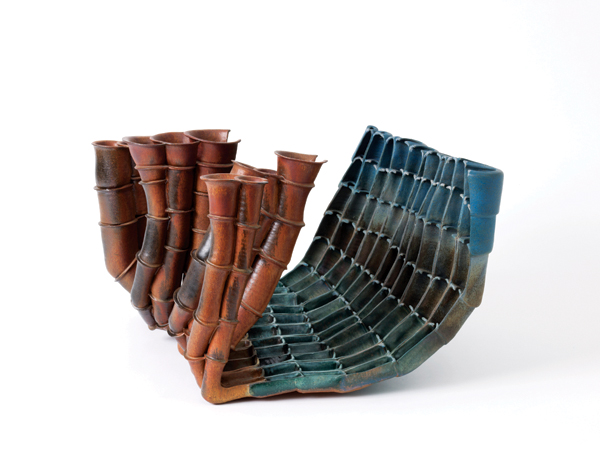 Kuhn made many depictions of cats—these are notable for their complete lack of sentimentality and their powerful combination of realism and total abstraction. These sculptural works show Kuhn’s highly developed powers of observation as well as her intensely focused design sensibility. The cats are fabricated from as many as 50 separate sections of thrown bowl forms. In combination, these repeating ovals duplicate muscular structure and typical feline postures. Even features such as ears, eyes, and paws have been made on the wheel. Although in their realism they seem starkly different from the general abstraction of her body of work, they are constructed in the same way; rather than creating strictly invented forms, the same use of abstraction creates something more specific.

Kuhn’s late 20th- and early 21st-century work is her most abstract and conceptual; each of the pieces made in the last two decades of her life is a small tour de force. Her use of space is radically different than that of her earlier years—much of the work springs linearly, rhythmically, almost levitating, from a small base. The glazed stoneware of Yellow River (2010) moves through the yellow/red spectrum from bright yellow to deepest maroon. Tubular Sculpture (1992) uses porcelain as well as stoneware—a complex nest of circular forms resembling a series of nested soap bubbles. She also made numerous densely constructed pieces whose modules resemble mussel shells including Tree (2008), which is a cylinder glazed with numerous shades of blue, from turquoise to indigo. 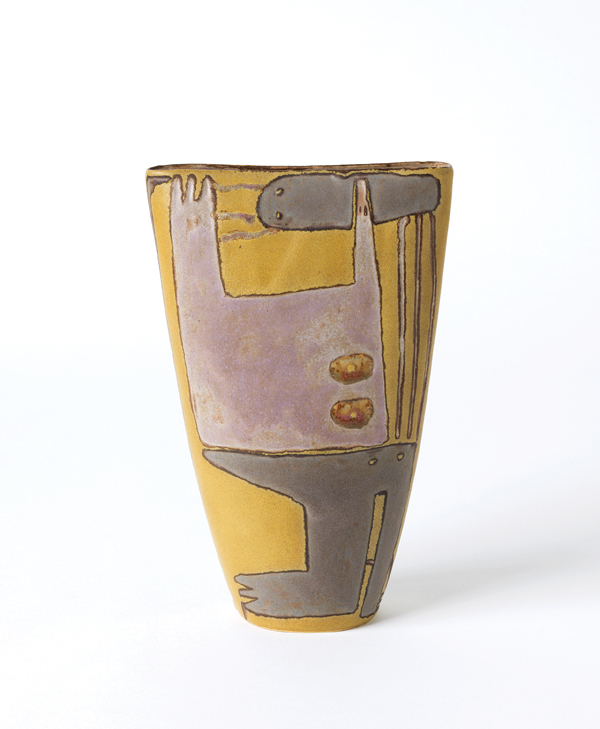 Kuhn belongs to the ranks of iconic women ceramic sculptors like Lucy Rie, Betty Woodman, Beatrice Wood, and Ruth Duckworth, extraordinary artists all of whom made significant work well into their eighth decades. At the time of this writing, Kuhn’s work is being exhibited at the Munich Pinakothek Design Museum (Die Neue Sammlung); an exhibition of almost 200 objects from nearly 60 years of work made possible by the donation of the ceramic collector Klaus Freiberger. Kuhn received numerous awards and exhibited her work in many museums including the National Museum of Modern Art in Tokyo, the Victoria and Albert Museum in London, and the MAK Museum in Vienna. She is rightly regarded by critics, gallerists, curators, and contemporary artists as the one of the most important German ceramic artists of the post-World-War-II period.